Sounders pick up dominant away win over 10-man Dynamo 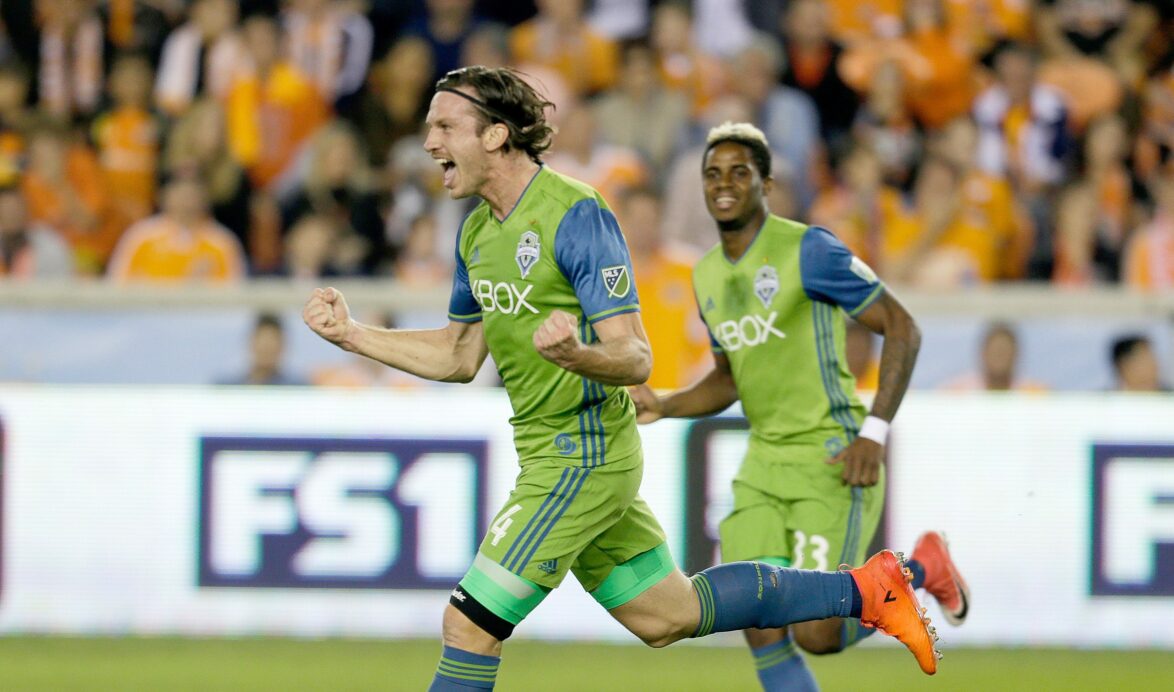 The Seattle Sounders took a major step towards returning to the MLS Cup final with a  near-flawless performance in Houston.

Gustav Svensson and Will Bruin provided a pair of away goals for the visiting Sounders, who topped the 10-man Houston Dynamo, 2-0, at BBVAA Compass Stadium on Tuesday night.

The first half proved a dreadful one for the Dynamo, who found themselves down two away goals and a man before the halftime whistle.

Gustav Svensson, fresh off a successful World Cup qualifying upset with Sweden, provided the opener finishing off a Nicolas Lodeiro cross in the 11th minute. In the 28th minute, things went from bad to much, much worse when Jalil Anibaba took down Joevin Jones in the box, drawing a red card. Joe Willis stopped the ensuing Lodeiro penalty, keeping the Dynamo in the match for the time being.

It didn’t last long, as Will Bruin scored against his former team in the 42nd minute to all but seal not just Tuesday’s match, but also the series.

In an effort to manage minutes, the Sounders took Clint Dempsey out to open the second half and proceeded to coast through a majority of the second 45. Mauro Manotas had a chance to bring the Dynamo back in the 51st minute, but the Dynamo attacker scuffed the shot after blitzing past Roman Torres.

The Sounders actually came closest to scoring in the second half. Victor Rodriguez’s curling stoppage time effort smashed the post, robbing the Sounders of a potential third away goal.

The two teams will meet up again for the second leg at CenturyLink Field on Nov. 30.

Joevin Jones was an absolute handful for the Dynamo defense as the Trinidad & Tobago star drew a penalty kick before assisting the second goal.

Down a goal and a man, the Dynamo were managing the game and staying alive. Then Will Bruin scored just moments before halftime, adding a second away goal that all but sealed the series.

Jalil Anibaba’s dismissal doomed the Dynamo on the night while also pushing the team very close to elimination.