An early look at the eight World Cup groups 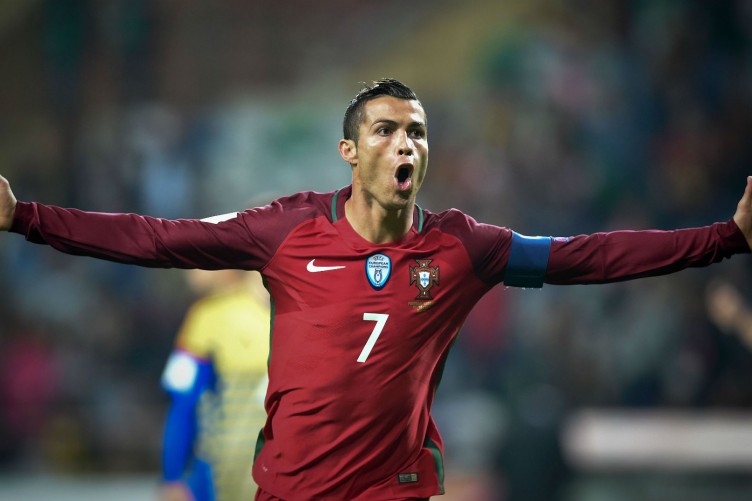 The draw for the 2018 World Cup presented us with plenty of mouth-watering showdowns between the giants of world soccer along with a handful of intriguing groups that could produce shocking results.

Group F featuring Germany, Mexico, Sweden and South Korea can be looked at as the most difficult on paper, but don’t sleep on Group D that includes Argentina, Iceland, Croatia and Nigeria.

Group B may not be the toughest, but it gives us one of the best games of the group stage between Spain and Portugal. Other group stage clashes include Belgium-England in Group G and Poland-Colombia in Group H.

Here’s an early look at how the eight groups will play out in six months time in Russia.

The opening match of the World Cup doesn’t scream excitement in the slightest with Russia playing Saudi Arabia, but the other game to open Group A between Egypt and Uruguay could go a long way in determining the group winner.

The host country will undoubtedly be playing with pride, but Russia’s talent might not be enough to keep up with Mo Salah and Egypt or Uruguay led by Luis Suarez and Edinson Cavani.

Uruguay appears to be the favorite in Group A, with Russia and Egypt fighting it out for second place.

It’s going to be hard for anyone to pick against Portugal and Spain advancing to the knockout round, even if they have to play each other.

The first marquee clash of the World Cup will feature the Iberian nations in Sochi on June 15. Barring a breakdown later in the group phase, the winner of that game should finish first with the loser going into second.

Iran may have been a darkhorse in any other group given its terrific qualification record, but it may be doomed against the pair of European giants.

Led by Antoine Griezmann, Paul Pogba and Kylian Mbappe, France will enter Russia as one of the favorite to win the World Cup, and it has an easy path to the knockout round.

However, the race for second place could be one of the most intriguing storylines of the group phase.

Australia is looking to get out of the group for the first time since 2006, Denmark has made the round of 16 in three of the four World Cup its participated in and Peru is looking to make a splash in its first trip to the world’s largest competition since 1982.

Both openers in Group D are enticing affairs with Argentina starting the quest for the crown jewel in Lionel Messi’s resume against upstart Iceland. Croatia and Nigeria are usually difficult outs in international tournaments, and starting on the front foot will be crucial in this tricky group.

Argentina has the superior talent to place first in Group D, but it will face an immense amount of pressure to succeed in Russia and cement Messi’s legacy.

Many fell in love with Iceland at Euro 2016, but will it provide the same performance on an even bigger stage? Croatia has only gotten out of the group stage once, and that was when it placed third at France in 1998. The squad led by Ivan Rakitic and Luka Modric will be looking for a breakthrough in a group that is wide open underneath Argentina.

Keep an eye on the Super Eagles with their wealth of Premier League talent and veteran John Obi Mikel patrolling the midfield.

The Ticos have the best chance to advance to the knockout round of the three CONCACAF entrants, and they have no fear against the giants of the game as we saw in Brazil in 2014.

Switzerland and Serbia are also dangerous nations that could cause trouble for a Brazilian side ready to prove 2014 was just a fluke.

Based on talent alone, Brazil will win this group with ease, but the games have to be played out on the field.

If you were to designate one group as the Group of Death, Group F would be easy to tag.

Germany and Sweden are no slouches out of UEFA, Mexico dominated the Hex in CONCACAF and South Korea has won a game in three of its last four World Cups.

The three giants of the group could easily beat up on each other with South Korea sliding into the role of spoiler throughout the group stage.

One has to think Germany’s quality will prevail, with the second-place team facing a difficult task to the final with Brazil lurking from Group E.

Belgium and England have everything set up for them to cruise into the knockout round, and they’ll both have an keen eye on Group H, where potential round of 16 opponents Poland and Colombia lie.

Tunisia is back in the World Cup for the first time since 2006, and it has never reached the knockout round, while Panama is making its first appearance in the competition.

The clash between Belgium and England on June 28 in Kaliningrad should be for first place in the group if everything goes to plan, but don’t count out the minnows in this group looking to make a splash.

Poland has been waiting for its shining moment at the World Cup for a few years with Robert Lewandowski scoring at will. It will face a test against Colombia on June 24 in Kazan, but outside of that, it should take care of business against Senegal and Japan.

Colombia captured our hearts in 2014 with its run to the quarterfinals, and it possesses one of the most dynamic attacks in the tournament with James Rodriguez, Juan Cuadrado, Radamel Falcao and Carlos Bacca on the roster.

Senegal is led by Liverpool’s Sadio Mane, who could be one of the breakout stars of the tournament and he could be the X-factor that blows up the predicted results in Group H.

Japan has European-based talent strewn across its roster, but it’s had an up-and-down time at the World Cup in the past with two round of 16 appearances and three group stage exits in its last five World Cups.