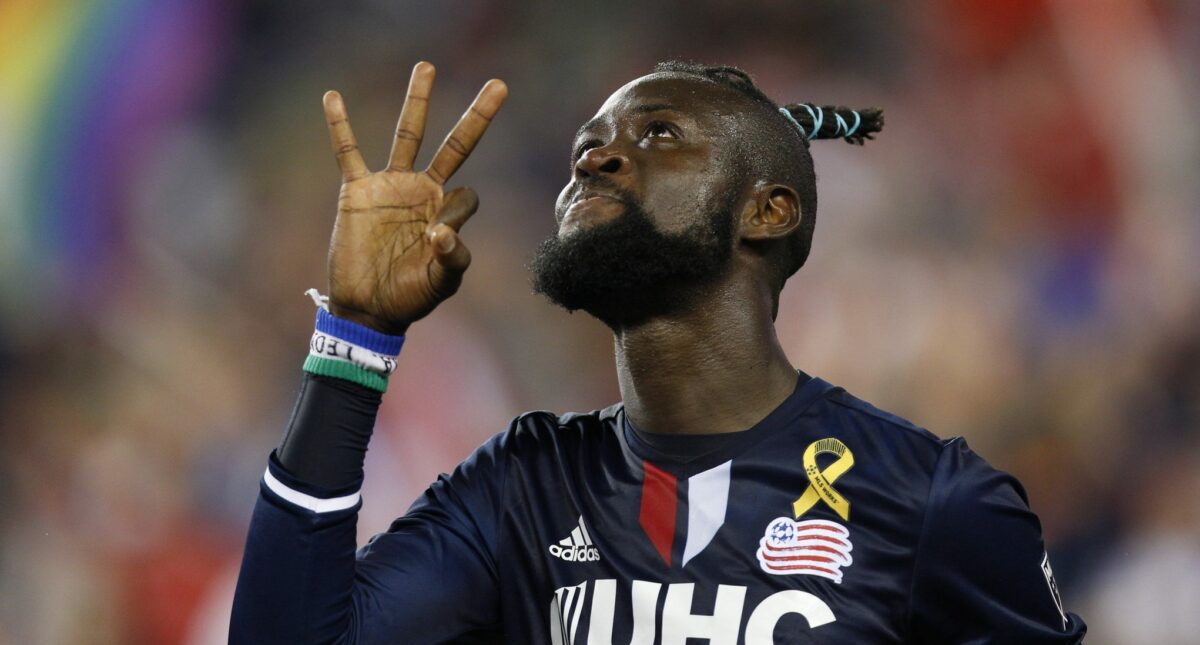 Here’s a closer look at all of the day’s action:

Kamara is an MLS veteran with 98 career goals, good for tenth all time in league history. The 33-year-old started 27 games for the Revs in 2017, scoring 12 goals.

Los Angeles FC added defender Walker Zimmerman from FC Dallas for $250,000 in General Allocation Money, $250,000 in Targeted Allocation Money and the No. 1 position in the MLS Allocation Ranking. Zimmerman will join the 2018 expansion side after five seasons in Texas. He was originally drafted seventh overall in the 2013 MLS Draft and made 71 starts before the move.

Defender Frederic Brillant is heading down the Atlantic coast to D.C. United. In exchange, D.C. are sending $75,000 in General Allocation Money and an international roster spot to New York City FC.

Brillant did not have his contract option picked up by his now former club, and he’s signed a new two-year deal with D.C. United. He made 54 regular season appearances in his two years at Yankee Stadium.

The Dynamo brought in veteran attacking midfielder Arturo Alvarez from the Chicago Fire in exchange for a second round pick in the 2019 MLSDraft. Alvarez has been in the league for 12 years, spending time with the Fire, Real Salt Lake, FC Dallas, and the San Jose Earthquakes. The El Salvador international has 32 goals in 237 career appearances.

D.C. made another move by acquiring forward Darren Mattocks from the Portland Timbers for an international roster spot. Mattocks came to Portland from the Whitecaps in 2016 and proceeded to become a valuable piece off the bench. He made 43 appearances, 20 were as a substitute, and scored five goals during his time in Oregon.

Atlanta United brought in Tyler Pasher, Kevin Oliveira, and a second round pick in the 2018 raft from Sporting Kansas City. They sent over Kenwyne Jones, Alex Tambakis and their fourth-round pick in the 2021 Draft. Oliveira is a 21-year-old midfielder with all of two MLS appearances and Pasher is a 25-year-old fullback with one MLS appearance after two seasons in the USL.

SKC gets the recently-retired Kenwyne Jones, who arrived with much fanfare in Atlanta but rarely contributed to the first team in his only MLS season. They are also getting Alex Tambakis, Atlanta’s third string goalkeeper.

In a separate move, Atlanta sent an international roster spot to LAFC for their fourth-round pick in the 2018 Draft.