As 2018 begins, all eyes are on the World Cup for the USWNT 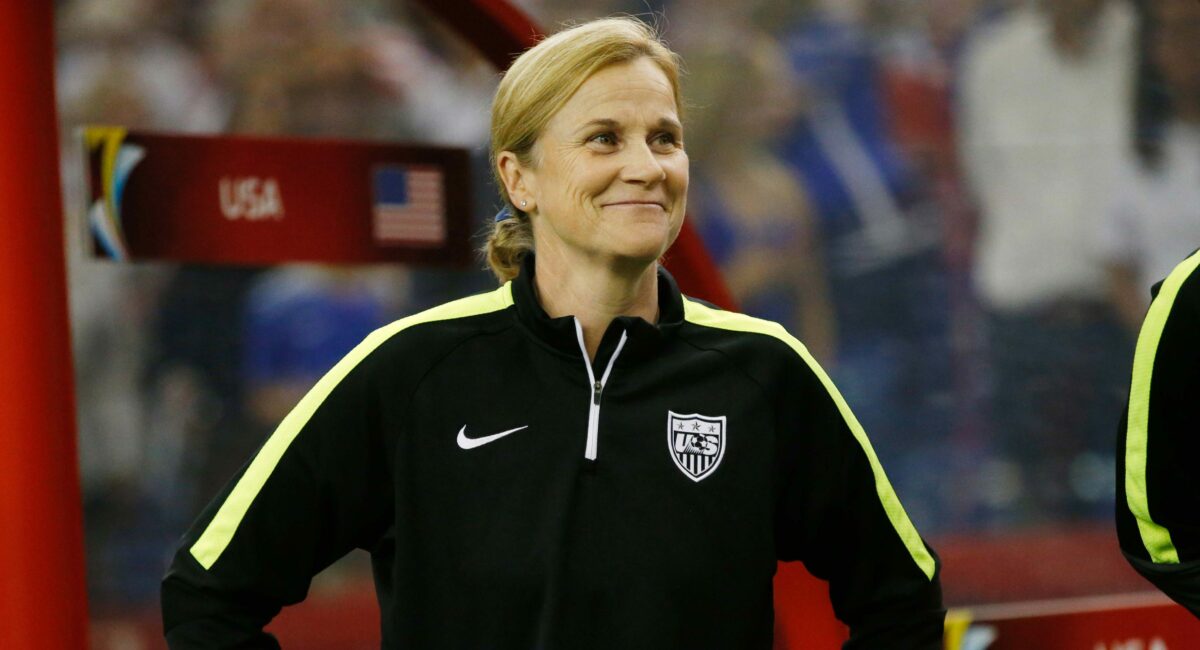 The U.S. Women’s national team is back in session, with plans to build on the strong end to 2017. First up for the reigning world champions is a match against Denmark on Sunday (7:30 p.m., ESPN) that concludes their annual January Camp.

The matchup against the runners-up at last summer’s European Championships is an example of continuity from 2017. Their off year was notable for the high caliber opponents the USWNT played, and Denmark can certainly be classified as such. The tests are important, as the team prepares for the CONCACAF Women’s Championships in nine months’ time.

“All the European teams are getting better and better, and Denmark’s one we can really look at,” midfielder Lindsey Horan said earlier this week. “It’s going to be a challenge for us.”

An unexpected challenge this time around has been losing co-captain and veteran center back Becky Sauerbrunn, who was sent home at the beginning of camp with a stress reaction in her right foot. She will miss several weeks as a result, meaning head coach Jill Ellis will be tasked with figuring out who exactly will be the defender’s backup. The task is certainly a tough one, as Sauerbrunn has been one of the game’s better defenders over the last several years and a crucial rock for a backline that has experienced changes over the last year.

Since Ellis switched to playing a 4-3-3 last summer, Sauerbrunn has hardly been rotated out, as she had been building a partnership with Abby Dahlkemper. Julie Ertz, Taylor Smith, and Casey Short have rotated the few minutes the team has played without the co-captain. Playing any of them presents its own complications, though. Ertz has excelled over the last year as a defensive midfielder, taking the prize of U.S. Soccer Female Player of the Year in 2017, and moving her leaves another position unfilled. As for Short and Smith, the two of them have mostly been options at right back for the national team in 2017, a spot where Ellis is still seemingly undecided. Emily Sonnett, center back for last season’s NWSL champions, the Portland Thorns, may get a shot, though she has not played a minute for the team since October of 2016.

Competition is just as fierce in other areas the field. The competition at wide forward, in particular, has heated up this month, with a few names looking to join Megan Rapinoe and Alex Morgan up top. Lynn Williams and Christen Press have competed for the gig, and now Mallory Pugh, who spent time out with a hamstring injury at the end of last year, joins her. Additionally, Crystal Dunn has officially made her NWSL return, joining Williams at North Carolina Courage after spending a year with Chelsea. The move to England sometimes made her unavailable for national team camps, a problem that should not arise following her relocation. That does not begin to consider Tobin Heath, who, like Pugh, spent a significant amount of time out with injury in 2017 and again misses camp after minor ankle surgery.

As 2018 begins, the answers to the questions posed by the end of 2017 must be answered. As Horan said, “everything that we do now is focused on 2019 and that World Cup.”

From each camp to individual work outside of it and club performances, next year’s World Cup is on the minds of everyone on the team.