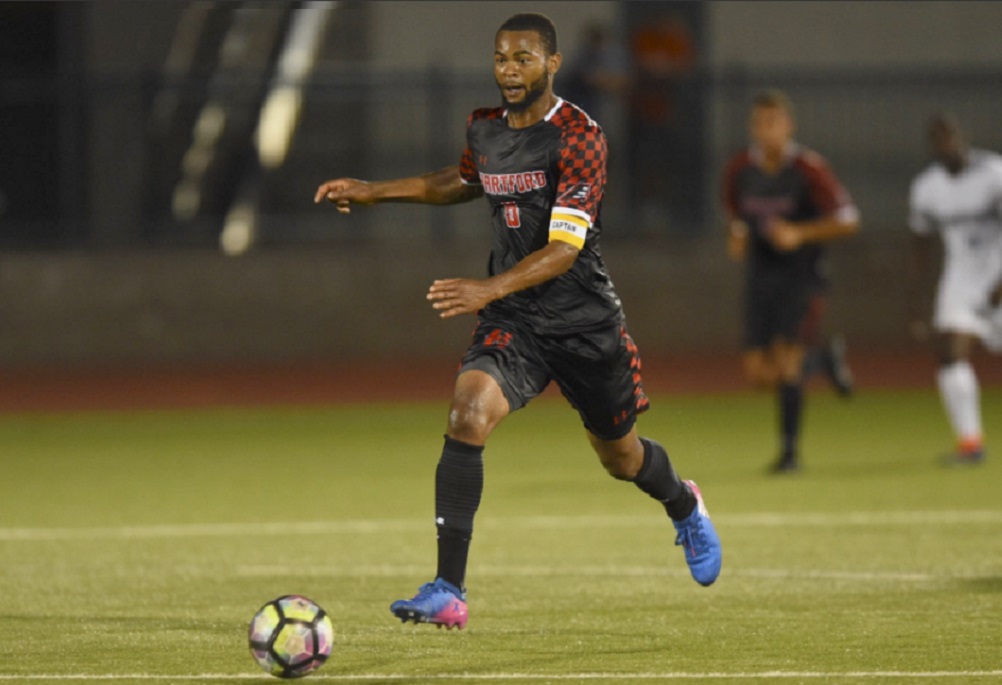 The MLS Combine is rolling in down in Orlando and providing fans with electric goal scoring.

Hartford defender Andre Morrison smacked this one home on the half-volley top put his Team X ahead of Nemeziz, 1-0:

Morrison sits at number 40 on SBI’s latest Big Board ranking the top prospects in the upcoming MLS Draft. The Jamaican is a four year starter on the University of Hartford backline. He was first team All Conference in the America East for the 2017 season.