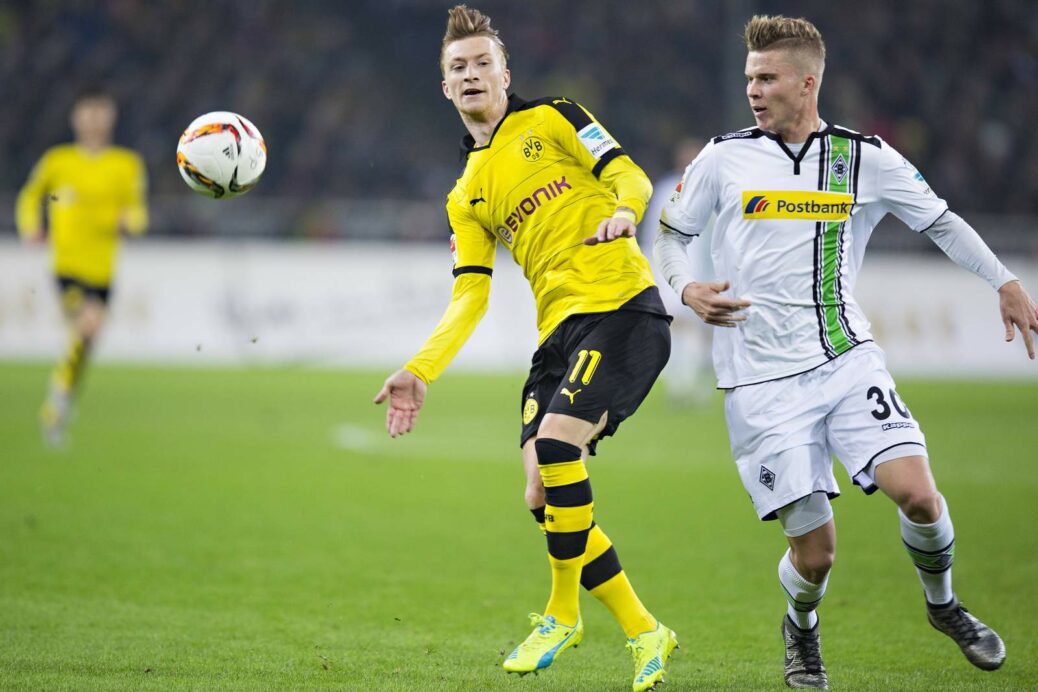 Round 23 of the German Bundesliga begins on Friday but the headliner will be the weekend’s finale from Borussia-Park on Sunday. Borussia Monchengladbach welcomes rivals Borussia Dortmund to town for the second Borussen Derby of the season. Dortmund were 6-1 winners in the first meeting back in September, and will hope to do the same this time around. The visitors have won their last two league matches, defeating Koln and Hamburg respectively. Chelsea loanee Michy Batshuayi has scored three goals in his first two appearances with Dortmund, while Christian Pulisic has added a pair of assists. Gladbach are six points back of their rivals in the standings, looking to end a three-match slide in league play. The hosts will look to playmaking midfielder Thorgan Hazard (seven goals) to spark their offense, who has failed to score in their last three matches.

Elsewhere, the fifth round of the English F.A. Cup begins this weekend with several Premier League sides remaining. Bayern Munich travels to Wolfsburg in Bundesliga play, while the Turin Derby takes centerstage in Italy. Marseille hosts Bordeaux in the final Ligue 1 match of the weekend, while Atletico Madrid welcomes Athletic Bilbao to town in Spain.

Huddersfield Town will look for a huge upset this weekend in the F.A. Cup as they host Manchester United at home. The Terriers defeated the Red Devils 2-1 in league action back in October, before falling 2-0 at Old Trafford earlier this month. David Wagner’s men needed a 4-1 replay win over Birmingham City to advance into the fifth round, while Man United eased past Yeovil Town. United are coming off a 1-0 league defeat at Newcastle last weekend, and have struggled at some key moments of the season. Romelu Lukaku and Jesse Lingard each have two goals in the competition, while Steve Mounie has two for the hosts.

EPL leaders Manchester City will travel to third-tier opposition on Monday, facing off with Wigan Athletic. The last time these sides met in the F.A. Cup was in the May 2013 final, which Wigan captured by a 1-0 scoreline. Wigan will look to Northern Ireland international Will Grigg to lead the line, after his six goals already in this competition. Manchester City are coming off a 4-0 beatdown of Basel in the UEFA Champions League and will be heavy favorites to advance. Sergio Aguero has two goals in the F.A. Cup so far, while four others have contributed as well.

Here’s all of this weekend’s F.A. Cup fixtures:

After being held at home last weekend, Barcelona will look for three points on the road at Eibar on Saturday. Ernesto Valverde’s men hold a seven point advantage in the league table over Atletico Madrid, and cannot afford any slip-ups. Lionel Messi and Luis Suarez are one of the deadliest attacking duo’s in Europe, totaling 36 league goals so far this season. Eibar are unbeaten in four-straight, including a pair of wins over Sevilla and Leganes respectively. Brazilian forward Charles leads the hosts with six league goals this season, while midfielder Joan Jordan has five goals and two assists.

Sunday’s premier clash comes from the Wanda Metropolitano as Atletico Madrid welcome Athletic Bilbao to town. The hosts are Barcelona’s closest competition in the league title race, and have won their last three league fixtures. Defensively, Atletico are La Liga’s best conceding only nine goals through 23 matches. Offensively, Antoine Griezmann has eight goals this season for Diego Simeone’s team. Athletic Bilbao are winless in their last five matches, failing to score in two of those five. The ageless wonder Aritz Adruiz leads the team with eight league goals and has 16 in all competitions.

League leaders Bayern Munich should have no problem on the road this weekend, facing off with struggling Wolfsburg. The visitors are looking for their 10th consecutive league win this weekend, after a 2-1 triumph vs. Schalke last Saturday. Robert Lewandowski has five goals since the start of the new year, and 25 in all competitions this season. Wolfsburg are losers of two straight and sit four points clear of the drop zone. Belgian international Divock Origi is the danger man for Wolfsburg, with five goals in 19 appearances this season.

The Turin Derby kicks off Sunday’s action in Italy’s top-flight this weekend as Torino play hosts to rival, Juventus. Torino are unbeaten in their last five league matches, with three of them being wins. With Andrea Belotti down in production from a year ago, Spanish forward Iago Falque leads the team with nine goals and five assists. Juventus are coming off a 2-2 UCL draw vs. Tottenham midweek, in which they did not make the most of their offensive chances. Gonzalo Higuain scored a brace, but also struck a penalty kick off of the crossbar. The Old Lady looks like the biggest threat to league leaders Napoli in the race for the league title, and cannot afford dropped points especially to rivals. Paulo Dybala and Higuain are tied for the team lead in goals with 14 apiece.

A pair of top seven sides will conclude Sunday’s action as AC Milan hosts Sampdoria at the San Siro. Milan are unbeaten in their last eight matches in all competitions, with four of those eight being league wins. The hosts may not have a goalscorer in double digits yet this season, but have plenty of options up top. Suso (six goals), Patrick Cutrone (five goals), and Nikola Kalinic (four goals) are all options. Sampdoria are unbeaten in five-straight, with points against Fiorentina and Roma twice standing out as impressive. Fabio Quagliarella has 17 goals this season, including five in 2018.

Sunday’s finale in Ligue 1 comes from the Stade Velodrome as Marseille faces off with Bordeaux. The hosts are sitting in third place, and are unbeaten in their last seven matches. Florian Thauvin is the only Marseille player in double digits in both goals (14) and assists (10) so far this season. Bordeaux are in seventh place, but are way back from the European qualification spots. Four wins in a row have them in good form for this tricky road test, which Bordeaux haven’t won since April 2015. Brazilian playmaker Malcolm has been a joy to watch this season, and has eight goals and six assists so far for the visitors.