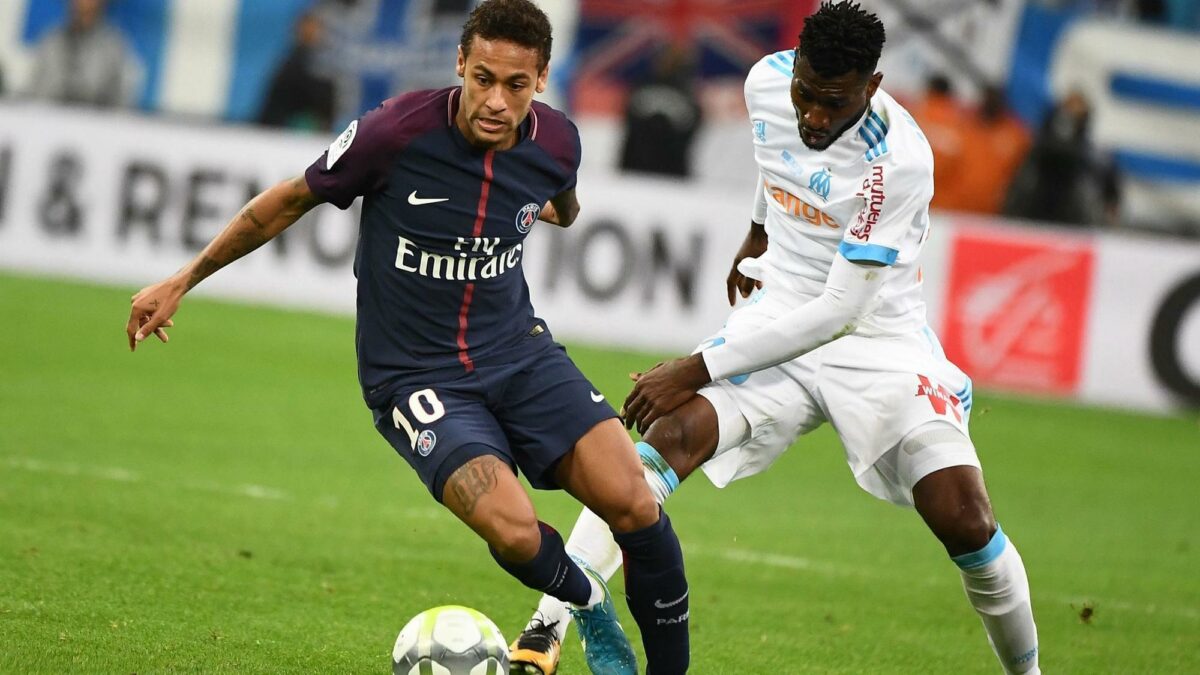 In their last meeting with one another in France’s top flight, PSG and Marseille shared the points in a thrilling 2-2 draw at the Stade Velodrome. These league heavyweights will do battle for the second time this season at the Parc Des Princes this Sunday hoping for three points this time around. PSG are winners of four straight in league action, rolling past Strasbourg 5-2 their last time out. Neymar, who was sent off in the last meeting between these two, has 19 goals and 11 assists in league action this season. Marseille have had an unbeaten start to league action in 2018 so far. Florian Thauvin has been the main man for them this season, but midfielders Morgan Sanson and Dimitri Payet are also creative playmakers for the team.

The must-watch clash in the EPL this weekend sees Manchester United host Chelsea at Old Trafford on Sunday. Jose Mourinho’s side are coming off a scoreless draw in Champions League play midweek, where they were heavily dominated by Spanish opposition. Summer signing Romelu Lukaku leads the Red Devils with 20 goals in all competitions this season. Chelsea drew 1-1 with Barcelona midweek, but were winners in their last two fixtures before that. Eden Hazard has 15 goals in all competitions for the Blues, and is one assist away from hitting double digits in that category as well.

Manchester City and Arsenal meet for the second time this season, playing for the Carabao Cup on Sunday. Pep Guardiola’s men are trying to get back to form after a disappointing 1-0 loss in F.A. Cup action at Wigan on Monday. Sergio Aguero leads the Citizens with 29 goals in all competitions, including five in his last three matches. Arsenal have had a disappointing Premier League campaign to say the least, but will hope to collect their first silverware of the year. With Alexis Sanchez gone, Pierre-Emerick Aubameyang and Mesut Ozil are two players to watch offensively for the Gunners in this one.

Barcelona will look for their second home league win this month, as they welcome Girona to the Camp Nou. Ernesto Valverde’s side drew 1-1 with Chelsea midweek, after Lionel Messi drew them level. The Argentine has 27 goals and 14 assists this season in all competitions. Girona has posted a pair of shutouts in league play this month, defeating Athletic Bilbao and Leganes. Former Middlesbrough and Espanyol man Christian Stuani leads the team with 13 league goals this campaign.

A pair of top-five teams square off this weekend as Sevilla hosts Atletico Madrid on Sunday. The hosts are unbeaten in four straight, winning three of those four matches. Wissam Ben Yedder leads the team with 17 goals this season, including six in league action. Atletico seem like Barcelona’s lone threat in the title race. Six wins in a row in all competitions have also seen the side advance in the UEFA Europa League as well. Antoine Griezmann’s numbers may be down in comparison to years past, but he will look to add to his 13 goals this weekend.

Saturday’s action gets underway at the home of the league leaders as Bayern Munich hosts Hertha Berlin. After a 5-0 thumping of Besiktas midweek in UCL action, Bayern are seeking their 15th consecutive win in all comps. Thomas Muller is in good form with three goals in his last three appearances. Berlin fell 2-0 last time out against Mainz, being held scoreless for the third time in their last six matches. 32-year-old Salomon Kalou leads the team with nine goals this season.

Borussia Dortmund closes out this weekend’s action as they host Augsburg on Monday. The hosts are seeking their fourth straight league win after three in a row. The arrival of Michy Batshuayi and the return of Marco Reus have added dynamic elements to the Dortmund attack. Augsburg have lost two straight after an impressive win over Frankfurt to kick off February. Iceland international Alfred Finnbogason leads the team with 11 goals but none since the end of last year.

The first of two top fixtures in Serie A this weekend takes place at the Allianz Stadium on Sunday between Juventus and Atalanta. Juventus are breathing down the necks of league leaders Napoli, sitting only a point behind them in the standings. This will be the first of two meeting between the teams in the next four days with them set to duke it out in Coppa Italia action next Wednesday. Gonzalo Higuain and Paulo Dybala have combined for 28 league goals this season for Juve. Atalanta are coming off elimination in the Europa League after falling 4-3 on aggregate to Borussia Dortmund. Bryan Cristante and Josip Ilicic have combined for 14 league goals for the visitors, and will be the duo to stop for Juventus’ defense.

Sunday’s action concludes at the Olimpico with AS Roma hosting AC Milan. Roma fell 2-1 midweek in their Champions League Round of 16 first leg against Shakhtar Donetsk. Cenzig Under has been the man on form for Roma, scoring five goals in his last four appearances. Milan are winners of four straight in all comps, including a pair of wins in the Europa League over Ludogorets. Patrick Cutrone has led the team with two goals over his last three league outings.

Sunday’s early showdown in Ligue 1 will see a pair of top ten sides square off at the Nouveau Stade Bordeaux. Hosts Bordeaux fell 1-0 last weekend against Marseille, snapping their four match winning run in the league. Brazilian playmaker Malcom leads the team with eight goals, but has cooled off in the second half of the season. Nice has really taken a tumble down the standings, losing three of their last four league fixtures. Italian striker Mario Balotelli leads the team with 13 goals, including three since the start of 2018. Nice triumphed 1-0 against Bordeaux in their first matchup this season back in December.