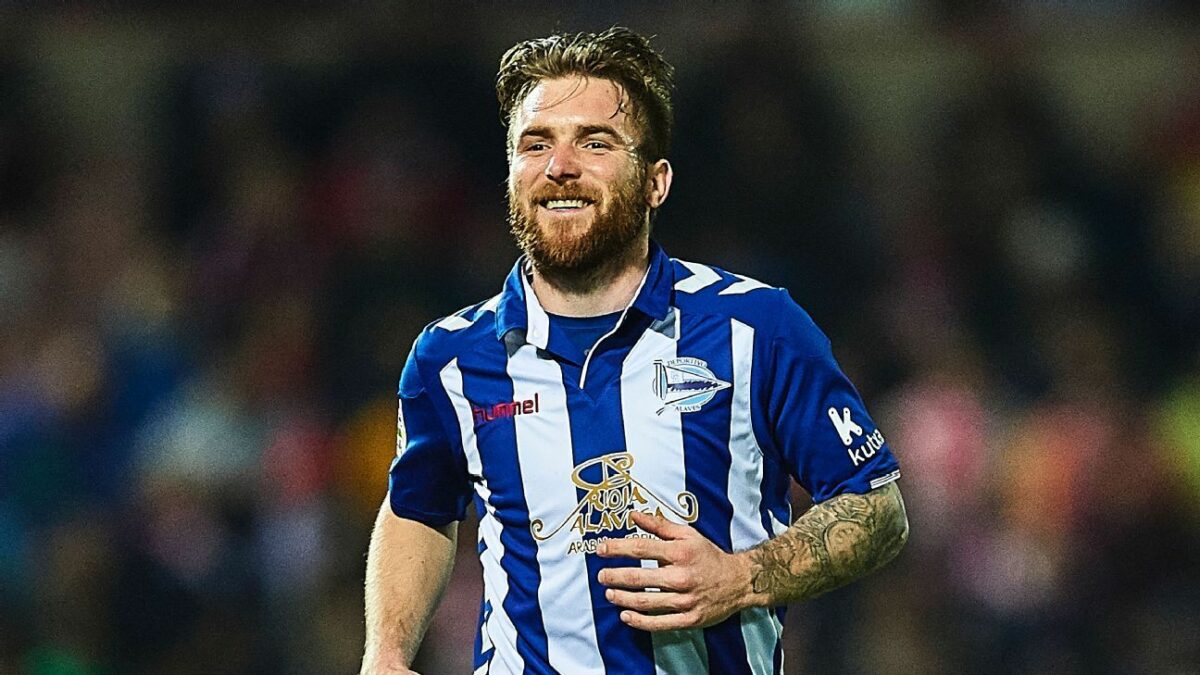 The latest offseason addition for the Chicago Fire comes from La Liga.

The Fire announced on Tuesday that they acquired Aleksandar Katai on loan from Alaves. The 27-year-old previously played for Olympiacos and Red Star Belgrade and has six caps for Serbia.

“Aleksandar should make our attack more diversified,” Fire president and general manager Nelson Rodríguez said. “He has the ability to turn a game on a single play whether it be off the dribble, with a pass or cross or even on set pieces. His desire to triumph should also fit well in our locker room.”
“I am excited to join my new teammates and for the opportunity to work with Veljko Paunovic and the rest of the coaching staff,” Katai said. “We will do everything to win a championship for the city and our supporters, and I can’t wait to score in front of our fans.”
Katai joins homegrown signing Grant Lillard, Rafael Ramos and draft picks Jon Bakero and Mo Adams as new additions for the 2018 season.

After reports broke out last week about Felipe Gutierrez signing with Sporting Kansas City, the club made it official on Tuesday.

The Chilean midfielder joins Sporting KC as a designated player and has signed a three-year contract with the club.

“Felipe has a tremendous amount of experience playing in very difficult environments in top-level competitions,” Sporting KC manager Peter Vermes said. “He also possesses the DNA that we look for in players that fit our style. He is excited about joining the club and we are ecstatic for him to be a part of our team.”

The 27-year-old was on loan at Internacional in Brazil from Real Betis before joining Sporting KC.

Gutierrez appeared at the 2014 World Cup for Chile and has a total of 35 international appearances to his name.

D.C. in talks to acquire Fisher

D.C. United are close to bringing in full back Oniel Fisher in a trade with the Seattle Sounders, per the Washington Post.

The deal would reportedly be for a small amount of allocation money and would add depth for the Black and Red on the defensive flanks.

Fisher, a Jamaican international, has made 18 starts for Seattle since joining the club in 2015.

The jerseys for the 2018 season continued to be unveiled on Tuesday, with the Chicago Fire and LA Galaxy releasing their home strips.

Both teams stuck with their traditional colors for their home jerseys, with the Fire decked out in red and the Galaxy in white.

The Portland Timbers will continue to have Alaska Airlines as their jersey sponsor, as the two parties agreed to a multi-year deal.

Alaska Airlines has been the shirt sponsor for the club since its MLS debut in 2011.

Crew agree to multi-year partnership contingent on staying in Ohio

The Columbus Crew agreed to a three-year partnership with Columbia Gas, but the deal rides on the team staying in Ohio past the 2018 season.

If the Crew stay put instead of moving to Austin, Columbia Gas’ support of the team will increase 33 percent in 2019 and 2020.