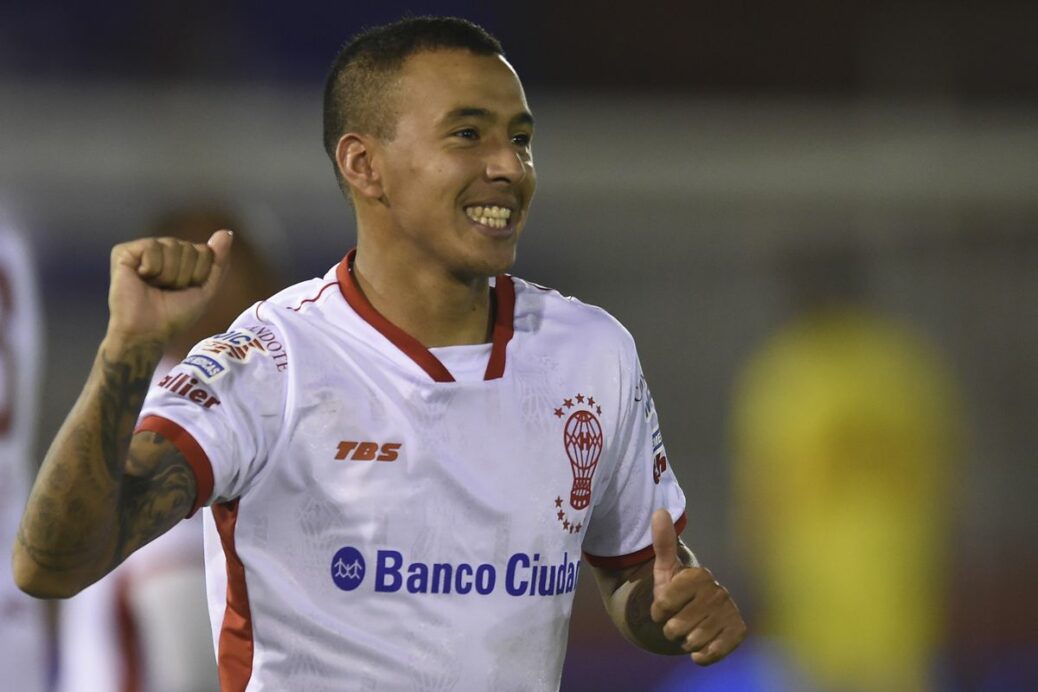 After more than eight weeks of waiting, Alejandro Romero Gamarra is finally a New York Red Bulls player. Denis Hamlett, the team’s sporting director, saw that as a reason to reward himself.

“I was finally able to sleep in the morning, which was a good thing,” he said on Saturday.

Over the course of the last two months, the deal seemed in doubt from the outside, but the Red Bulls never wavered. Speaking to members of the media via conference call, Hamlett said that “the key thing was our ability to, all of us, to stay calm and stay focused.” It was all because, once they discovered him, Hamlett and Red Bulls head coach Jesse Marsch had put him at the top of their list.

Hamlett and Marsch were looking for a player of Gamarra’s abilities as early as September, when they spoke to consultant, Scott Pearson. After getting a list of names, Hamlett and Marsch settled on the Argentine. A trip to Estadio Tomás Adolfo Docó, home of Club Atlético Hurácan was in short order to watch and speak to the player himself.

By the time Hamlett and Marsch had gotten to Buenos Aires, they were already impressed by his talents, but after a conversation, they were convinced. Hamlett described him as “engaged” in the conversation, where they discussed the Red Bulls’ style of play, and added that he was impressed by the questions Gamarra was asking. “All the boxes were ticked,” Hamlett said.

Hamlett admitted that Hurácan was perhaps a bit too quick to announce the player’s departure at the end of December. Clubs outside of the United States and Canada “don’t really understand the way our league is set up,” the sporting director said. “We kind of had to remind them [about] the length of the process.”

Despite all of the drama, changing targets during the eight week saga was out of the question.

“We just felt like this is the right guy, the guy that we wanted to get,” Hamlett said, “so that’s why we stayed strong throughout the whole process.”

Having “a constant line of communication” with Gamarra and Hurácan president Alejandro Nagur during the process helped. Eventually, though, Gamarra made his way to the United States, completing a medical and signing a contract in the last few weeks.

Now that the wait to sign Gamarra is over, the wait for his debut begins. Hamlett said that the player “has been training with the team the last couple of days,” and while the decision is up to the coaching staff, there might still be some time before Gamarra plays his first minutes in a Red Bulls jersey.

“He missed a chunk of preseason,” Hamlett said. “He hasn’t played since December. … We just have to be smart and mindful to make sure we bring him along the right way.”

Hamlett, though, noted that while the season begins shortly, it is a long one. “We want to make sure to integrate him from a physical standpoint,” he said. Having a “tactical understanding” is important, also. That way, they can make sure “he has a clear understanding so when he steps on the field, he has clarity.” The sporting director also remained quiet on where Gamarra would play on the field, noting that it was a question for Marsch and his staff.

Now, the focus can solely be on the side’s CONCACAF Champions League Round of 16 match against CD Olimpia on Thursday, the first match of their season. It is unknown whether or not Gamarra will participate, but either, Hamlett said, “I’m super excited it’s finally over with.”