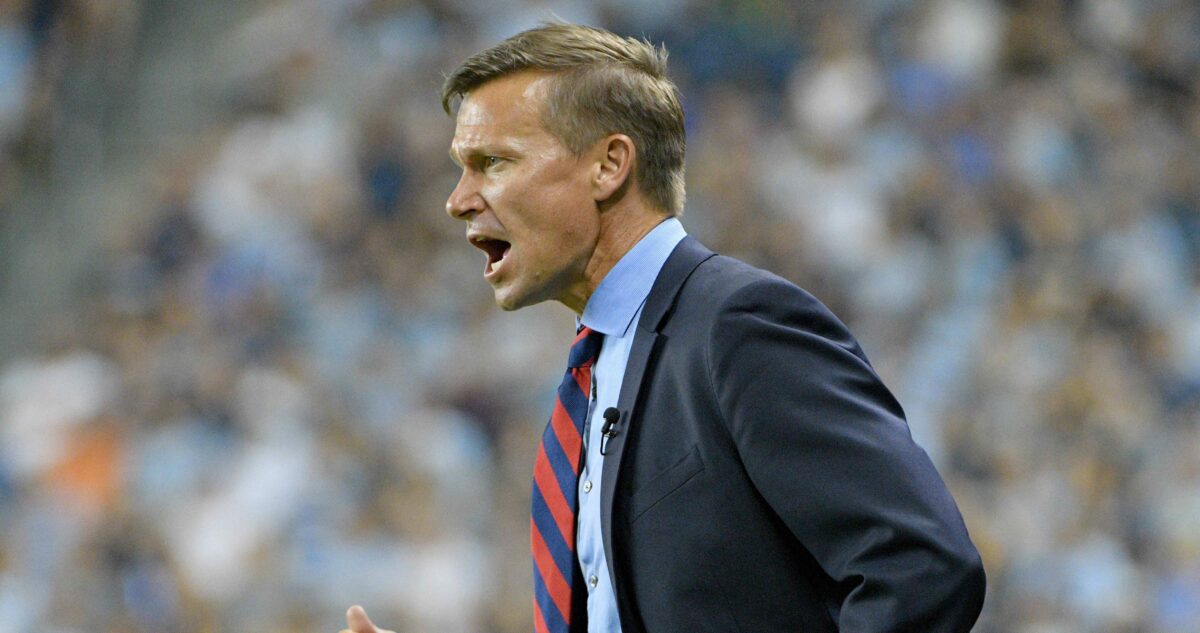 Dax McCarty. Sacha Kljestan. Two Red Bull captains, each traded in consecutive years by the organization that leaned so heavily on them. Despite the chatter surrounding the departure of the latter, Jesse Marsch spoke openly about the decision, and a number of other topics, in the latest episode of ExtraTime Radio.

While the Red Bulls preference to develop youth is no secret, it was not the only reason that the team sought to move their captain this offseason.

“Age is a factor, but also style of play, and the way that you fit in to how we do things,” said Jesse Marsch during the interview. “Sacha was such a great player for us, and he committed in so many great ways, but I think the conversation I had with him was, he was even tired of me of telling him to run more and do this, because he is so gifted at the things that he does. So, I think he’ll go to a place where he’ll do great.”

For the second straight season, the Red Bulls head towards a new season with questions lingering over who will take the reins. In their most recent preseason matches against Phoenix Rising FC, and Sporting Kansas City, Daniel Royer has contributed, but there are no indications just yet of what the solution will be for 2018.

Though players may see the captaincy as a precursor to the club moving on from a player, Marsch made it clear that the lessons learned from the Dax McCarty trade had been valuable when it came time to deal Kljestan.

“We care about these guys a lot. Sacha had given us so much,” he said. “For me, he helped me in so many ways establish what we’ve done at Red Bull. But I think we’ve also put him in a good situation. He’s been able to resign a good contract and be taken care of financially in ways that we would have never been able to do for him.

“So, as much as it’s not easy, you try to show respect to the work that has been put in and the to way that they dedicated to being part of us, to find them a good situation once they move on.”

The Red Bulls took the lead early in Marc Rzatkowski’s debut, but Sporting Kansas City grabbed a late equalizer to snatch a result in the club’s latest preseason match.

Rzatkowski joined the team in training this week after finalizing his loan from sister club Red Bull Salzburg earlier this week. The midfielder provided some sparks that should excite Red Bull fans ahead of the CONCACAF Champions League tilt against CD Olimpia on February 22nd. Rzatkowski put in a 77 minute shift and contributed to the Red Bulls only goal on the night.

The Red Bulls opened the scoring in the 15th minute following a Rzatkowski corner kick. The ball bounced around the box off of Michael Murillo and Daniel Royer, before finding its way to Bradley Wright-Phillips. Clinical as ever, Wright-Phillips latched  onto the loose ball firing a twirling finish off of Tim Melia and into the back of the net.

The Red Bulls continued to have chances, but failed to close out the match. Derrick Etienne nearly made it 2-0 for the Red Bulls in the second half, but his first time shot in the six-yard box was just wide of the far post.

Ultimately, Felipe Hernandez would find the equalizer in the 77th minute from the top of the box. Hernandez, a former member of both SKC’s academy and Swope Park Rangers, fired home a laser, beating Luis Robles at the near post as the Red Bulls failed to properly clear a corner kick.

Missing from the lineup Wednesday night was midfield stalwart Felipe. While the absence may have seemed surprising, he was home to attend the birth of his second child.

With CONCACAF Champions league looming, the Red Bulls are looking to “fine-tune” their defensive responsibilities.

During the 2018 preseason, the Red Bulls defense has shown to be running behind expectations. In their last three preseason matches, the Red Bulls have surrendered 10 goals, an alarming number with time running out to prepare for their knockout clash against CD Olimpia.

Though he may not start on February 22nd, Connor Lade spoke about the importance of getting everyone up to speed for the match.

“We are just trying to get our sharpness up to speed and get as much fitness as we can,” said Lade after training. “Obviously, we are trying to get the new guys up to speed on what we do here and how we play. For the returning guys, we are just shaking the rust off and making sure we are sharp because we have some meaningful games coming up.”

Aurélien Collin is back with the first team after an extended layoff last season due to injury. Collin, more than any other player, is still trying to get up to speed and has been partly responsible for the large number of chances the Red Bulls have conceded of late. If the Red Bulls will be successful in the series versus Olimpia, they will need Collin at his best.