Crew down D.C. United behind trio of first-half goals 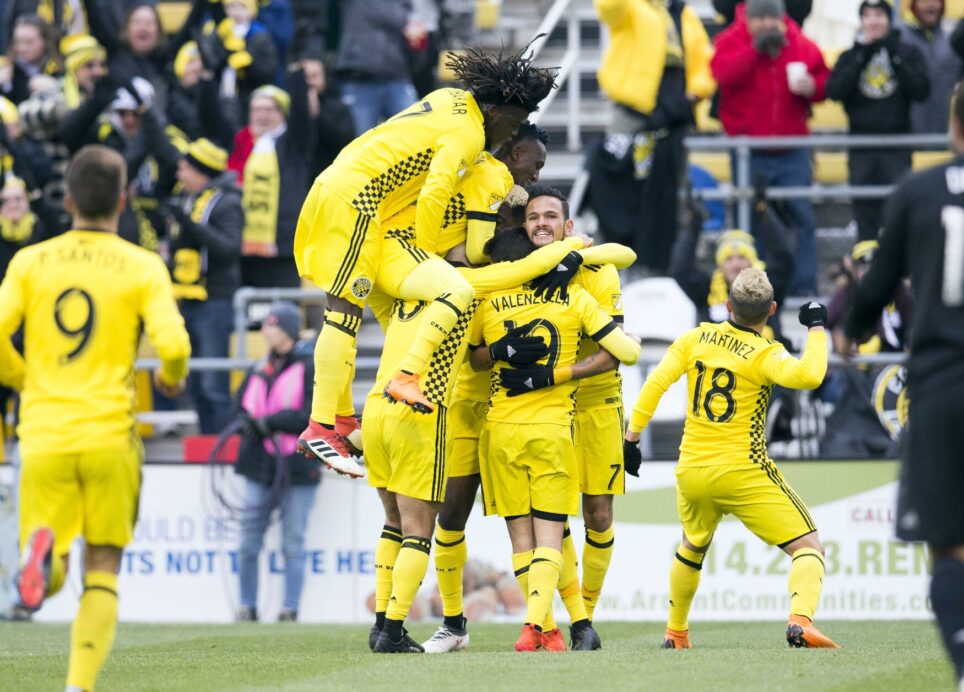 The Columbus Crew may have missed their chances a week ago at Philadelphia, but Gregg Berhalter’s side showed a short memory on Saturday as they rolled to three points at home.

A pair of first-half goals scored two minutes apart broke the game open for the Crew as they cruised to a 3-1 home win at Mafpre Stadium over winless D.C. United. Cristian Martinez made a huge impact for the Crew chipping in two assists, while three different players netted goals for Columbus.

Milton Valenzuela kicked things off after 20 minutes, scoring his first MLS goal to give the Crew a 1-0 lead. The Argentine got on the end of Martinez’s assist and finished from the center of the box.

Yamil Asad answered back for D.C. in the 30th-minute, rifling a right-footed effort from outside of the box into the bottom-right corner. It was the 23-year-old’s second goal of the season.

Berhalter’s men regained the lead as Ricardo Clark’s near post run paid off for the Crew after 40 minutes. The veteran headed Federico Higuain’s corner kick into the right side of the goal for his first goal since August 2016.

The match was flipped on its head as Pedro Santos slotted home Martinez’s cross inside of the box into the bottom-left corner to extend Columbus’ lead to 3-1. Santos, 29, broke a 17-match scoreless run in the process, netting his first goal in a Crew uniform.

David Ousted kept Higuain out from long-range in the 47th-minute to keep the deficit to two goals for the visitors. Gyasi Zardes came close to adding to the lead at the hour mark, but struck the crossbar from a header.

Ben Olsen’s side failed to get much going offensively, having only one shot on goal in the loss. Ousted made four saves in the defeat, keeping the visitors from losing by a much-wider scoreline.

D.C. United (0-2-2) remains winless on the season, and next travel to Sporting KC on March 31st. Their last road win in Columbus was 2007, and that trend continued on Saturday.

With the win, Columbus (3-0-1) moves to the top spot in the Eastern Conference and remains unbeaten to start the season. They welcome the Vancouver Whitecaps to Mafpre Stadium also on the 31st.

Cristian Martinez was the man of the match bagging a pair of assists in the home triumph. After failing to record an assist over the past two seasons, the Panamanian winger was a lively presence out wide for the Crew on Saturday.

After D.C. tied the match at 1-1, Columbus knew they had to take control of the match. Clark’s header was timed perfectly to regain the lead, before Santos added to the mayhem. In what looked like a foul on Luciano Acosta by Crew centerback Lalas Abubakar, the hosts made the most of the opportunity breaking loose and making it a two-goal lead.

D.C. United striker Darren Mattocks played only 45 minutes in the loss, being ineffective up front. The Jamaican recorded zero shots on goal, and was subbed at halftime by Olsen for Patrick Mullins. With two goals in his last two appearances before tonight, Mattocks just lacked the final product for the winless club.