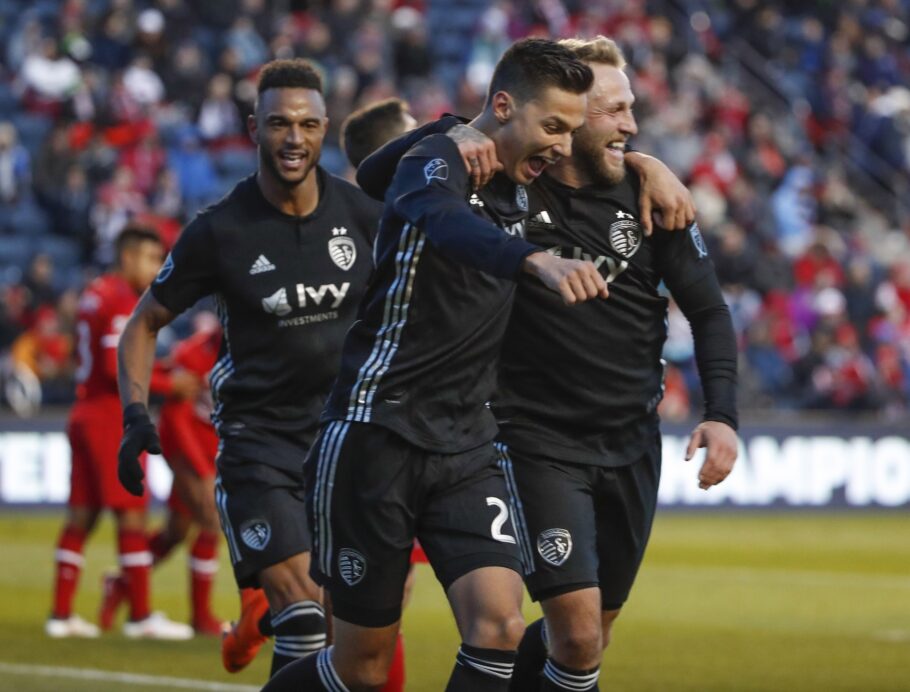 A wild final 20 minutes at Toyota Park featured five goals, two lead changes, and a 4-3 Sporting Kansas City victory by way of a late finish from a new designated player.

Felipe Gutierrez capped of a two-goal night with a simple finish in the 85th minute to give Sporting KC three points after letting a 2-0 lead slip into a 3-2 deficit.

Sporting KC wasted no time getting the jump on the hosts. It took less than nine minutes for Gutierrez to score his first of the night. The Chilean floated a header into the back of the net off a rebound from a Johnny Russell sliding chance.

Despite being allowed to control play, Chicago failed to create much of anything in the first half. Aside from an Aleksandar Katai cross that nearly found Nemanja Nikolic in the 34th minute, the Fire were mostly impotent, as they mustered a single shot off target.

In fact, SKC scored another one before halftime, as they doubled their lead through Russell in the 44th minute. The Scottish international smacked home a low cross from Daniel Salloi from around the penalty spot to open up a two-goal advantage.

The opening of the second half nearly caused a scare for SKC. Five minutes after the restart, Katai slipped past his man along the touchline and picked out the head of Luis Solignac, but the downward header missed the target past the near post.

The visitors also nearly conceded in the 62nd minute, but Graham Zusi was able to clear Solignac’s attempt off the line after he beat Tim Melia.

The Fire finally got on the board in the 70th minute thanks to a shifty move from Bastian Schweinsteiger. The German slipped through two defenders before picking out Katai at the near post for a simple finish to cut the deficit down to a goal.

It didn’t take long for the hosts to eliminate the rest of the Sporting KC advantage. A 74th-minute corner saw Dax McCarty’s header initially saved by Melia, but defending Golden Boot winner Nikolic was on the doorstep to tap the rebound in and tie the score.

The Fire took the lead in the 82nd minute through the Hungarian goal machine. The move started with Matt Polster’s long cross picking out Brandon Vincent, who first-timed a pass to Nikolic as he made a darting run into the six-yard box to smash the ball home.

However, SKC wouldn’t let that be the last word. Jimmy Medranda latched onto a rebound in the 83rd minute to make the score 3-3, while the 86th minute saw them retake the lead through a quick transition move that resulted in Russell feeding Gutierrez for an easy finish.

The Fire had one last chance to snatch a point with the last kick of the match, but Schweinsteiger put his close range free kick straight into the wall.

SKC returns home next Saturday night to face the San Jose Earthquakes, who enjoyed a bye this week. Chicago, meanwhile, travels north to face Minnesota United away from home on St. Patrick’s Day.

Felipe Gutierrez bookended the scoring with wonderful vision to follow-up a missed chance on the first goal and great pace to finish a transition move on the second. The Chilean DP was influential on the wing, providing some much-needed offense for a team that struggled up front last season.

The second Gutierrez finish provided a climax to a furious 16-minute stretch that featured five goals scored between the two teams and gave Sporting Kansas City a thrilling victory.

Chicago defender Kevin Ellis will want to put this one past him as soon as he can. SKC were dangerous with runs through the middle of the park all night and he will feel like he could have done more to thwart their attack.