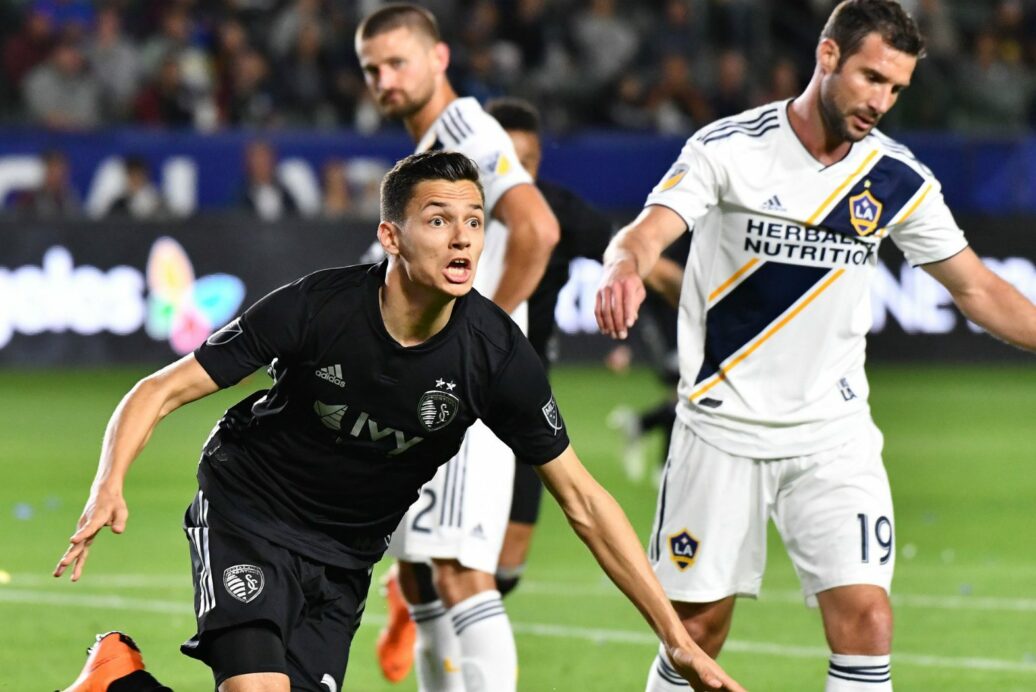 The 2017 Major League Soccer Goalkeeper of the Year denied 10 scoring opportunities to preserve a clean sheet against a second-half onslaught influenced by Zlatan Ibrahimovic.

Daniel Salloi and Johnny Russell provided the cushion for Peter Vermes’ side, as they scored five minutes apart in the second half.

The Galaxy created plenty of scoring chances without Ibrahimovic on the field, as Chris Pontius hit the post and Melia denied a swerving shot by Ashley Cole near the right post.

Salloi opened the scoring in the 56th minute, as he took advantage of space left open by the Galaxy defenders on a corner kick to beat an out of position David Bingham.

Five minutes later, the Galaxy back line was thrashed by Johnny Russell on the right side of the box, as he broke through a pair of defenders to knock his second goal of the season past Bingham.

With Ibrahimovic on the field for 30 minutes, the Galaxy put a ton of pressure on the Sporting KC defense, but the visitors absorbed it all, with Melia in the right position on most of them.

The victory put Sporting KC level with New York City FC in the early hunt for the Supporters’ Shield, as they both have 13 points.

Vermes and Co. also became the fourth MLS team to pick up two road victories. NYCFC, Vancouver and LAFC are the others.

The Galaxy leave StubHub Center for the first time in the Ibrahimovic era in Week 7, as they visit Bastian Schweinsteiger and the Chicago Fire. Sporting KC visits Seattle on Sunday.

Melia thrived at the stadium he used to call home from his Chivas USA days. The 10 saves made by the 31-year-old set a club regular-season record.

Russell’s strike was a nifty display of individual talent, as he skirted through two defenders to beat Bingham and put Sporting KC in the driver’s seat.

Bingham was at fault for the opening tally, which came a minute after he knocked out a looping shot from Graham Zusi. The entire Galaxy defense hasn’t inspired much confidence at the start of the season.