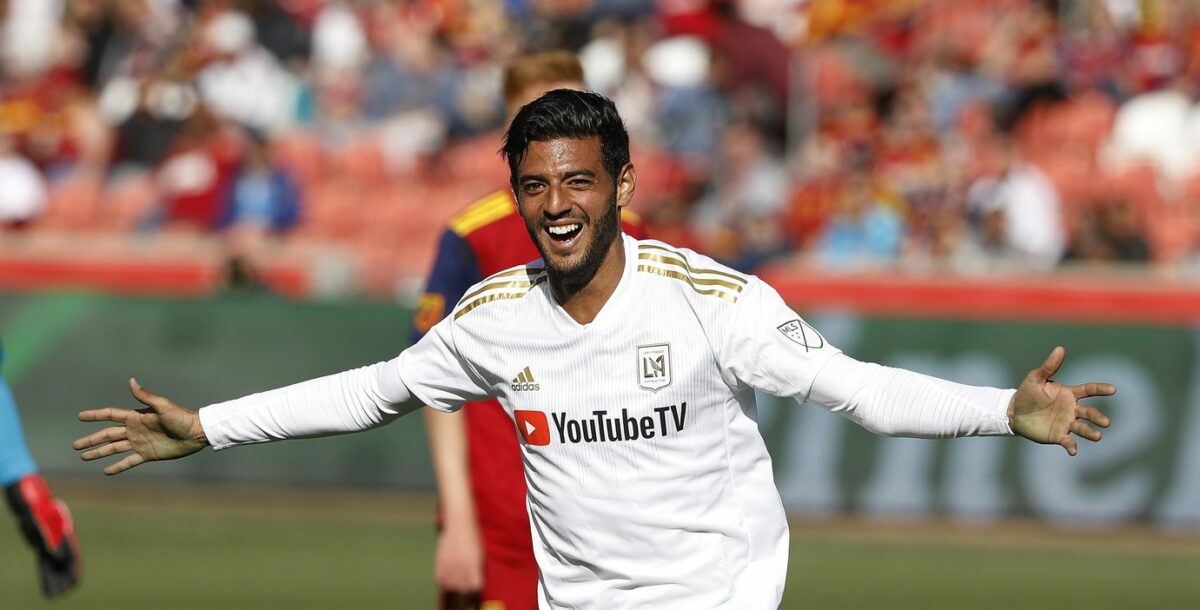 The Week 9 Major League Soccer slate doesn’t get good until Sunday night, but the final two games of the weekend more than make up for the lack of enticing affairs Friday and Saturday.

LAFC opens state-of-the-art Banc of California Stadium to finish off the Week 9 proceedings, while NYCFC hosts FC Dallas in its own unique dwelling right before.

While there are a few intriguing matchups through the day Saturday, the best of the lot could be the late-night showdown at StubHub Center.

Here’s a look at the entire Week 9 schedule.

LAFC opens its new stadium in the final game of the weekend, as it plays host to the Seattle Sounders.

Bob Bradley’s team earned four road wins in its first six games to take second place in the West before its home opener.

The Sounders earned their first win in Week 8 against Minnesota United, and they should pose a threat to the LAFC attack with Osvaldo Alonso back in the fold.

If Seattle can shut down the channels in the middle of the park through Alonso and Cristian Roldan, it should keep pace with LAFC’s attacking firepower.

How Toronto FC responds to the Concacaf Champions League final loss to Chivas is one of the must-watch storylines in Week 9.

In addition to dealing with the emotional aspect of the loss, the Reds are dealing with injuries at center back, which forced Michael Bradley to play in the center of defense Wednesday night.

Chicago is starting to put it together after wins over Columbus and the New York Red Bulls in two of its last three games.

However, the Fire haven’t beaten Toronto FC in six league games, with their last win coming on April 4, 2015.

FC Dallas comes into Yankee Stadium as the lone unbeaten club in MLS, as it has three wins and three ties from six contests.

New York City FC fell for the first time in 2018 a week ago in Portland, and Patrick Vieira’s men are looking to avoid a second straight loss while holding on to the top spot in the Eastern Conference.

With Toronto focusing on league play, Chicago heating up and Atlanta right on its heels, NYCFC is going to face a challenge every week for the No. 1 seed in the East.

Saturday’s clash at Gillette Stadium doesn’t stand out right away when you look at the schedule, but it has the potential to be a sneaky good game Saturday night.

Sporting Kansas City is flying high after a 6-0 thumping of Vancouver, while New England is an under-the-radar success story through the first two months of the season with three wins and 11 points.

When Sporting KC and the Revs meet up, there’s traditionally a good amount of goals in the game, as 23 tallies were recorded in their last five meetings.

Vancouver must find a way to bounce back from the deflating loss to Sporting KC at home against Real Salt Lake in the Week 9 opener.

With Yordy Reyna and Efrain Juarez suspended, Whitecaps manager Carl Robinson needs to reconfigure his midfield, and he needs Anthony Blondell to step up with Kei Kamara out with an adductor strain.

The Claret and Cobalt knocked off the Whitecaps at home earlier in the month, as Luis Silva and Jefferson Savarino scored a goal in each half.

It’s going to be a long 90 minutes for the Montreal Impact at Mercedes-Benz Stadium Saturday afternoon.

The Impact come into the dirty south on a three-game losing streak in which they conceded 12 goals, including five to LAFC last week.

The Five Stripes haven’t lost since Week 1 and have scored at least two goals in five of their last six games.

D.C. United and Philadelphia have two wins between them, which means Saturday afternoon’s national television window might be a rough watch.

The Union have won three of their last five games against D.C., all of which have been shutouts, including the last two meetings in 2017.

The Black and Red will be dealing with the suspension of Paul Arriola, while Russell Canouse is dealing with an injury.

Federico Higuain and his newly-minted contract lead Columbus into battle against San Jose on Saturday night.

The Crew are in desperate need of a result, as they enter on a four-game winless streak, while the Quakes are in the same boat without a victory since Week 1.

The clash between Houston and Minnesota is another game on the weekend slate that doesn’t drum up excitement.

The Dynamo have two wins in six games, but one of them came against a weakened Toronto team last week, while the Loons have lost four in a row and are without both of their starting wingers after Ethan Finlay was lost for the season.

If you can make it through the dreck of Saturday’s afternoon and early evening schedule, you’ll hopefully be rewarded with some aesthetically pleasing soccer between the Red Bulls and LA Galaxy.

The Red Bulls have alternated wins and losses in their first six games, and are due for another win, while the Galaxy put together the same trend over the last four contests.

We should be treated to an attacking showcase between the league’s best pure scorer Bradley Wright-Phillips and MLS’ shiny new toy Zlatan Ibrahimovic.

There’s a reason why the Colorado Rapids aren’t on national television much and we’ll see exactly why Sunday.

The Rapids, who have failed to score a goal against Orlando City in three meetings with the Lions, earned their only wins against TFC in CCL mode and the lowly Union.

Orlando is the hottest team in MLS, and it should be able to flex its attacking muscle once again on the way to its fifth straight win.