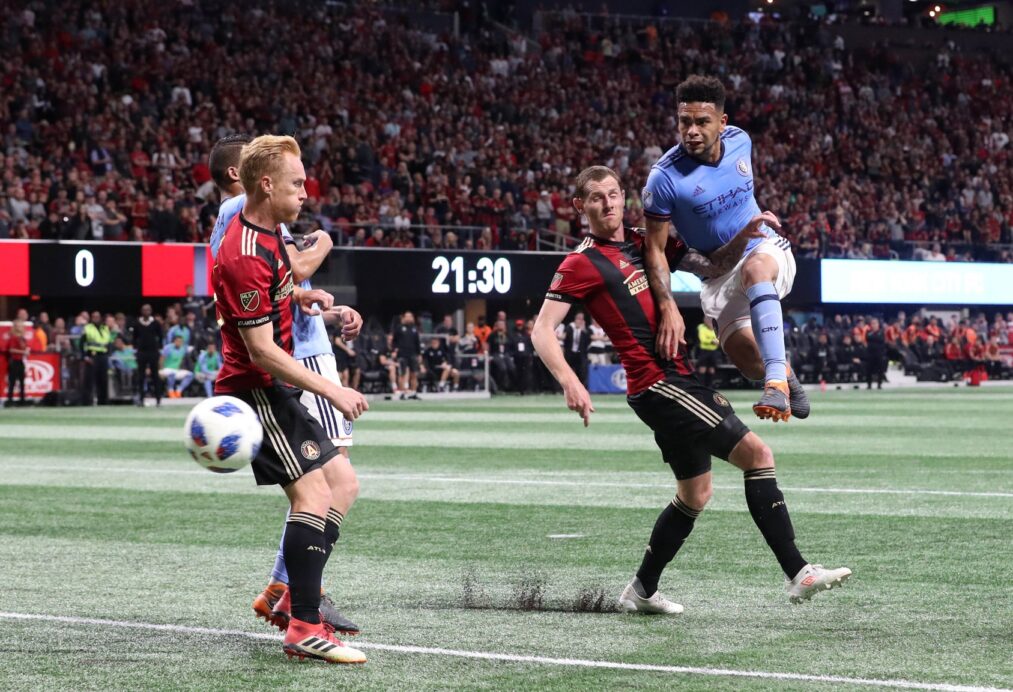 The top two teams in Major League Soccer’s Eastern Conference squared off on Sunday and they certainly did not disappoint.

Greg Garza bagged his first goal since September 2017, breaking the scoreless deadlock for Atlanta in the 29th minute. Garza followed up on the play and slammed home a rebound after Sean Johnson repelled Miguel Almiron’s effort.

Patrick Vieira’s men held their ground though and got their chance to level the score in the 38th minute. Jo Inge Berget was fouled by Michael Parkhurst inside of the box, allowing David Villa to score his second goal of the season. Villa came on just minutes prior after Ismael Tajouri-Shradi went down with an injury.

The Three Stripes caught NYCFC sleeping in the 56th minute as Almiron’s cross hung up long enough for Chris McCann to head home from the center of the box.

Alexander Ring’s first MLS goal was an absolute beauty as the Finland international rifled a right-footed effort in off the crossbar to grab the visitors a point. The 27-year-old received a pass from Villa on the edge of the box and the midfielder beat Brad Guzan in the 73rd minute.

Despite late pressure by the hosts, NYCFC will feel the better of the two sides holding on for a 2-2 draw.

Guzan made two saves for Atlanta, while Johnson repelled three for NYCFC.

NYCFC (5-0-2) remains in the top spot of the Eastern Conference, with 17 points through seven matches. They close out a two-match roadtrip on April 22nd at Portland.

Atlanta (4-1-1) sees a four match winning streak snapped with the draw, as they remain in second place. Tata Martino’s side hit the road next for an April 21st date with the LA Galaxy.

David Villa earned man of the match honors, scoring NYCFC’s opener and setting up their second goal. The Spaniard came off the bench and put in a heck of a performance for his team.

Atlanta’s late pressure almost paid off forcing Johnson to make a key touch late. A cross by Julian Gressel and Josef Martinez’s name written all over it by Johnson put his body on the line to punch the cross wide of the striker.

Playing with a cast on his arm, Martínez was fairly quiet for Atlanta. The Venezuelan recorded zero shots on goal and was held quiet by a stubborn NYCFC defense.