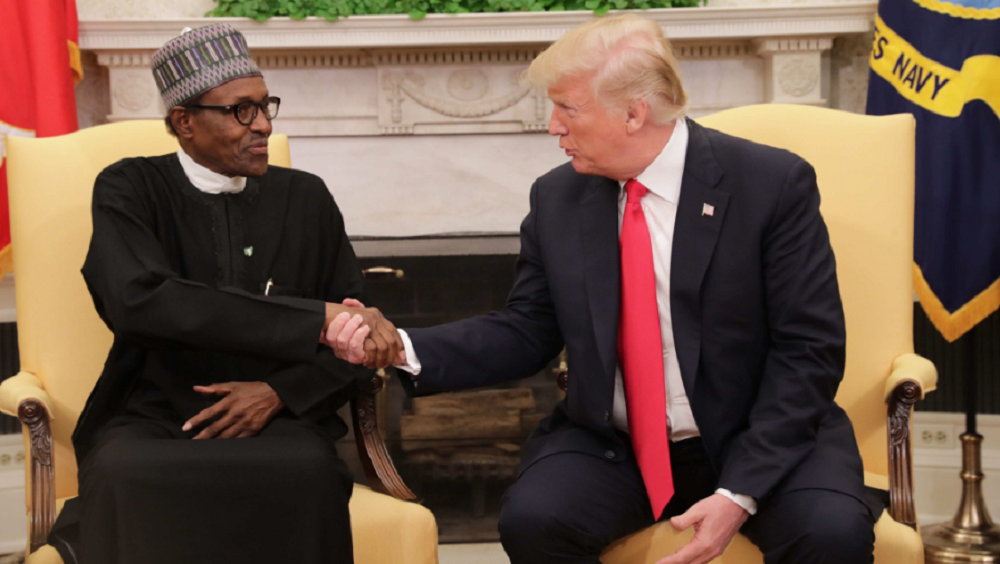 President Donald Trump has spoken once again on the United States’ efforts to host the 2026 World Cup.

“I hope all African countries and countries throughout the world that we also will be supporting you, and that they will likewise support us in our bid along with Canada and Mexico for the 2026 World Cup,” Trump said while speaking at the White House next to Nigerian President Muhammadu Buhari.

“We will be watching very closely, and any help they could give us in that bid we would appreciate.”

Most of Africa supports Morocco’s bid to host the event, as does Russia, Belgium, and France.

The United bid has the support from much of South and Central America, plus Saudi Arabia.

A vote for the host will occur at FIFA’s general congress on June 13. Each FIFA member nation will receive one vote.

Trump initially expressed support for the American, Mexican, and Canadian bid last week through a tweet aimed at American allies supporting Morocco. FIFA responded by reminding everyone of its regulations against interference from political figures in soccer matters.