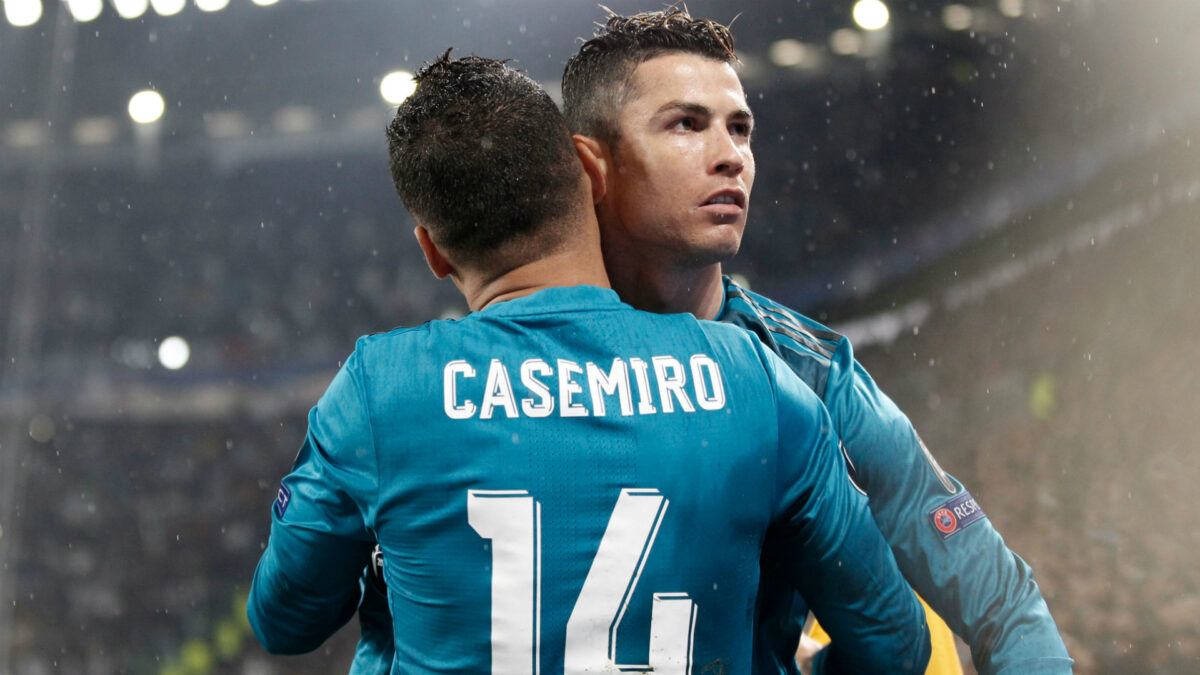 Defending Champions League holders Real Madrid look to have already placed themselves into the semifinals, after a dominant performance on Tuesday.

Zinedine Zidane’s men cruised their way to a 3-0 first leg win over Juventus at the Allianz Stadium. Cristiano Ronaldo carried the load with two goals including a masterful overhead kick to double Los Blancos lead.

Ronaldo poked Madrid in front after three minutes to open the scoring at 1-0. The Portuguese international got on the end of Dani Carvajal’s cross after 63 minutes to extend the lead in world class fashion.

Ronaldo rose highest and bicycle kicked past Gianluigi Buffon for his 36th goal of the season in all competitions.

Paulo Dybala saw a second yellow card in the 66th-minute which reduced the home team to 10-men. Marcelo slotted past Buffon after 72 minutes to cap the final score at 3-0.

Juventus only had two shots on goal and will now need a miracle in Madrid to advance. Los Blancos return to the Santiago Bernabeu on April 11th leading 3-0 on aggregate.

Bayern Munich fought their way back for a 2-1 road win against Sevilla away from home.

Pablo Sarabia’s left-footed shot in the 32nd-minute had the hosts in front 1-0 at the Ramon Sanchez Pizjuan. It was the Spaniard’s ninth goal of the season in all competitions.

Bayern’s pressure paid off however as Jesus Navas turned into his own goal five minutes later to make it 1-1.

After earning a corner after the hour mark, Bayern made it count as Thiago Alcantara headed Franck Ribery’s cross in for the deciding goal. The Spaniard got some space and found the bottom-right corner for his third goal in the competition this season.

Each team had four shots on goal, and Bayern take a lead back to Allianz Arena for the second leg on April 11th.

The UEFA Champions League continues on Wednesday with two final first legs of the quarterfinal round.

Barcelona faces AS Roma at the Camp Nou, while Manchester City faces Liverpool at Anfield. Both fixtures kick off at 2:45 EST.