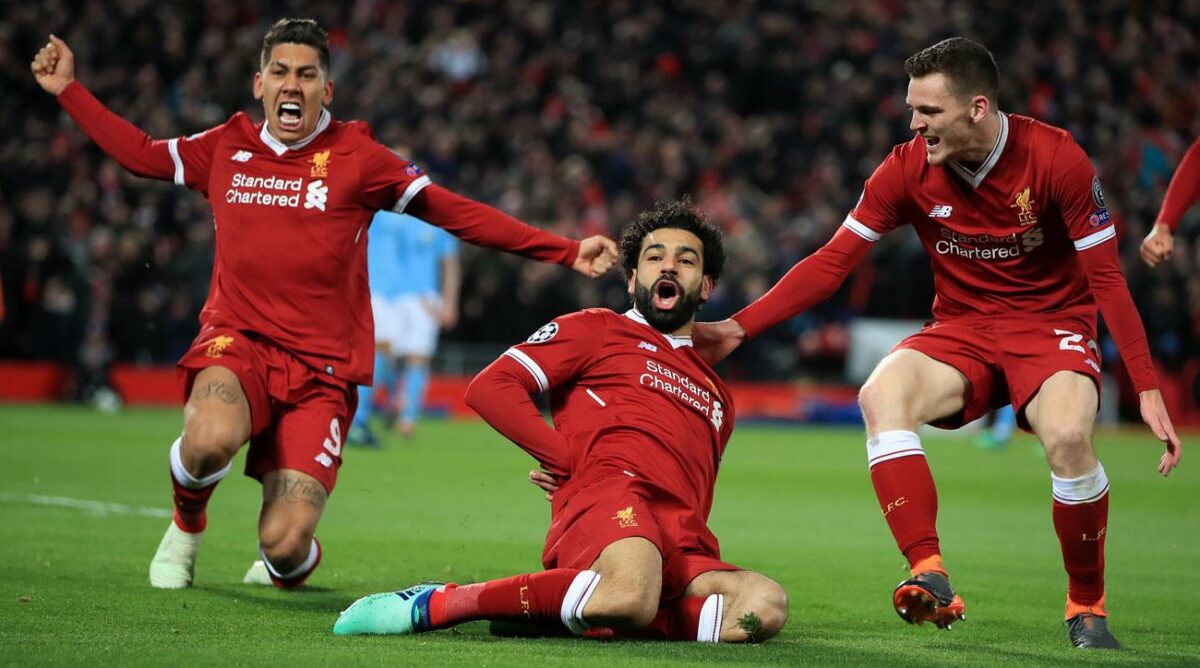 Liverpool already claimed the scalps of EPL leaders Manchester City at Anfield once this season, defeating them 4-3 back in January.

Jurgen Klopp’s men continued that trend on Wednesday, rolling past City 3-0 in their first leg quarterfinal matchup in the UEFA Champions League.

Mohamed Salah was at the heart of the action once again for Liverpool, scoring their opener after 12 minutes. The Egyptian pounced on a rebound inside of the box after Ederson had previously repelled Roberto Firmino’s effort. Salah now has 37 goals in all competitions this season.

The first-half dominance continued for Liverpool as Alex Oxlade-Chamberlain beat Ederson to the top-left corner in the 20th-minute. Sadio Mane headed Salah’s assist in later in the half for a 3-0 Liverpool lead.

However, Klopp may have reason to concern for next week’s second leg as Salah limped off with an injury after 53 minutes.

Pep Guardiola’s men were frustrated in front of goal for the entirety of the match, failing to record a single shot on goal. Reinforcements could be coming for City in the second leg with Sergio Aguero and Benjamin Mendy close to returning to action.

Liverpool now take a 3-0 aggregate lead into the Etihad Stadium for the second leg on April 10th.

BARCELONA CRUISE PAST AS ROMA FOR COMFORTABLE FIRST LEG WIN

Barcelona looked to have placed one foot into the semifinals after a comfortable 4-1 first leg win over Roma at the Camp Nou.

A pair of own goals by Roma helped Barca to a two-goal advantage with Daniele De Rossi and Kostas Manolas both putting into their own goal in the opening 55 minutes.

The hosts continued to press for more and got it in the 59th-minute as Gerard Pique finished from close range for Barca’s third of the evening.

Eden Dzeko pulled one back for Roma after 81 minutes which gives the Serie A side some hope returning home for the second leg.

Luis Suarez’s 26th goal of the season in all competitions added an insurance goal for Barcelona in the final minutes.

Roma returns to the Olimpico on April 10th for the second leg, needing a dominant performance in order to advance.