USL Week 6: A Look Ahead 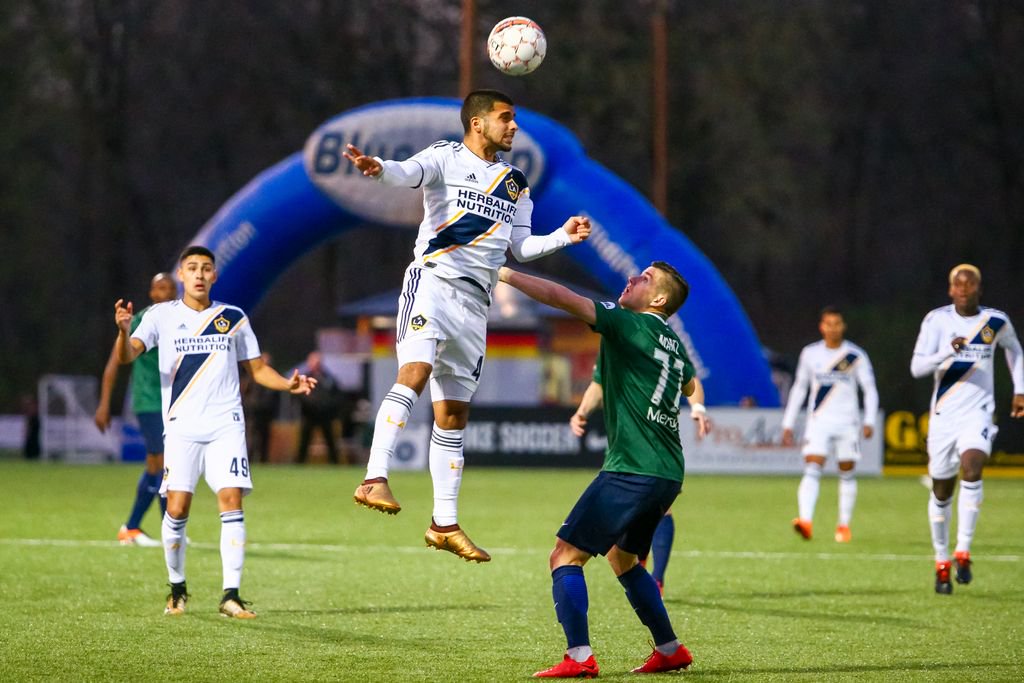 This week, USL will feature a some cross-conference matches as the season continues to roll on.

LA Galaxy II welcome the New York Red Bulls II out west in a mini-version of the former 1% derby. Both teams are headed in opposite directions with the former struggling for relevance and the latter looking like eastern conference finalists again in the early season.

Elsewhere, the Portland Timbers 2 look like they are on the verge of winning the fourth match of the season, eclipsing their total number of wins from 2017 when they take on Reno 1868 FC. 1868 FC has not had an easy time so far in 2018, failing to recapture their strong form from a year ago.

Let’s take a look at the five matches to watch this weekend:

Two teams looking to remain perfect in week 6 meet in an intriguing matchup. LCFC has been lights out defensively in 2018, surrendering just one goal in their first four matches. The defending champions are rolling, and will face another stiff test against a talented offense.

ATL 2 are settling into their first USL season comfortably but are still working out some of the kinks. Still, they have put together three good results in their first three games, and Jon Gallagher looks like he is a real threat. This one could be quite an exciting matchup.

The Monarchs are still the class of the western conference and remain undefeated through their first four matchups. One concern for fans in Salt Lake City is the defense, which hasn’t been as strong as last season’s conference winning side, but their offense is carrying them through averaging nearly 3 goals a game in 2018.

The Rowdies are coming off of a big loss to the New York Red Bulls II and have a lot of questions they need to answer moving forward. While they boast a powerful and experienced offense, they too have defensive inconsistencies that will make it hard for them to navigate the playoffs if they aren’t solved. Luckily, there is plenty of time to sort that out, and this match is set up to be a shootout.

A promising start for FCC has faded a bit going winless in their last two outings and struggling a bit on the offensive side of the ball. Those struggles could be particularly costly against the Riverhounds who have yet to concede a goal in 2018.

Bob Lilley’s sides are known for defensive aptitude, and he is proving his ability again in Pittsburgh. The Riverhounds look an improved side through four matches this season, but they need to continue to show the resiliency they’ve displayed this season to finish in the top half of the eastern conference. Getting points on the road against other teams in the east expected to finish in the top half would go a long way to achieving that goal.

Phoenix Rising have turned over a new leaf. After making the playoffs in their first season, the 2018 version of the team is playing some of the best soccer in the western conference. They have a potentially elite goalscorer in Chris Cortez, but he needs to get back to the form he displayed against OKC Engergy FC earlier this season.

Kharlton Belmar and the Rangers started strong before faltering a bit since their opening back to back wins. A win against Phoenix would position them nicely to make a run at a three game winning streak with some lighter opponents over the next two weeks.

Coming into the 2018 season, SAFC was pegged to be a team challenging for the top spot in the western conference. Instead, they have struggled on both sides of the ball and have just five of a possible fifteen points after five games. That isn’t good enough for a club with greater ambitions, but they need to solve their offensive deficiencies to start moving up the table.

The Foxes are having a very good first season in USL. After losing their opener to Las Vegas Lights FC, they are undefeated over their last five matches, although the majority of those matches ended level. Still, the outlook is better for the Foxes than perhaps some might have thought. Knocking SAFC down would make a strong statement for the debutantes early in this USL season.