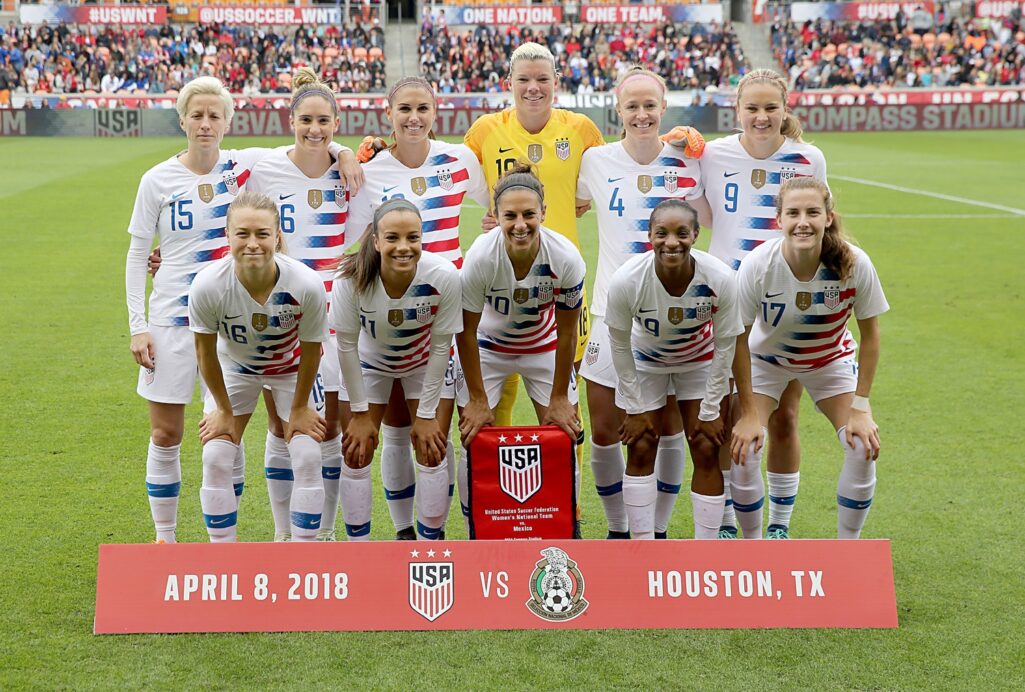 At the end of another set of friendlies, the U.S. Women’s National Team has recorded another two victories to continue its undefeated start to 2018.

The matches against Mexico this month saw some of the same for the U.S., with an offense that simply will not stop scoring. The USWNT managed to score ten goals over the course of the two games as some members of the team continue to enjoy some of the greatest form of their national team careers.

However, this camp saw several players get the chance to prove their worth in the absence of several regulars. Places in midfield and across the backline were up for grabs this time around, and all of the goalkeepers had opportunities to try and impress Jill Ellis

Here is a closer look at how the USWNT players fared in the April friendlies:

Playing only once this time around, the first choice in goal had a shaky match on Thursday. She felt the pressure when she had the ball at her feet and did poorly dealing with Katie Johnson before she scored Mexico’s lone goal on the day as a result.

Playing 67 minutes on Sunday, Campbell had a disappointing game. She positioned herself very poorly on both of Mexico’s goals, and did not exactly make her case to get more minutes.

Coming on with 23 minutes to go on Sunday and with her side already 5-2 up, there was not a lot for Harris to do, but she did what she had to close out the match.

The right back started both matches, playing all but the final 15 minutes of Sunday’s match. She did her job defensively, but was not particularly active in attack, something that Jill Ellis likes out of her fullbacks. Like Campbell, she may not have made a case to play more minutes.

Playing only 15 minutes of Sunday’s match when the result was basically settled, Huerta was better in attack than Sonnett, but did not have a lot to do by the time she got minutes.

The center back played only the first match, and was drawn out the Mexican attack for Johnson’s goal, leaving Naeher in a bad position to stop the shot.

The Stanford defender played all of Thursday’s match and 59 minutes on Sunday, and continued her strong start to her national team career. She was defensively solid during both matches, handling the task at hand.

The co-captain made her national team return this month, playing 13 minutes on Thursday and the full match on Sunday. She showed off her well-known stability, but her lack of match fitness showed itself from time to time.

Getting 31 minutes at center back to close out Sunday’s match, Mace collected her first cap after the result was mostly settled. Though there was little to do defensively, she looked comfortable on the ball.

Filling in at left back, Dunn played the entirety of both matches. She was clearly still relearning the position, as her preference for playing further up the pitch showed at times. However, her overall performance was strong over the two matches.

One of three debutants on Sunday, the U-23 left back received her first senior team minutes at the same position. She looked unfazed during her 32 minute stint, holding her own during her first test on the international stage.

Sullivan only played the opening 53 minutes of Thursday’s match, remaining very quiet in the midfield. She was excluded from the squad entirely for the second match.

Lloyd scored her 99th and 100th goals over the course of the two friendlies, making it an important week for her personally. However, questions still surround the co-captain as to whether or not she can maintain the high standard of the USWNT midfield at age 35 after she played all 90 minutes on Sunday and got the majority of the second half on Thursday.

Playing only ten minutes at the end of Thursday’s victory, there was not a lot of time for the midfielder to make a large impact.

Playing the final 19 minutes of Thursday’s match, the midfielder did well while advancing the attack though the match was mostly settled.

Brian was in the process of regaining full match fitness, getting 71 minutes on Thursday and 29 on Sunday as she came off with an injury. In that time, particularly on Thursday, she was an integral part of the midfield that enjoyed a strong showing.

The midfielder played 61 minutes on Sunday and 19 on Thursday, coming on both times in place of Brian. She is being asked to play a deeper role in midfield that is not natural to her, and it showed, as she was mostly quiet during both of those stints.

Horan looked like she was beginning to own her spot in the midfield against Mexico, playing every minute until coming off with an injury 40 minutes into Sunday’s match. She put on quite the show on Thursday, seamlessly covering a lot of ground while recording an assist on Lloyd’s goal. She was enjoying similar success on Sunday, and scored a goal of her own before coming off.

Coming on for a 50 minute stint replacing Horan on Sunday, Hanson looked fairly comfortable during her first match with the USWNT. She did well moving the ball in midfield, looking capable with the ball at her feet.

The 19-year-old scored twice and ran rampant throughout the two matches. She gave the Mexican defense a particularly tough time, and was just one part of a forward line that was particularly prolific this month

The forward continues on her scoring run, recording four goals during the two matches. Other than a fairly quiet first half on Sunday, Morgan did not give the Mexican defense a lot of time to breathe over the week, earning SBI’s Woman of the Match honors on Thursday.

Sunday’s SBI Woman of the Match continues her USWNT resurgence, notching four assists and a goal on that day alone. Rapinoe’s chemistry with Morgan, in particular, continues to be fruitful, and allows the U.S. to outscore any opponent should the defense bailing out.