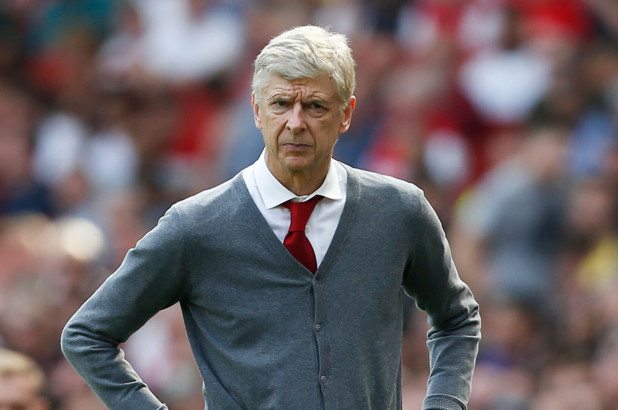 Arsene Wenger’s regime as Arsenal manager may be coming to an end, but the Frenchman could very well be joining the Ligue 1 giants in some capacity.

According to ESPN, Wenger could join PSG in the future but it will not be in a first team coaching role.

The 68-year-old Wenger recently stated last week that he will be leaving the Emirates Stadium after 22 years of service. PSG coach Unai Emery will see his contract end this summer with the club, and has yet to sign a new one.

PSG looks at Wenger more of a potential general manager with the club, rather than a head coach. The Frenchman has been linked with moves to Borussia Dortmund, China, and Japan.

However an opportunity to manager back in his home France could push Wenger to accept a move to PSG.

Mohamed Elneny has been ruled out for the remainder of the Premier League season for Arsenal, after suffering damaged ligaments.

“Mohamed Elneny is [probably] out for the rest of the season. He has a little, little chance to play at Huddersfield,” Arsenal manager Arsene Wenger said. “But I think he will be available for Egypt at the World Cup, but not anymore for Arsenal.”

Elneny started all six of Egypt’s World Cup qualifiers and is a vital player for them in midfield.

ALEX OXLADE-CHAMBERLAIN TO MISS WORLD CUP DUE TO INJURY

England midfielder Alex Oxlade-Chamberlain has suffered a knee injury that will keep him out of this summer’s World Cup.

The 24-year-old was stretchered off early in the first-half of Liverpool’s 5-2 semifinal first leg win over AS Roma on Tuesday in the UEFA Champions League.

“Gutted I won’t be able to play any further part now in our Champions League run for Liverpool, and also the World Cup with England,” Oxlade-Chamberlain said on social media. “But now it’s all about supporting the boys and getting behind them. I know we have what it takes to do something special in this tournament.”

Oxlade-Chamberlain had been in contention to make the England squad for this summer’s tournament after playing in five of the Three Lions six World Cup qualifiers in 2017.

The Ox had made 42 appearances for Liverpool this season since leaving from Arsenal last Summer. He had five goals and eight assists.

Fenerbahce and Besiktas will play the final 33 minutes of their abandoned tie on May 3rd, after crowd trouble carried over to the field and tunnels.

The Istanbul sides drew 2-2 in the first leg, but were unable to finish the second leg at Sucru Saracoglu Stadium on April 23rd.

Besiktas manager Senol Gunes was struck on the head by an object thrown from the crowd, and the referee called the match in the 57th minute with the teams tied 0-0.

The second leg will be played behind closed doors according to the Turkish Football Federation, and the winner will face Akhisar Belediyespor in the final on May 8th.