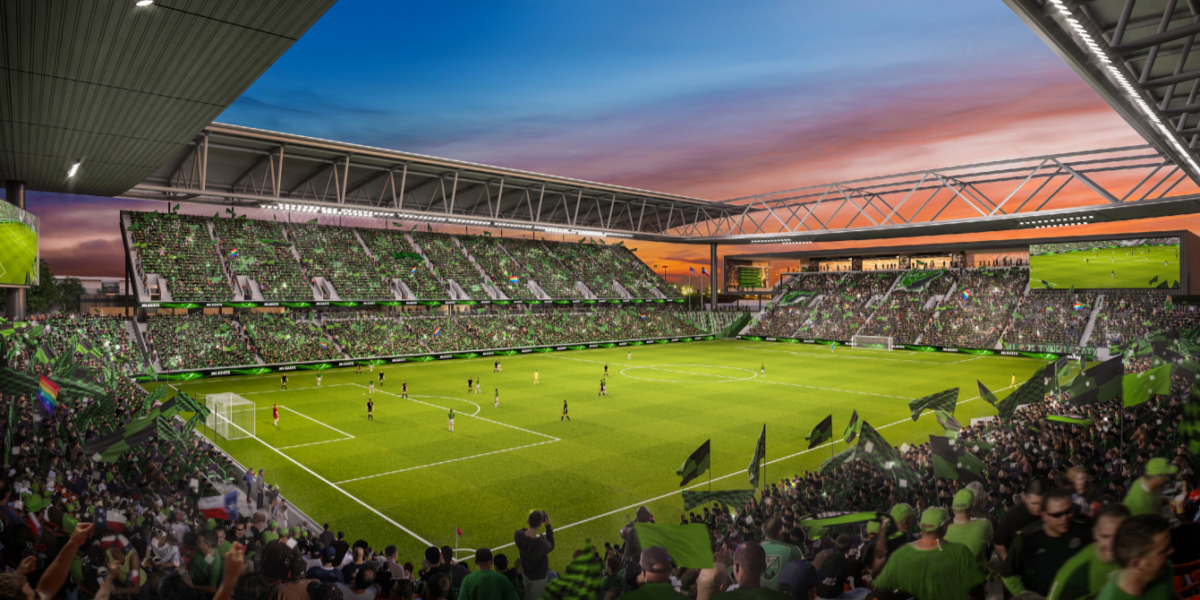 There’s a lot still to decide before the Columbus Crew’s move  becomes anything close to official, but Precourt Sports Ventures has offered a glimpse into what soccer in Austin could look like.

PSV released a series of renderings on Thursday depicting a potential soccer-specific stadium in Austin. The location shown is McKalla Place, an empty lot in North Austin.

The renderings were created by Gensler, TBC and CAA ICON and come in the aftermath of a conceptual site plan released in April.

“The soccer park at McKalla Place offers an incredible opportunity to create a world class match-day experience in the urban core of Austin,” said Jonathan Emmett, principal and design director of the Gensler Sports Practice. “While influenced by great European venues, with intimate seating bowls that put fans right on top of the action, we are also drawing heavily on the incredibly diverse and vibrant local culture, to create a uniquely ‘Austin’ experience for MLS fans. The venue and match-day experience will incorporate strong local influences on food & beverage; live music and technology. Careful orientation and the design of the roof canopy will ensure ample shading while strategically placed open corners will allow for cooling breezes.

“The soccer park will provide the local community with a network of amenities and landscaped spaces, in and around the venue, that will be active on gamedays and non gamedays alike. Austinites have a strong connection to the outdoors and recreation, the soccer park will provide access to great landscaped spaces and trails to an area of the city that is underserved in this respect.”

PSV has previously stated that it would privately finance a $200 million stadium in Austin at the appropriate site should the move be finalized. As things stand, that remains a battle due to an ongoing lawsuit brought on by Attorney General Mike DeWine and the city of Columbus.

Here’s a closer look at the Austin renderings: 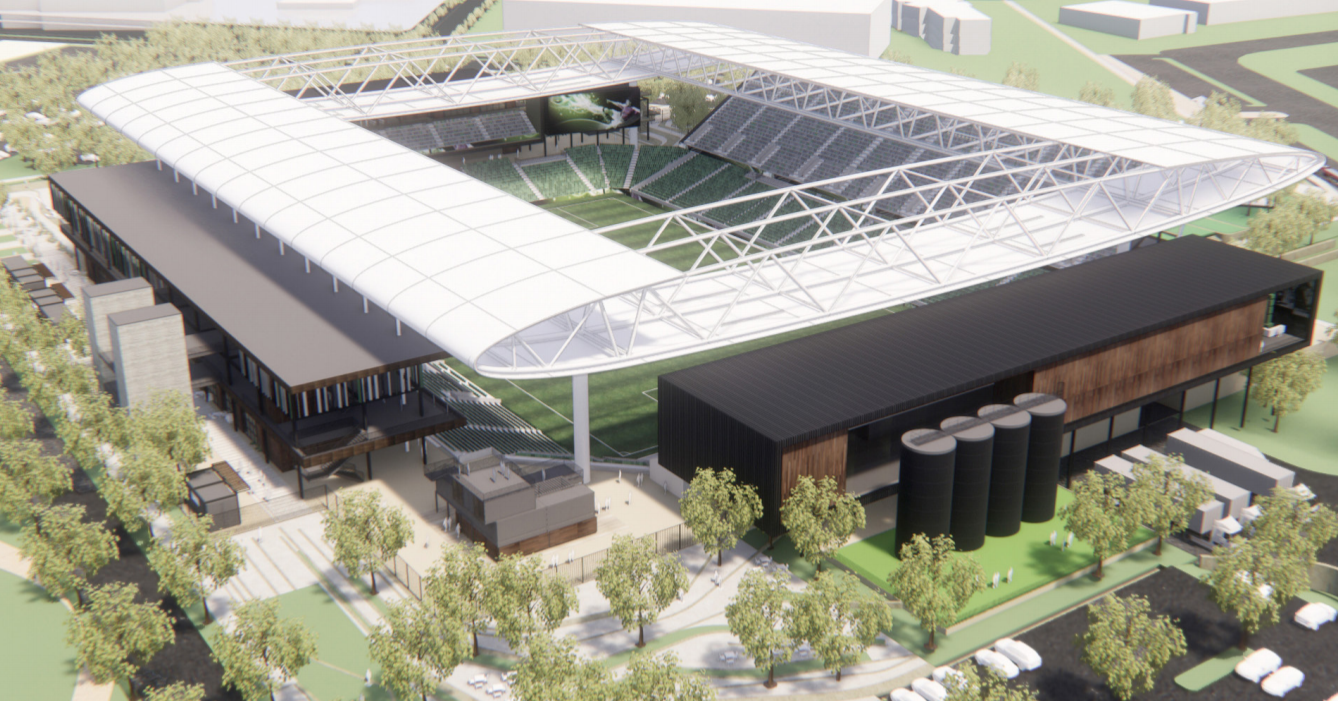