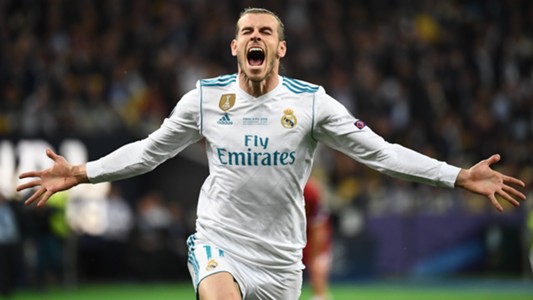 Liverpool started Saturday’s UEFA Champions League final with so much promise, but by the end the Reds had lost their star player and seen their goalkeeper delivering a shockingly bad performance to help Real Madrid lift another trophy.

Zinedine Zidane’s team used a trio of second-half goals to down Liverpool 3-1 for their third consecutive Champions League title.

Liverpool keeper Loris Karius committing a pair of blunders in goal to gift the reigning champions a pair of goals, to Karim Benzema and Gareth Bale.

While Karius was the game’s goat, Bale was the hero, coming off the bench to score a bicycle kick beauty that stunned the crowd in Kiev.

Liverpool’s chances of winning took a big blow in the 29th minute after Mohamed Salah was forced out with a shoulder injury. It was later diagnosed as torn ligaments in the Salah’s shoulder, leaving his ability for the World Cup in doubt.

The Egyptian wrestled for a loose ball with Sergio Ramos and, with Ramos holding one of his arms, Salah slammed shoulder-first into the ground.

Dani Carvajal was also subbed off due to injury in the first half after appearing to overextend his hamstring on a back pass.

A defensive mistake by Liverpool in the 48th minute almost paid off for Real Madrid with Isco lifting a right-footed effort off the crossbar.

However a mental mistake by Karius gave Los Blancos a 1-0 lead. Karim Benzema reached out his right leg and deflected an attempted Karius throw into an empty net to break the deadlock.

That initial only lasted four minutes though as Sadio Mane finished nicely in the 55th minute. A header by Dejan Lovren was redirected by Mane past Keylor Navas to level the score.

Bale scored one of the best goals ever in Champions League history, retaining the lead for Madrid. Bale over headed a cross from Marcelo past a diving Karius in the 64th minute. It was his second goal in the UCL this season.

Mane’s left-footed strike in the 70th minute looked destined for the bottom-left corner but it just nicked the left post on the way out.

Karius misjudged a long range effort by Bale in the 83rd minute and pushed the shot into his own goal which sealed the triumph for the defending champs.

Liverpool only mustered two shots on goal out of their 12 in total, suffering a disappointing defeat in Kiev. Karius made two saves in the loss but certainly will not hear the end of his performance in the defeat.

Man of the Match: Gareth Bale came off the bench and played a huge role in the win, scoring twice. The Welsh winger scored a beautiful first goal to give Madrid the lead before putting Karius under pressure for the second.

Moment of the Match: The first goal by Bale was a beauty and really swing the match in Real’s favor. The blunder by Karius added to the misery for Liverpool.