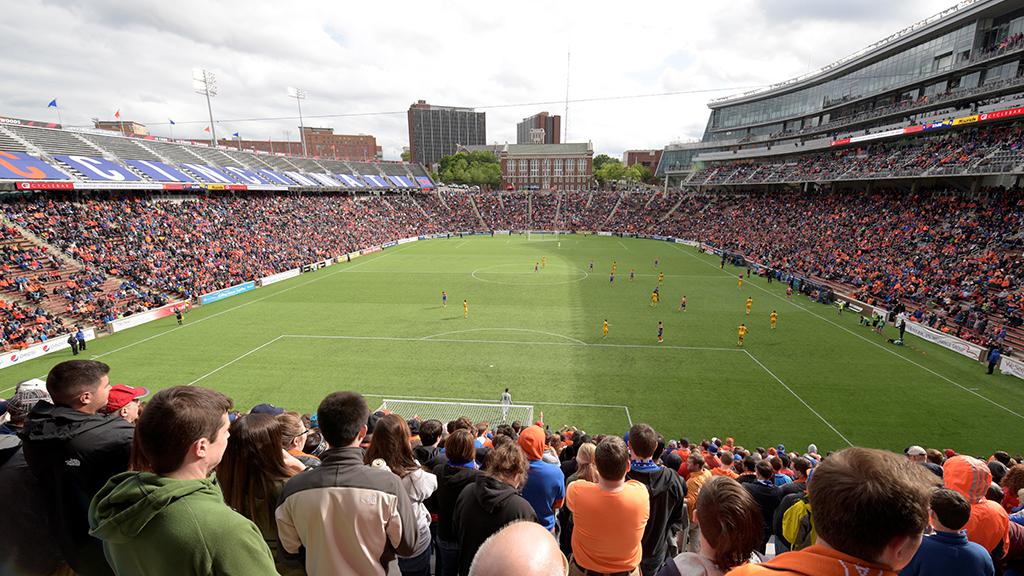 Cincinnati has been the front runner for the next spot in MLS for quite some time, but it appears a formal announcement could come at any time.

According to The Cincinnati Enquirer, the Queen City could be awarded an MLS franchise as early as next week. Their report indicates that a “major soccer announcement” is slated for Tuesday at Fountain Square and that Don Garber will be in attendance.

(UPDATE: Sports Illustrated is reporting that Cincinnati will join MLS for the 2019 season and will play at the University of Cincinnati’s Nippert Stadium until a new stadium in the city’s West End neighborhood is finished in 2021.)

Cincinnati has been the favorite to land the second of two available expansion slots for quite some time. They recently got their stadium situation figured out in the form of a plot of land in the West End, just a short walk away from downtown.

The city has the recent history of supporting soccer. FC Cincinnati set a USL record for highest attendance last season when 477,000 fans watched their games throughout the year.