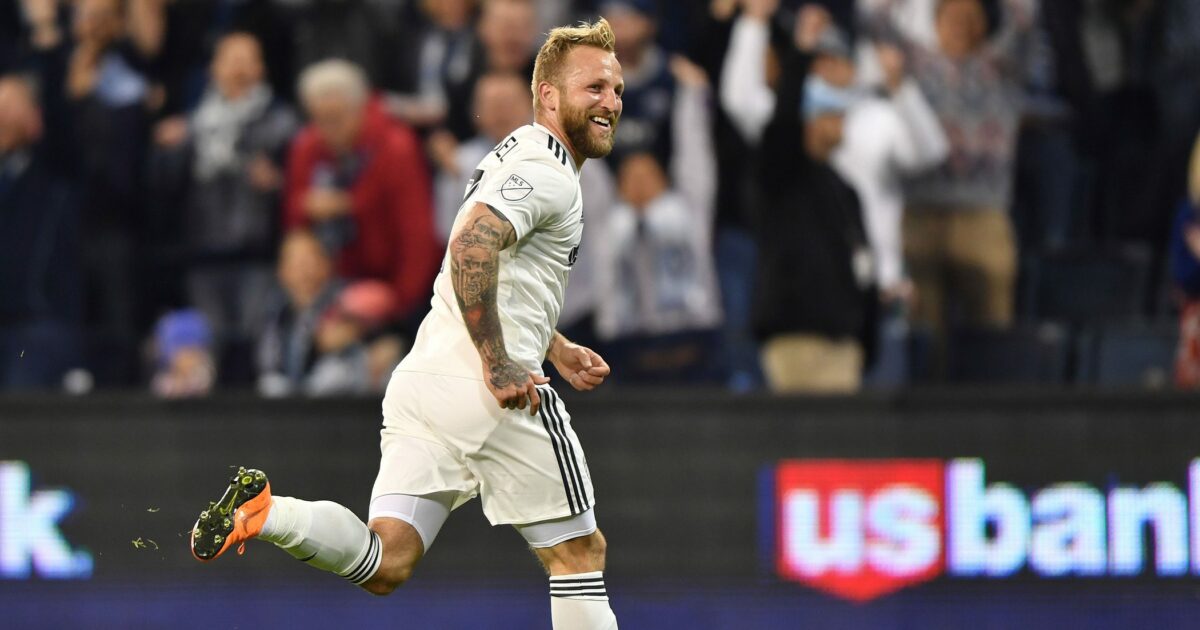 It didn’t take long for Johnny Russell to assimilate into the Sporting Kansas City squad.

Signed in January, Russell was brought in by Sporting KC to add a new presence to the attack. Once he arrived at the team’s preseason camp, the Scottish midfielder roomed with captain Matt Besler, helping ease his transition to the team.

Russell’s also relied on his teammates with more MLS experience to help him during the early part of the regular season, and, at least thus far, it’s worked out well for both the player and the team.

“It was great. When I first joined the guys in Arizona, Besler was my roommate so he got me involved in things outside of training as well,” Russell told SBI.

“Coming into games if there’s things I’m not sure of, there’s plenty of guys who’ll speak to me and give me their thoughts on systems of teams we’re playing,” he added, “and that’s been helpful for me as well.”

On the field, Russell is lightning up the net alongside fellow offseason acquisition Felipe Gutierrez. Both players have five goals through two months of play, and Russell credits the work put in during a short time in preseason as the catalyst.

“The both of us are experienced,” Russell said. “You still need time to settle, but you’re more inclined to work as time goes on and you have to do it quick as well. I feel like we have done that.”

“It’s been brilliant. We’ve worked a lot on it during the offseason, but it’s always difficult when you’ve got so many new players,” Russell said. “You try to jell quickly because you don’t have a lot of time before the season. I think the most time we spent we spent together, the more fluid we’re getting together.

“We just seem to have a great understanding of each other’s games and what everyone is good at,” Russell said. “There’s room and space for people to roam and cause damage and if you go take up a position, you know someone is going to fill your space for you. I think we’re working really well off the ball as a team, which is helping us on the ball.”

Russell’s also been impressed with the work rate of the younger players in the squad like Daniel Salloi and Khiry Shelton.

“Daniel’s a really creative young winger,” Russell said. “Khiry, the work that he does, he’s always an option for me, which I love. He’s always there and making runs for you. Some people may look at it he hasn’t scored yet, but I’m sure once he gets one, they’ll start flooding in. The work that he does for us I think maybe gets overlooked at times, but he’s been brilliant for us and I can’t wait for his first goal.”

Russell came to Sporting Kansas City from Derby County in the Championship and previously played at Dundee United in the Scottish Premier League.

As some outside observers noted in the past, MLS and the Championship carry similarities because of the physicality and rigors each league possesses. Although they aren’t directly the same in the eyes of Russell, there are some similarities.

“To be fair, I don’t want to compare,” Russell said. “They are pretty similar in most parts, but they’re entirely different leagues at the same point. They’re both difficult leagues to play in and physical leagues. It’s something I’m used to anyway.”

With five goals over two months and Sporting KC sitting atop the Western Conference with 17 points, there’s plenty of room to improve for a team that’s already developed a chemistry between new faces.

“You’re free. There’s a lot of room for rotation,” Russell said. “You’re free to go and play your own game and attack as a team. I think that’s what’s worked so well. We are so tune in with each other early on.”