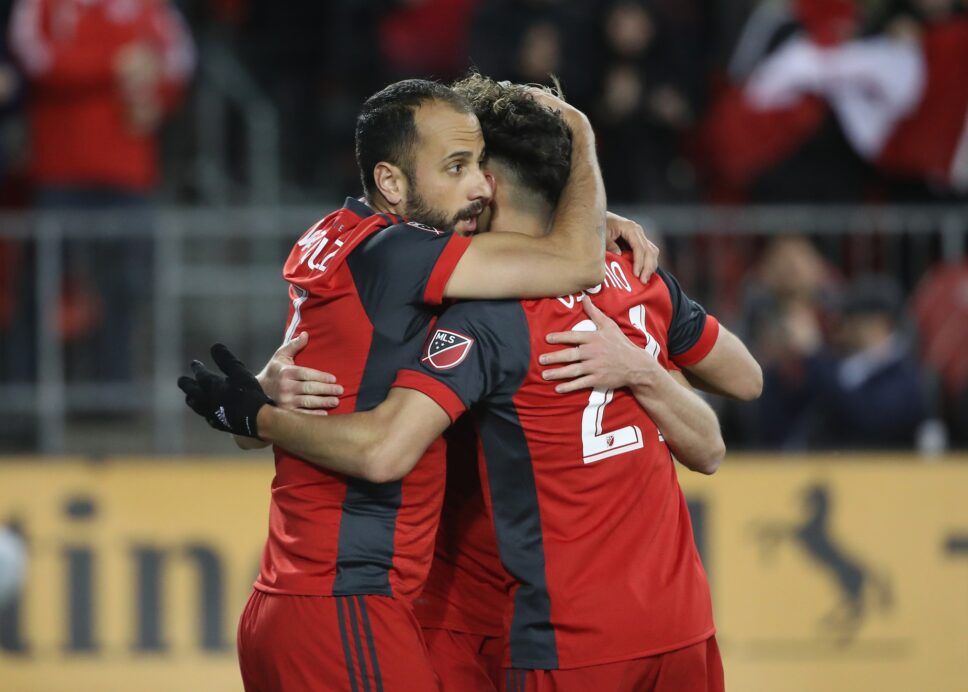 Toronto FC’s unfamiliar start to the 2018 Major League Soccer season finally looked to slide back to normality on Friday evening.

Greg Vanney’s side grabbed their second victory of the season, defeating the Philadelphia Union 3-0 at BMO Field. Goals from Victor Vazquez, Sebastian Giovinco, and Jay Chapman, sealed the points for Toronto ending their three match winless run in league play.

Alejandro Bedoya had Philadelphia’s best chance in the first-half, heading towards goal in the 10th minute following a Union corner. Alex Bono grasped the header after the keeper punched it off the crossbar.

Vazquez opened the scoring in the 24th minute as the Spaniard flicked in Nicolas Hasler’s assist in off the left post. Giovinco played a wide-open Hasler in on the right wing and the Lichtenstein midfielder did the rest. Vazquez now has two goals in his last two appearances for Toronto.

Giovinco added his first league goal of the season, in the 65th minute as the Italian beat Andre Blake to the bottom-right corner. A scramble by the Union backline allowed the forward to dance his way into the box and find the back of the net.

Chapman’s insurance goal in the 89th minute sealed a strong performance for the defending MLS champs.The substitute beat Blake to the bottom-left corner as he rifled home from just outside of the box.

Bono made three saves earning his first clean sheet of the season. Blake was busy, making five saves in the defeat.

Toronto (2-4-1) are now sitting on seven points this season, and next face the Seattle Sounders at BMO Field on April 9th.

The Union (2-4-2) are a point higher in the standings, and continue their roadtrip at the Columbus Crew also on the 9th.

Giovinco started off the fast break for Toronto which led to their first goal, and added his first league goal of the season later in the match. The 31-year-old has continued to make an impact for his team and helps in a variety of ways.

As the Union tried to get level, Toronto kept the foot on the gas and was rewarded with their second goal. A great set of moves by Giovinco allowed Toronto to add to their lead and feel a little more comfortable.

Left back Ray Gaddis was picked out pretty easily by Toronto in their buildup for the opening goal. The 28-year-old was caught sleeping by Giovinco who easily found Hasler down the wing in the play before the first goal. Gaddis, a proven veteran in MLS will need to do better in his time in the starting lineup.