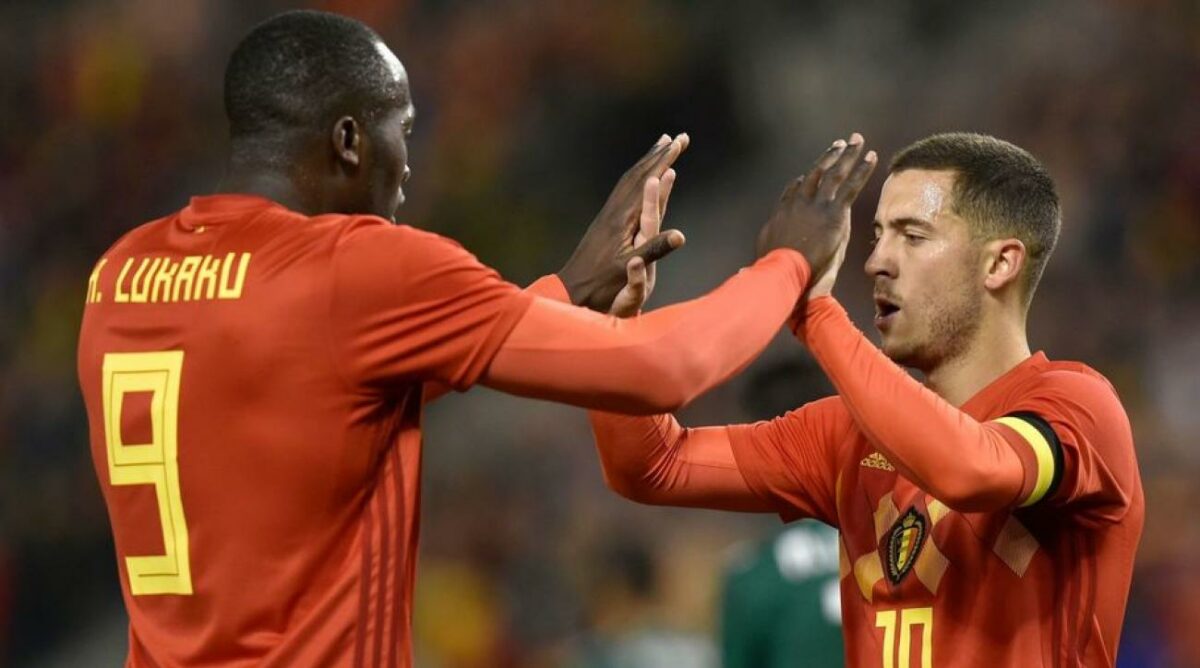 The calendar has switched to June and that means the 2018 FIFA World Cup is right around the corner. The world’s biggest international soccer tournament kicks off in Russia on June 14th with 32 nations taking part in this summer’s edition.

However, with the tournament starting in 13 days, teams are continuing to tweak their rosters and prepare themselves for the competition. Many teams have already begun their warmup matches, while others will get their first taste this weekend.

Here are the top five international fixtures to keep an eye on this weekend:

Two historic heavyweights square off on Friday in Nice looking for strong performances. France is coming off a 2-0 win of Ireland back on Monday, and will close out their friendlies on June 9 against the U.S. Men’s National Team. Didier Deschamps’ side is full of talent and will be expected to make a deep run in this summer’s World Cup. Paul Pogba, Antoine Griezmann, and Kylian Mbappe headline the French roster, while players like Olivier Giroud have come through clutch in the past.

Italy is going through a time of transition with former Manchester City and Inter boss Roberto Mancini taking the helm as manager. A 2-1 win over Saudi Arabia on Monday was a positive start for Italy, who saw several new faces in their squad. Mario Balotelli and Andrea Belotti each scored goals in the friendly win, and will look to propel Italy to an upset in France.

Another pair of European heavyweights will duke it out this weekend with Belgium hosting Portugal in Brussels on Saturday. This will be Belgium’s first friendly since March, when they rolled past Saudi Arabia, 4-0. Roberto Martinez has a slew of attacking talent in his arsenal and will have many decisions to make about who starts and who does not. Chelsea’s Eden Hazard, Manchester City’s Kevin De Bruyne, and Manchester United’s Romelu Lukaku headline the list of playmakers that Belgium has.

The defending European winners, Portugal, drew, 2-2, with Tunisia last time out, allowing their opponents to fight back for a point. Porto’s Andre Silva and West Ham’s Joao Mario each netted goals for Portugal, who did not have Cristiano Ronaldo available for the match. The Real Madrid star is definitely the man to watch for the visitors after a sensational season again for Los Blancos.

One of the more intriguing fixtures comes from Anfield on Sunday, with Brazil and Croatia facing off. Tite’s men are 2-0-0 in the new year after friendly wins over Russia and Germany back in March. PSG star Neymar has not been ruled available yet after recovering from a foot injury in his domestic campaign. However, the CONMEBOL qualifying champs still have the likes of Roberto Firmino, Philippe Coutinho, and Gabriel Jesus to choose from.

This is Croatia’s only friendly ahead of the start of the World Cup before they kick off against Nigeria on June 16. Headlining their roster is Juventus striker Mario Mandzukic and Real Madrid midfielder Luka Modric. One player to keep an eye on is Inter playmaker Ivan Perisic, who bagged 11 goals and added nine assists in Serie A this season.

A favorite to win this summer’s World Cup is defending champs Germany. Joachim Low’s men will get their first taste of friendly action on Saturday as they travel to Austria. Longtime servants Thomas Muller and Mario Gomez have been chosen in Low’s roster, while Leroy Sane is an interesting player to watch. The Manchester City man hit double digits in both goals (10) and assists (15) for the Premier League winners this past season.

Austria did not make this summer’s tournament, finishing fourth in qualifying behind Serbia, Ireland, and Wales. A 1-0 win over Russia gave the Austrian fans something to cheer about and a win over Germany would be a nice feat. Bayern’s David Alaba and West Ham’s Marko Arnautovic headline the roster, which is seeking help from newer players to the bunch.

Two teams hoping to make a splash in this summer’s tournament are Sweden and Denmark. Sweden advanced via the playoffs as they ousted Italy on a 1-0 aggregate scoreline. They will find it difficult in their group though with the likes of Mexico, Germany, and South Korea to deal with. Zlatan Ibrahimovic has not been called into the WC squad, making Emil Forsberg and Marcus Berg the headlining stars for Sweden.

Denmark rolled past Ireland 5-1 in their qualifying playoff thanks to a strong showing from Tottenham’s Christian Eriksen. Eriksen netted a hat trick in the second leg and will be the main man for Denmark in this competition. Denmark will also face Mexico before they kick off their group action against Peru.

Here’s all of this weekend’s International Friendlies: