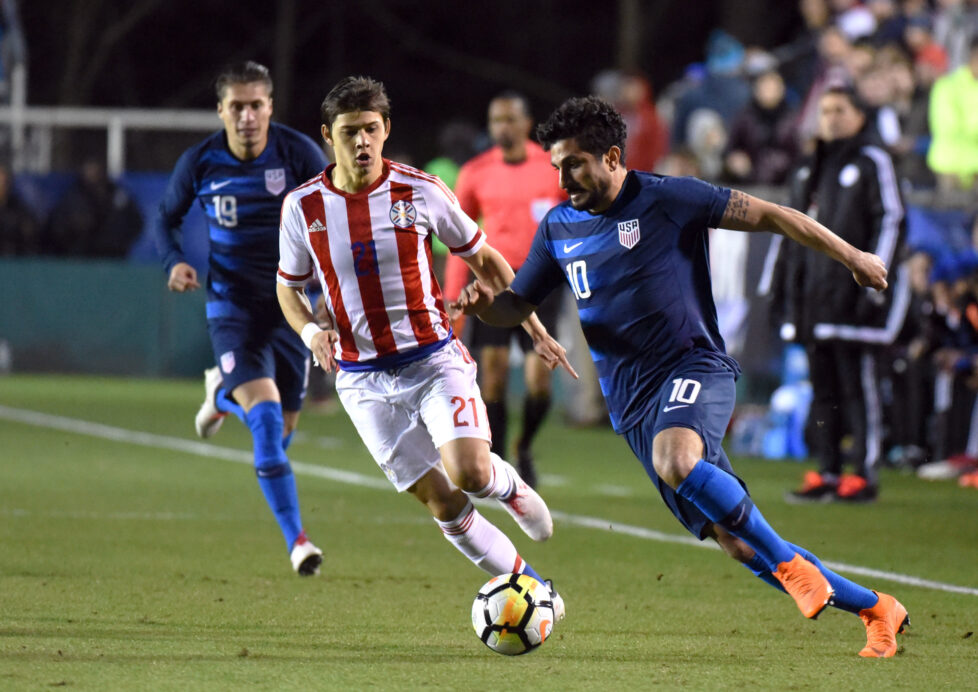 The U.S. Men’s National Team will be without a potential playmaker against France.

U.S. Soccer announced that Kenny Saief has left camp due to a leg injury, leaving the team with 24 players for Saturday’s clash with France. No replacement will join the squad.

Saeif suffered the injury towards the end of his season with Anderlecht and was limited in training with the USMNT. After missing out on the match against Ireland, Saief continued with the team in France but, after discussing further with Anderlecht staff, Saief was released as a precaution.

The injury marks the second time Saief has seen a call-up cut short as the playmaker missed last summer’s Gold Cup after making his debut in a friendly win over Ghana.