Mexico cruises past South Korea on goals from Vela, Chicharito 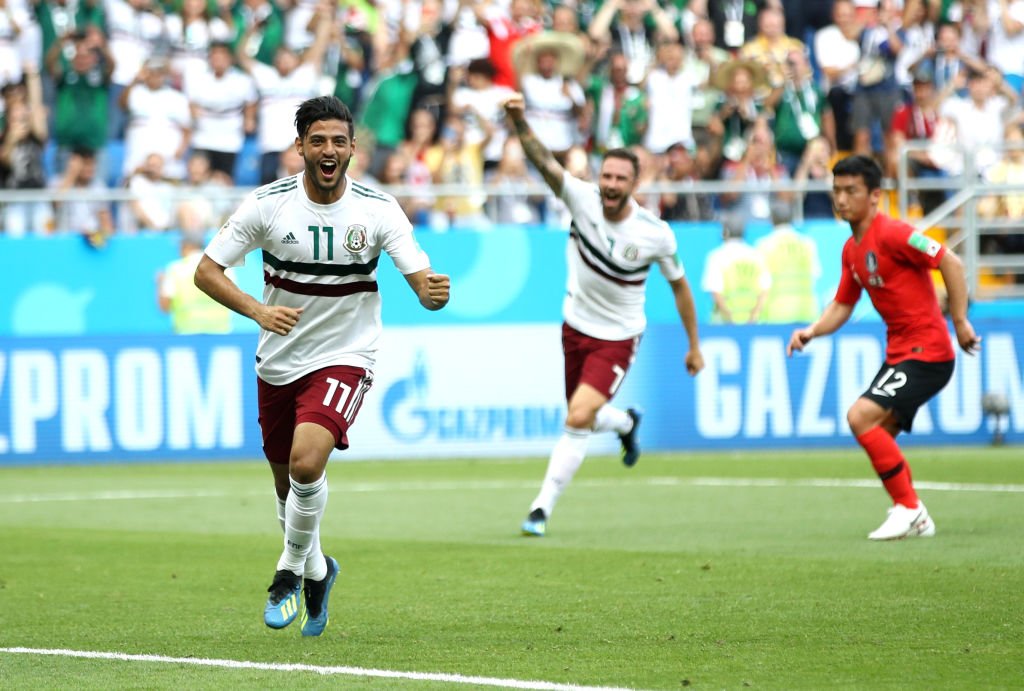 After dispatching Germany in their World Cup opener, Mexico continued to roll with a professional performance in a win over South Korea.

Javier ‘Chicharito’ Hernandez and Carlos Vela each scored a goal as El Tri cruised past South Korea, 2-1, on Saturday. With the win, Mexico locks up their sixth point through two games while South Korea is eliminated with their second loss in as many matches.

Mexico opened the scoring in the 26th minute following a handball call in the box. Carlos Vela stepped up and buried the ensuing spot kick, giving El Tri a deserved 1-0 lead.

‘Chicharito’ doubled that lead, finishing off a magnificent counter alongside Vela and Lozano. With Vela and ‘Chicharito’ on either side, Lozano slid a pass to his left to the latter, who took a touch past a defender and scored to seal all three points for El Tri.

The first half largely went to plan for El Tri, who kept calm, composed possession throughout the 45. Mexico largely limited South Korea to out-manned counter attacks, although Son Heung-min did create several nervy moments for Guillermo Ochoa and the Mexico backline.

As the match continued, Mexico continued to maintain possession, prompting a number of “Ole” chance from the Mexico-heavy crowd.

Korea did end up notching a heck of a consolation goal. Heung-min scored a real screamer from well outside the box in the third of five minutes of stoppage time.

Up next for Mexico is a match against Sweden while South Korea wraps up against Germany.

Carlos Salcedo’s game may not have been as loud as a number of his attacking teammates, but the Mexico defender was at his very best all throughout Saturday’s win.

‘Chicharito’ scored an insurance goal that all but ended the match and sealed Mexico’s spot in the knockout round.

Jang Hyun-Soo conceded the penalty that lead to Mexico’s opener as the South Korea defender slid with his arm in the air, committing a backbreaking and unnecessary handball.