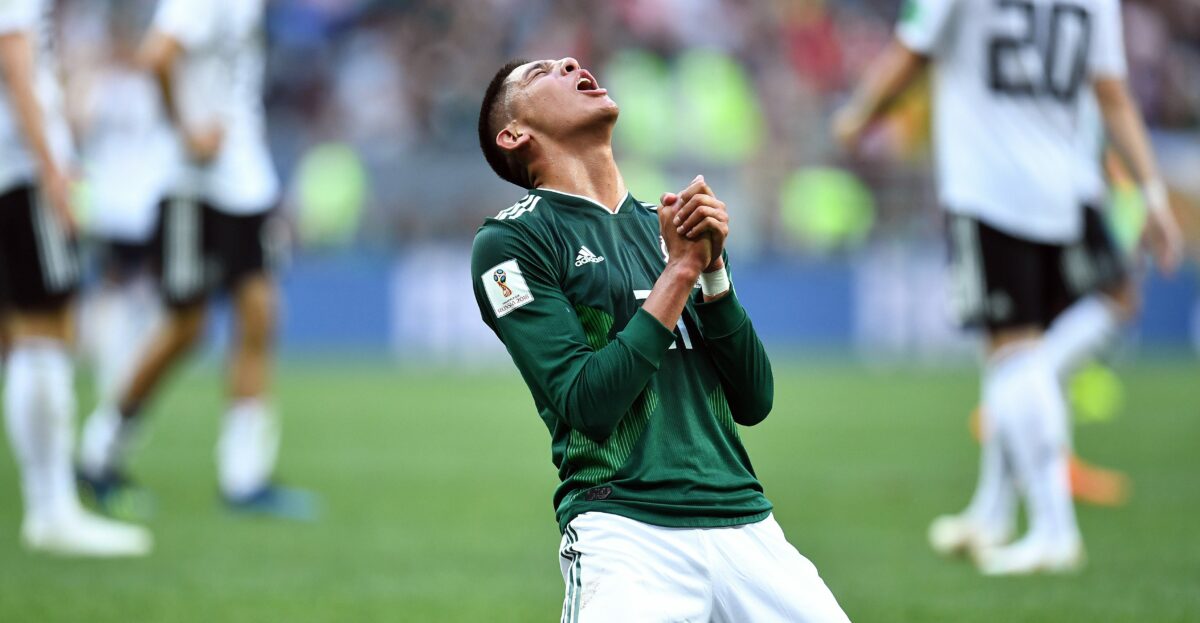 Nearly everything that could have gone wrong did for Mexico. For the first time in Russia, El Tri was sloppy and careless. In response, Sweden scored goal after goal, punishing El Tri for their worst performance in this World Cup.

Despite it all going wrong, though, the soccer gods took care of Mexico, who will live to fight another day after a major humbling on Wednesday.

For the seventh consecutive tournament, Mexico successfully navigated a group to advance to the knockout stages. However, if they hope to erase the curse of the fifth game that has plagued them each of the past six trips, they’ll need to look like the complete opposite of the team that showed up against Sweden.

“Showed up” might even be too nice for Mexico, which was never truly in it on Wednesday. Aside from a few looks from Carlos Vela in the first half, Mexico created little in the attacking third. El Tri maintained possession, sure, but that was by design as Sweden looked to counter quickly and stay strong in defense. The Swedes did just that as they played intelligent, disciplined and, ultimately, successful soccer against a team that had cruised thus far.

Defensively, though, Mexico was shambolic. The first goal was a poor deflection, sure, but there was also a defensive breakdown. The second goal was a certain penalty kick. The third? A sloppy own goal that served as a fitting metaphor for a Mexico team that couldn’t get out of its own way.

It was a far cry from the Mexico that toppled Germany or cruised past South Korea. That Mexico was decisive and disciplined, led by a standout defense that was playing as well as any unit in Russia. That Mexico was composed with Vela, Javier ‘Chicharito’ Hernandez and Hirving Lozano leading an attack that was finding ways to get it done. That Mexico was also almost identical to the team placed on the field as Juan Carlos Osorio, for the first time in quite awhile, stuck to his guns rather than rotating.

But, whatever Wednesday was, Mexico will need more in the next round, regardless of who awaits. The first two matches of the World Cup showed just how much trouble Mexico could cause teams in the next round. The third showed just how much trouble Mexico could be in if they fail to show up against a team that will likely be superior than the one they faced on Wednesday

Mexico has the ability to beat any team in the tournament. Even with Germany’s failures, that result demonstrated that, no matter how bad they were on Wednesday, Mexico genuinely deserved to go through.

The group stage showed that El Tri is a team to be reckoned with. That is if they can get out of their own way when the knockout stages begin.