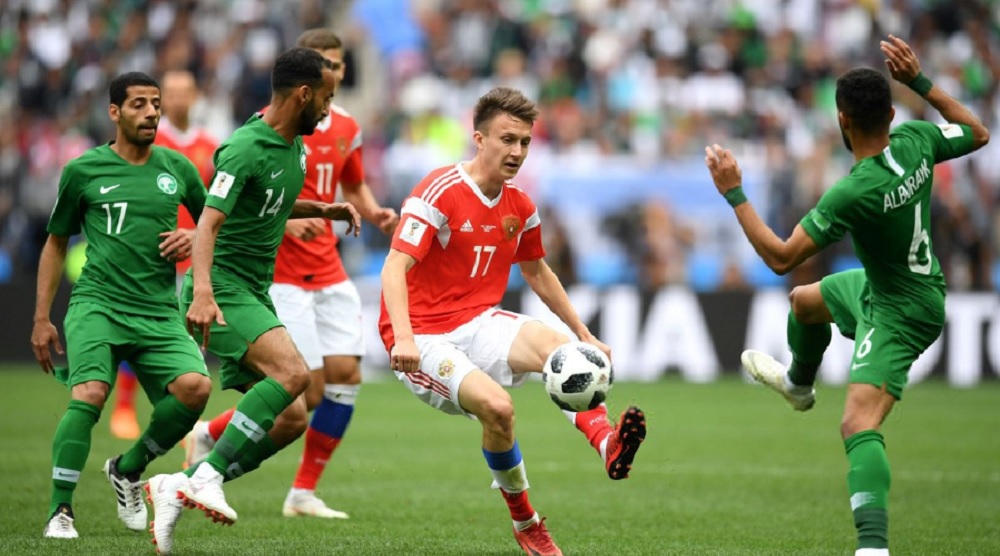 Aleksandr Golovin had the time of his life in the first match of the 2018 World Cup.

The Russian attacking midfielder already had a pair of assists as his country was blowing out Saudi Arabia, but he had to cap off the performance with a heck of a free kick with the last action of the match.

This was simply the cherry on top from Golovin. 👏👏 pic.twitter.com/f8JJZr5apY

Russia won the match 5-0 and will face Egypt in their next group stage match on Tuesday.