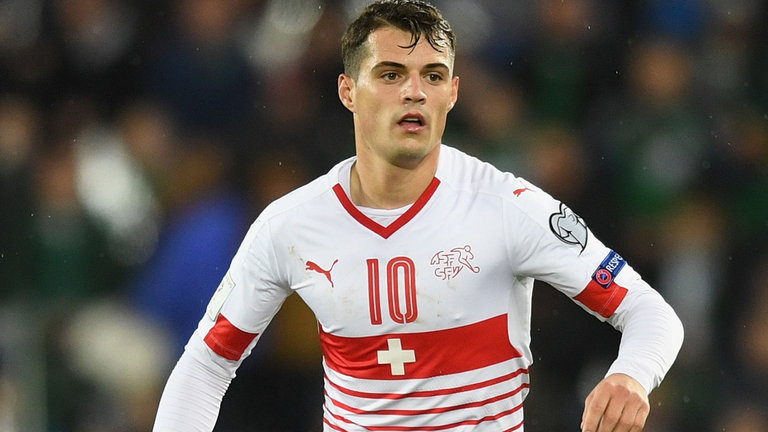 Granit Xhaka is one player who can always flip the script on a match with his ability to rip home from long distances. On Friday, the Swiss midfielder did just that as he leveled things in Kaliningrad against Serbia.

After Aleksandar Mitrovic opened the scoring in the fifth minute for Serbia, but Xhaka tied things up in the second-half.

The Arsenal midfielder stepped up and blasted a left-footed effort into the right side of the goal in the 52nd minute. It tied the match for Switzerland who for the second straight match fought back to tie the score.

Xhaka showed great skill to readjust his feet and shoot the opposite way that the ball was rolling towards. It was Xhaka’s 10th career senior goal for Switzerland in his 64th appearance for his country.