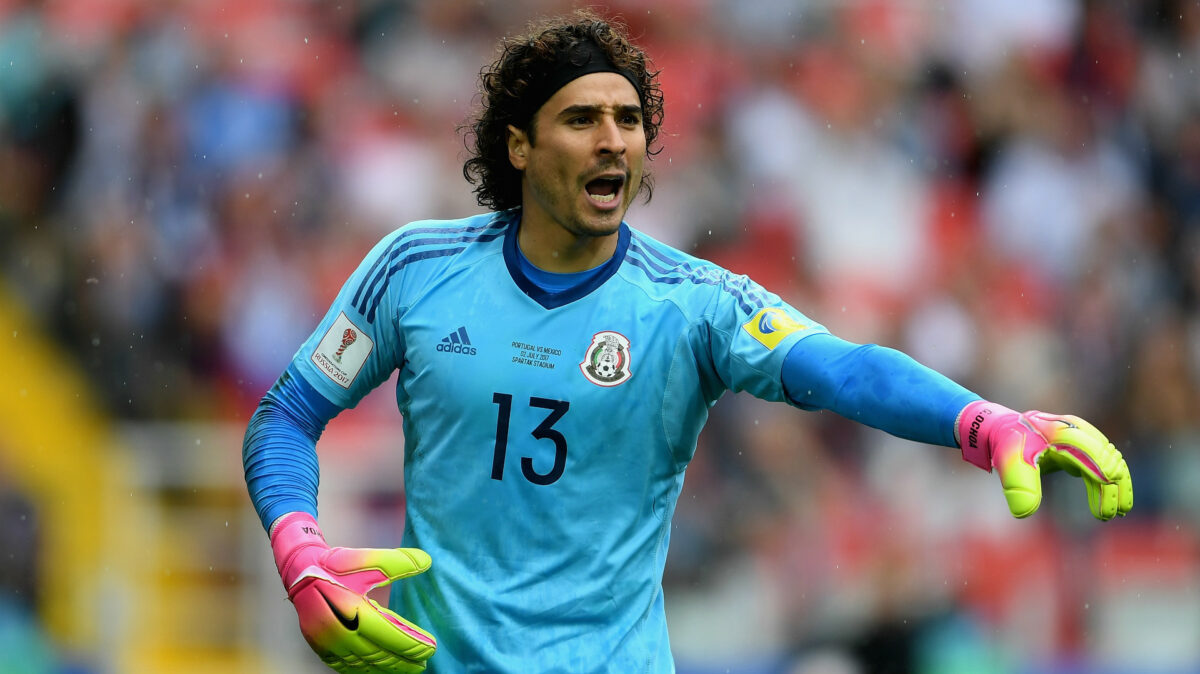 Hirving Lozano may have scored the decisive winner for Mexico in their 1-0 dramatic victory over Germany on Sunday, but goalkeeper Guillermo Ochoa was just as important in the win.

Ochoa made nine saves to help Mexico to a clean sheet win over the defending World Cup champs, which was their first ever win over Germany.

In a match where El Tri was heavily dominated in possession, Ochoa was up to the task against a talented German attack. His best save came before halftime as the keeper stretched to his right and saved a Toni Kroos free kick that look destined for the top-right corner.

Kroos was again kept out by Ochoa in the second-half, while Mario Gomez’s late chance was pushed away from danger by the Mexican keeper.

In a match where Mexico could’ve slammed the door shut earlier, Ochoa helped his side to a current first place spot in Group F.