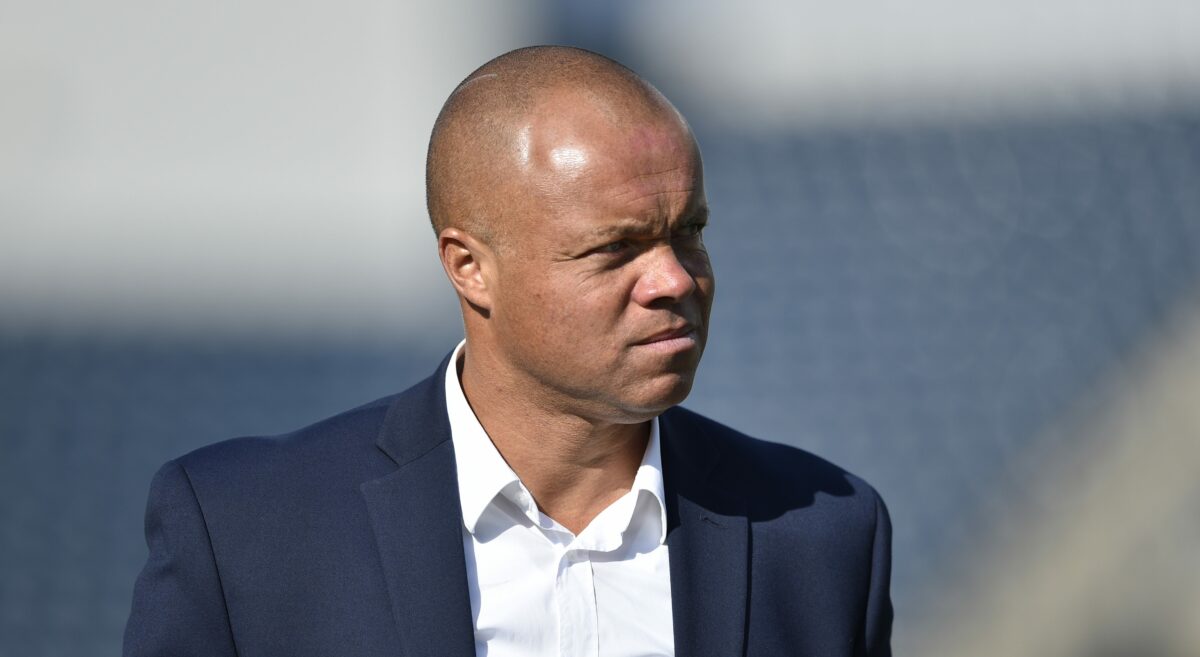 The process of hiring the U.S. Men’s National Team’s first general manager was just that: a process. There were a variety of candidates, a number of details to shake out. It was important to find the right fit, a candidate with a mixture of qualifications and the willingness to step into a role unlike any the federation has had before.

That process ended on Wednesday with the announcement of Earnie Stewart. Now, a new one begins as he approaches his first big decision, one which will all but define his tenure within the first several months of his time on the job.

As general manager, Stewart’s first order of business will be leading the search for a new USMNT head coach. Stewart will also be charged with helping to manage the player pool, establishing a style of play and helping define a culture for the men’s program throughout all levels.

That will take time. Stewart is set to begin his time on the job on Aug. 1 as he wraps up his time with the Philadelphia Union. As a result of that timeline, it remains to be seen if a coach would be appointed in time for a pair of September friendlies against Mexico and Brazil.

“Part of the interview process was making sure there was a candidate based on a style of play that we discussed with each other,” Stewart said on a conference call. “Yes, there is a list of candidates. It’s a wide list. It’s not based on a geographical part of anything. It’s a wide list of candidates that will come up with that… It’s already in place that we’ve been talking about a candidates list and we will continue that search process.

That process will be done in several parts, and Stewart is the driver of that process. He does not have final say, though. Any candidate chosen must be approved by the board, but the board is expected to be keyed in on the process throughout. By the time Stewart comes to make a recommendation, it’s expected that a candidate will be all but agreed upon throughout U.S. Soccer. No one person has autonomy and no one person will make the call.

Once that call is made, though, that head coach will have to work closely with Stewart who, in turn, answers to U.S. Soccer CEO Dan Flynn. Stewart’s role is to lay out groundwork and expectations for the head coach when it comes to style, and the coach’s job is to execute that style at a high level.

The question then arises: what if a coach isn’t interested in answering to a GM? What if a high-profile coach desires more power? Stewart doesn’t expect that to be an issue.

“One thing that is unique that we have with the United States is that everybody wants to work here,” he said. “I see it as a great opportunity. I don’t think there  are many coaches that would say no because the U.S. has values in the way they want to step on the field and what they want to see on the players that all of a sudden the job would not interest them. I don’t believe that at all. I think, if you come with a plan, a lot of people will jump on board for that, because there is a plan, there is a vision and there is an identity that we want to see.

“They have the autonomy within the style of play to play in different formations,” he added. “That’s something that belongs to the head coach. I don’t think that will ever be a problem. When you sit down and have conversations with each other, you have an understanding. It’s a great point that a coach knows what we want to see on the field, and then it comes down to a formation and that’s something that you discuss with each other.”

Overall, Stewart’s job is long-term. He has the responsibility of sculpting the national team program on the senior level and instituting some new changes throughout. He will not, however, have absolute power. There are a number of checks and balances in place and various other people involved each with their own areas.

Still, the next few months will be crucial to any plan the U.S. has in place. Stewart’s views are beyond the 2022 World Cup but the style implemented and the coach hired to execute it will be crucial for a USMNT program looking to rebuild following the World Cup qualifying failure.

“How do you get to a style of play? Not that we’ve already came to the conclusion that this is it, but how you get there,” he said. “A lot has to do with the values that we deem very important for players on the U.S. Men’s National Team. You think about some of those with the team chemistry, with pride, with passion, and that leads to a style of play.

“It’s not set in stone what that will be, but that has started somewhere with the values we think are important for players that step on the field and represent our country. “