Uruguay tops Group A with win over 10-man Russia 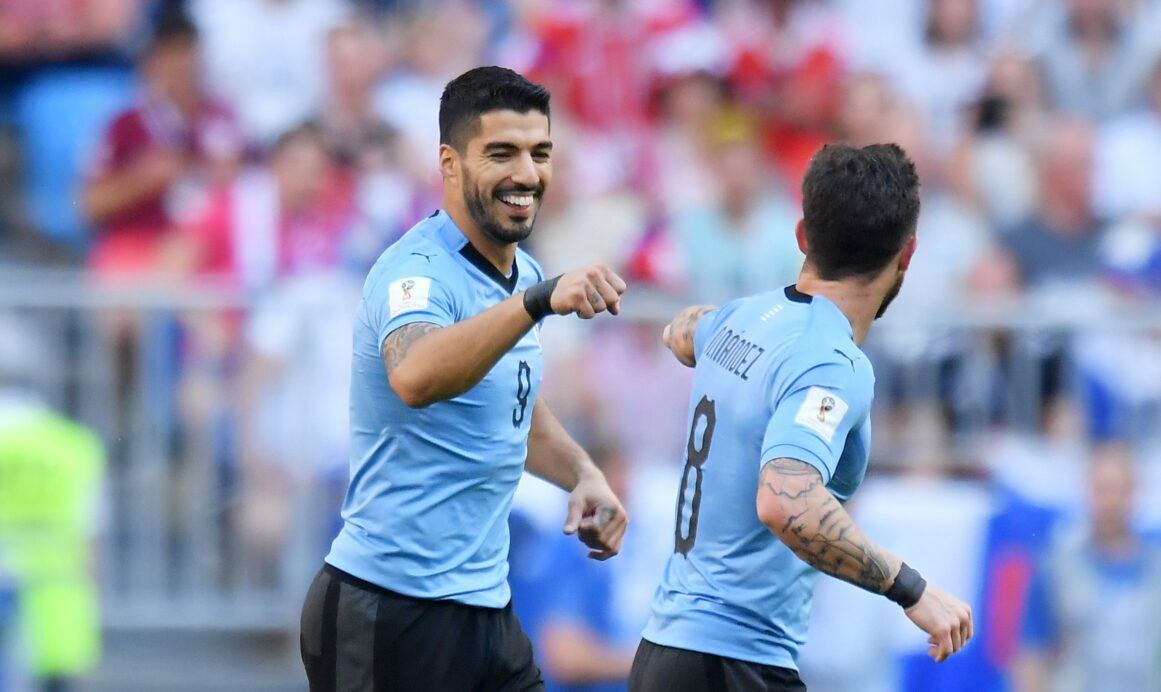 It didn’t take long for Uruguay to send the message that Group A wasn’t Russia’s to win.

An early goal from Luis Suarez and additional finishes from Diego Laxalt and Edinson Cavani helped Uruguay lock up Group A on Monday with a 3-0 win over Russia. Both sides will advance from the group, though, Uruguay finishes on nine points while Russia ends group play on six.

Uruguay took their first step towards sealing the group victory in the 10th minute through the team’s top star. On a free kick just outside the box,  Suarez ripped a driven shot into the bottom corner to give Uruguay the advantage.

That advantage doubled in the 23rd minute through an unfortunate deflection. Laxalt’s long-range effort banked off Denis Cheryshev and in, giving the Uruguayans the 2-0 lead.

Making matters worse for the hosts was a red card soon after as Igor Smolinkov was sent off with a second yellow for a foul on Laxalt.

After cruising through a majority of the second half, Cavani added an exclamation point late, finishing off a rebound to seal the win.

Next up for Uruguay is the second place team from Group B while Russia will take on that group’s winner.

Laxalt’s goal was a bit fortunate, but his attacking work-rate wasn’t as he helped lead the Uruguay attack.

Suarez’s early free kick goal set the tone for a Uruguay team that cruised to the group victory.

Making his World Cup debut, Smolinkov lasted less than a half before being sent off, all but ending his team’s hopes of coming back.