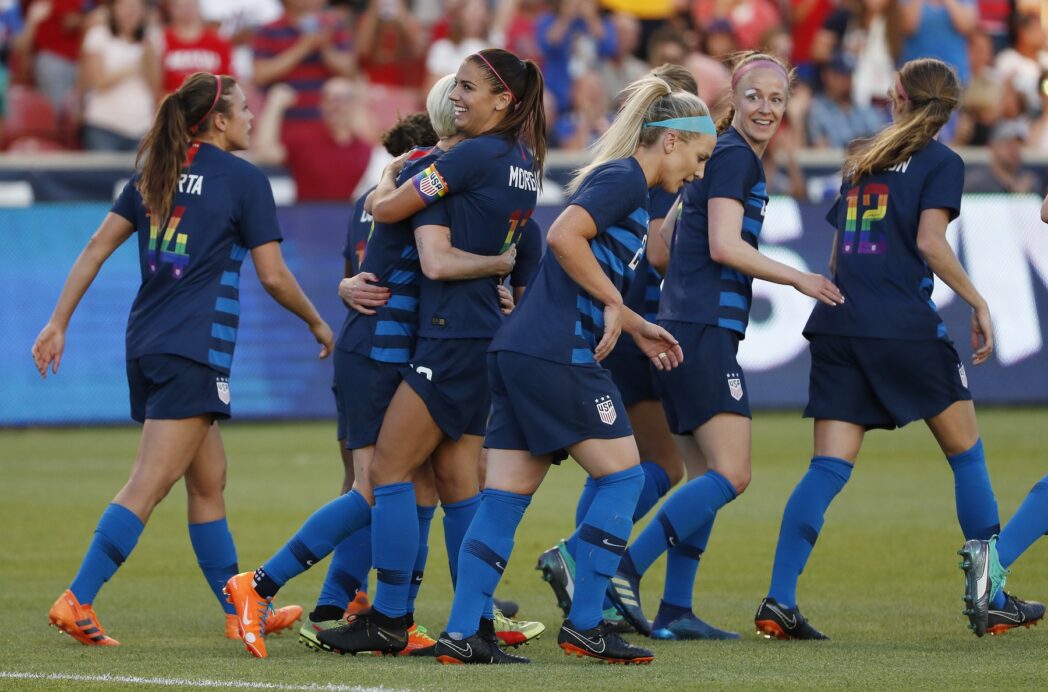 The U.S. women’s national team may have recorded another victory, but it was a hard-fought one, beating China 1-0 on Thursday at Rio Tinto Stadium.

The game’s lone goal came, as it frequently does, after Megan Rapinoe and Alex Morgan connected for it. In the 57th minute, Rapinoe took a free kick yards outside of the penalty area that perfectly found Morgan’s head. From there, it was an easy finish for the forward, who scored her 13th goal in her last 14 matches for the national team.

Other than that, it was far from the U.S.’ best night. Members of the attack were isolated all night as the midfield trio, which changed from the first half to the second, had difficulty breaking down China’s defensive block. It was something the team struggled with all night, never quite getting a chance to show any creativity in attack.

Additionally, Ellis took the opportunity to experiment with a backline she still does not feel is set, initially giving Becky Sauerbrunn the start at right back while Tierna Davidson and Abby Dahlkemper partner at center back. That plan was abandoned quickly, as Ellis eventually settled on pairing Sauerbrunn and Davidson and giving Sofia Huerta minutes at right back.

Despite the difficulties that the match presented, the U.S. had a few things to celebrate. The team collected only its third clean sheet in its last ten games, and saw Julie Ertz, Samantha Mewis, and Amy Rodriguez make long-awaited returns from injury.