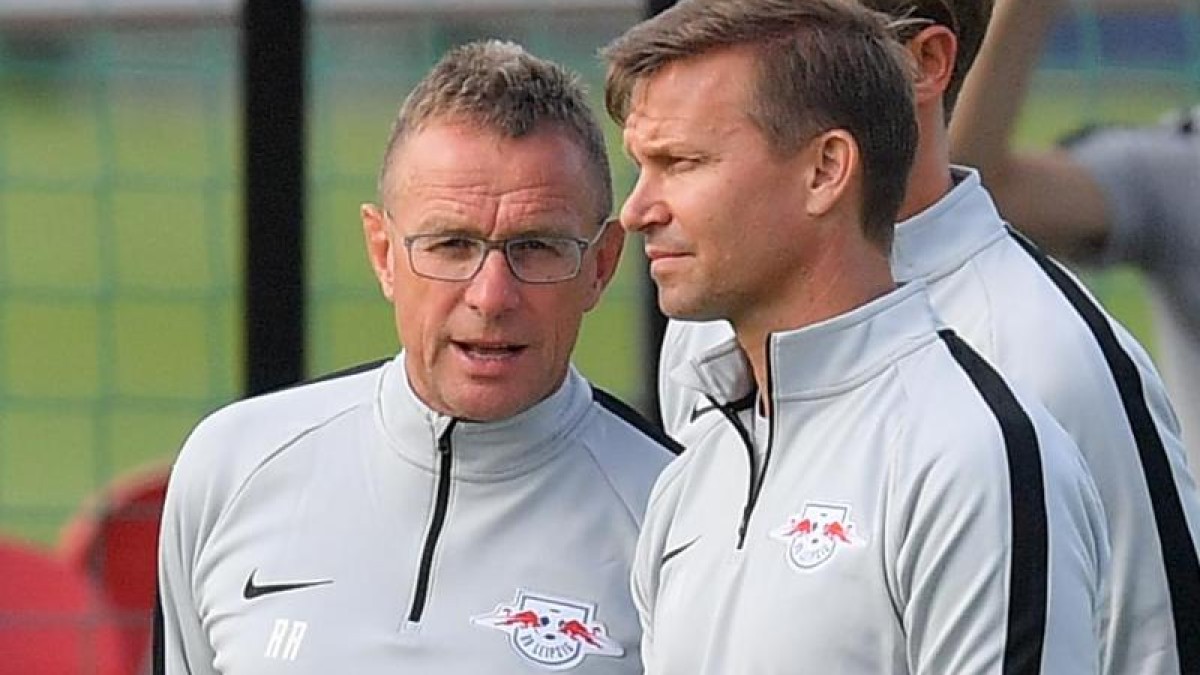 Jesse Marsch’s next step was a move to Europe and, now that he has taken that step, the former New York Red Bulls boss is ready to learn.

Marsch was named as RB Leipzig’s new assistant coach on Monday, joining Ralf Rangnick’s staff with the Bundesliga club. The move sees Marsch join RB Leipzig as an assistant for two years, first under Rangnick before Julian Nagelsmann takes over for 2019-20.

“The next step is not always when the timing is perfect,” Marsch said according to RBLive. “(Red Bull Head of Soccer) Oliver Mintzlaff and I had the first talks on Wednesday last week. I knew there was a lot of speculation before, but I still had a job to do (in New York). And then everything went fast. I always had a good relationship with Oliver in New York.

“Coaches like Bob Bradley have gone to Europe,” he added. “That was an inspiration for all American coaches. I started to think about other possibilities. So I took my next step and obviously it was very valuable to get to know the people here.”

Marsch says that stepping into an assistant role is not a demotion, even if the longtime MLS veteran rose through the ranks as one of the league’s top coaches. Instead, he sees it as the next stage of his “personal developement”, a chance to get his foot in the door in Europe.

Now, he’ll work alongside Rangnick, the man credited with helping organize the style that defines Red Bull soccer. Rangnick, the team’s sporting director before taking the head coaching gig for this season, was previously in charge of the team in 2015-16, helping the team earn promotion to the Bundesliga.

Marsch has previously worked alongside Rangnick during the MLS offseason as the former Red Bulls boss traveled to Leipzig each of the last three years to learn alongside the veteran coach.

“We discussed things, I did not write anything down,” Marsch said. “I think Ralf is very clear how all are integrated. My job is to bring in my experience and knowledge of how to work with the players. I’m going to take work off  his plate because he has a lot to do, and I can.

“I am intense. And I demand a lot when it comes to success. I am a coach who builds relationships, who cares about the people, who wants to understand what helps them to become better.”

After those two years, Marsch’s future will be up in the air. The goal is almost certainly to use this experience as a springboard towards a head coaching gig.

Someday, Marsch says, the U.S. Men’s National Team job is something he could push for. Marsch was linked with the job for quite some time but, according to the coach himself, there was no real discussion.

For now, though, Marsch is focused on helping RB Leipzig while taking his next step as a coach.

“The national team was not discussed,” Marsch said “That was a public discussion, but there were no discussions. I hope that someday I can also manage the U.S., but I’m young. There’s a lot to learn. “