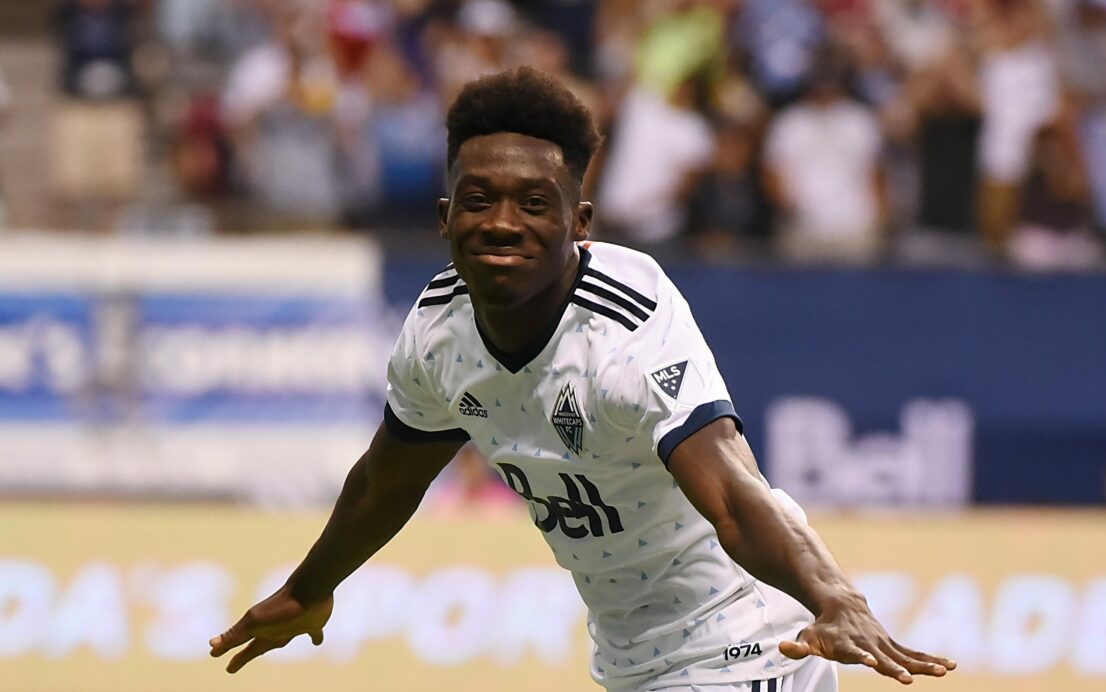 Martinez scored his 23rd and 24th goals of the season to lead the Five Stripes past the Montreal Impact, while Rooney delivered his first MLS goal to help D.C. United top the lowly Colorado Rapids.

Toronto FC continue its climb toward the Eastern Conference playoff places by beating the Chicago Fire for the second week in a row, while the Columbus Crew handed the New York Red Bulls their first home loss since April.

In Vancouver, Alphonso Davies celebrated his first match since completing his transfer to Bayern Munich with a standout performance, delivering a goal and two assists in a 3-2 Whitecaps win against Minnesota United.

Here is a look back at Saturday’s MLS action:

Josef Martinez moved to within three goals of the MLS season record to help the East-leading Atlanta United grab three points the road at Stade Saputo.

Martinez headed home a Tito Villalba cross in the 31st minute to open the scoring. His second of the night was a gift, with Impact defender Jukka Raitala attempting to clear a shot off the line before hitting it off Martinez and into the Impact net.

Ignacio Piatti blasted a left-footed consolation goal in the 87th minute, but the Impact couldn’t find an equalizer.

Man of the Match – Josef Martinez. The MLS goals leader pushed his league-best total to 24 with both Atlanta goals.

Moment of the Match – Hector Villalba’s run down the left wing to set up Martinez’s opening goal was outstanding.

Match to Forget – Matteo Mancosu was once again ineffective in front of goal for the Impact. The Italian’s has a disappointing total of two goals this season.

The New York Red Bulls are normally the team that jumps all over opponents at Red Bull Arena, but the Columbus Crew turned the tide, scoring three unanswered goals in the first half on the way to a big road win.

Jonathan Mensah poked home a ball headed down to him by Patrick Mullins to put the Red Bulls on the back-foot. Zack Steffen helped that lead stand up with a stunning 18th-minute reaction save to deny an Aaron Long header.

Mullins doubled the lead in the 24th minute when he raced in behind the Red Bulls defense and ran onto a long Harrison Afful pass before beating Luis Robles.

Things only got worse for the Red Bulls in the 32nd minute when Sean Davis headed a Crew corner kick into his own net to give the Crew a 3-0 lead.

A Jonathan Mensah own goal and Daniel Royer finished helped make the match close, but the Crew held on for the big road win.

Man of the Match: Patrick Mullins marked his first start for the Crew with a goal and an assist in a stellar first half for the visitors.

Moment of the Match: The Crew’s second goal came through a counterattack, as quick play from Pedro Santos, Harrison Afful, and Mullins, who scored, proved to be too much to handle for the Red Bulls in the first half.

Match to Forget: An experiment with three centerbacks was not successful, as Aurelien Collin, Tim Parker, and Aaron Long lacked chemistry. They were exposed for the 45 minutes they were together, as Chris Armas took Collin off at halftime.

It may only be two matches, but Toronto FC might just be finally heating up and preparing to make a playoff push.

The reigning MLS Cup champions beat the Fire for the second straight week, pulling to within six points of a playoff spot in the East.

It took more than a half for TFC to get going, but it was Jozy Altidore who finally broke through, pouncing on a loose ball in the 52nd minute.

Jonathan Osorio doubled the lead in the 72nd minute when he raced to the back-post and slotted home a Sebastian Giovinco pass.

Giovinco, who had a hand in both of TFC’s first two goals, scored a goal of his own in the 88th minute when his hard shot from distance took aa deflection and beat Richard Sanchez to secure the victory and give TFC it’s first two-match winning streak of the season.

Man of the Match: Giovinco was at his dangerous best, scoring a goal, setting up another, and hitting the woodwork twice.

Moment of the Match: Victor Vazquez delivered a perfect pass to Giovinco that the Atomic Ant re-directed to Osorio for TFC’s second goal.

Match to Forget: Richard Sanchez had another shaky night in goal for a Fire squad fading out of the playoff picture.

Wayne Rooney opened his MLS scoring account on a night when D.C. United needed a little luck to take all three points at Audi Field.

Luciano Acosta helped open the scoring when he laid off a perfectly-weighted pass to a streaking Rooney, who slipped a shot through the legs of Tim Howard in the 33rd minute.

The Rapids looked like they might steal a road point when Kellyn Acosta’s back-post run finished off a Jack McBean pass to tie the match in the 82nd minute.

D.C. United grabbed a winner in the 90th minute when Ulises Segura’s attempted cross deflected off Rapids rookie Niki Jackson, slipping past Howard at the near post.

Man of the Match: Wayne Rooney was a constant threat against the Rapids defense, and his goal helped set the tone for D.C. in the first half.

Match to Forget: Tim Howard got nutmegged on Rooney’s goals, then watched a re-directed ball beat him at his near post.

FC Dallas extended its lead atop the Western Conference to six points by riding a hat-trick performance by Michael Barrios to a fourth win in six matches.

Barrios notched his first goal in the 23rd minute when he out hustled Ike Opara to a long ball before sliding a shot past an on-rushing Tim Melia.

Gerso Fernandes tied the score with a stunning finish to the inside of the far post. That goal looked like it might spark SKC to another home win, but the momentum didn’t lost very long.

Barrios punished Opara yet again in the 62nd minute when he ran onto a long ball from Roland Lamah and slipped a shot through the legs of an on-rushing Melia.

Barrios completed his hat-trick in the 73rd minute by pouncing on a loose ball in front of the penalty area and beat Melia from close range.

The loss is Sporting KC’s fourth in five matches, but it was SKC’s first home loss since its season-opening loss to New York City FC.

Man of the Match: Michael Barrios ran wild all over the field, finding spaces and outworking Ike Opara all night. His hat trick earned FC Dallas three crucial road points that keep them atop the Western Conference.

Moment of the Match: Ulloa sent a ball over the top of a streaking Barrios that looked to be an easy header clearance for Ike Opara, but the 5’2” FCD forward outjumped 6’2” Opara, calmly collected the ball and chipped goalkeeper Tim Melia to give Dallas an early lead.

Match to Forget: Ike Opara had arguably one of his worst performances of his career. The centerback struggled to contain Michael Barrios all night, and individual mistakes from Opara led to two of Barrios’ three goals, which ultimately made the difference on the night.

It was Yordy Reyna who scored the first highlight-reel goal for the Whitecaps, dribbling past four defenders at the top of the penalty area before sliding his shot just inside the left post.

From there, Davies did the rest, dancing through the Loons defense in the 56th minute before slotting home a stunning finish.

Davies played provider in the 64th minute, hitting Minnesota United on the break before laying off a perfectly-weighted pass   to Kei Kamara to make the score 3-0.

Ibson and Abu Danladi scored goals to make things interesting in the final 10 minutes, but Davies ended the threat with another jaw-dropping dribble and finish to secure Vancouver’s victory.

Man of the Match:Alphonso Davies enjoyed one of the best performances of the season, having a hand in all four Whitecaps goals.

Moment of the Match: Davies had two amazing finishes, but Reyna’s goal was the tone setter.

Match to Forget:It’s tough to single out just one defender on a night when the entire loons defense was awful.

The Earthquakes saw an outstanding showing by their goalkeeper, but there was little else to get excited about with a team that is now riding a 14-match winless streak.

Man of the Match: Andrew Tarbell made some big stops to keep RSL off the score sheet.

Moment of the Match: Tarbell’s diving stop to deny a Justen Glad header in the 54th minute was easily the best moment, though Nick Rimando’s reaction save on a Quincy Amarikwa shot was also outstanding.

Match to Forget: Magnus Erikson had a golden chance to score in the second half, but wasted it.

Fanendo Adi’s days with the Portland Timbers are over, and he went out in style.

The Nigerian striker scored the winning goal in Portland’s victory over Houston at Providence Park. He pounced on a loose ball in front of goal, reacting quickly to redirect the ball into the net, helping the Timbers push their unbeaten streak to a league-best 14 matches.

Moment of the Match: Adi scoring the eventual winner in his final match for the Timbers is storybook stuff.

Match to Forget: Tomas Martinez managed to have a red card suspension rescinded before Saturday’s match, but was largely invisible anyway.