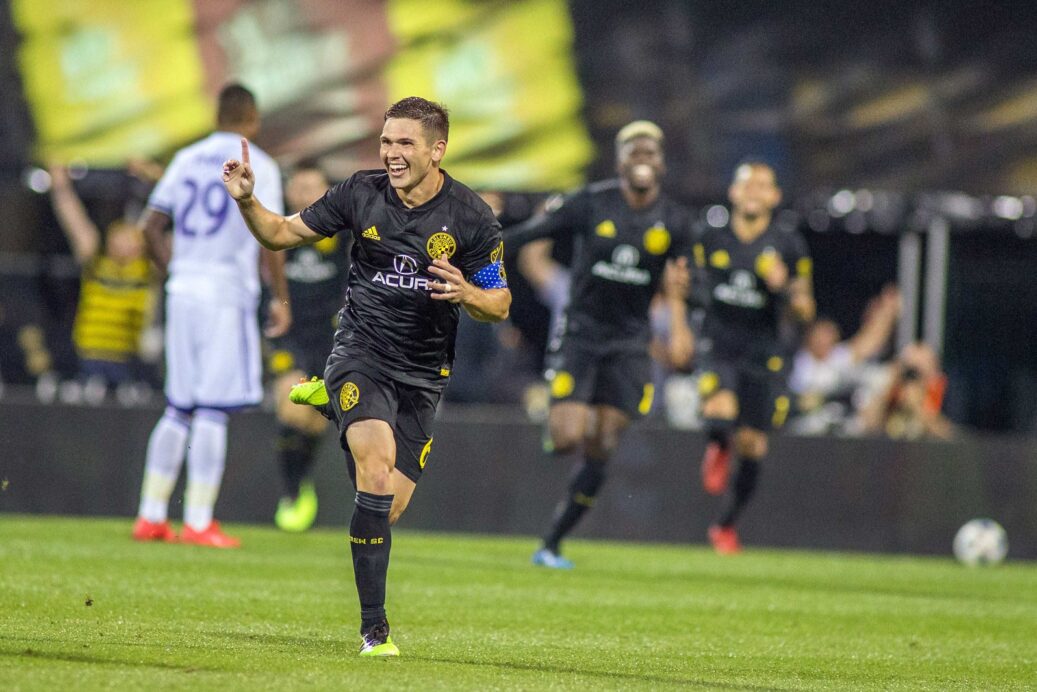 The Columbus Crew had found it tough for goals the last few weeks but they showed a short memory of that on Saturday night.

Gregg Berhalter’s side used a 92nd minute from Wil Trapp in their comeback 3-2 success over Orlando City.

After Gyasi Zardes leveled the score in the 88th minute with his second goal of the match, Trapp saved the best for last. The midfielder picked up a loose ball and blistered home a right-footed effort into the top-right corner.

The winner was Trapp’s first MLS goal since Sept. 2014 and helped Columbus snap a two match losing streak. Columbus remains in fourth place on 33 points after the comeback win.