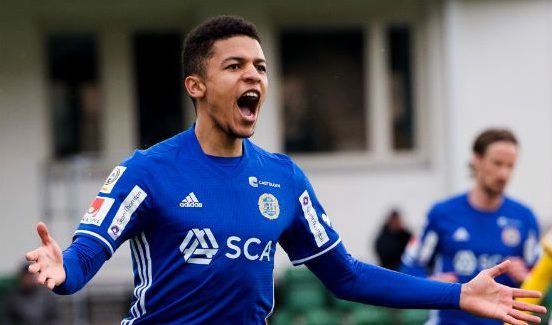 After a lengthy break from play, the goal for Swedish outfit Sundsvall on Tuesday was to get back to winning ways.

Headlined by their American winger, the team did just that away from home. Romain Gall scored and registered an assist in his side’s 3-1 victory over Sirius in league action.

Gall’s penalty kick in the 33rd minute leveled the score at 1-1 in Uppsala. The American stepped up and slotted in his fifth goal of the season to help his team head into halftime tied.

Gall’s strong performance continued as he assist to Linus Hallenius was slotted away in the 57th minute. Maic Sema would add a third later in the half to ice the second consecutive triumph for Sundsvall.

Sundsvall jump up to sixth place in the Swedish top-flight on 18 points.

Gall now has seven points on the season, one more than all of 2017. Up next for the 23-year-old is a showdown with BK Hacken on Saturday.