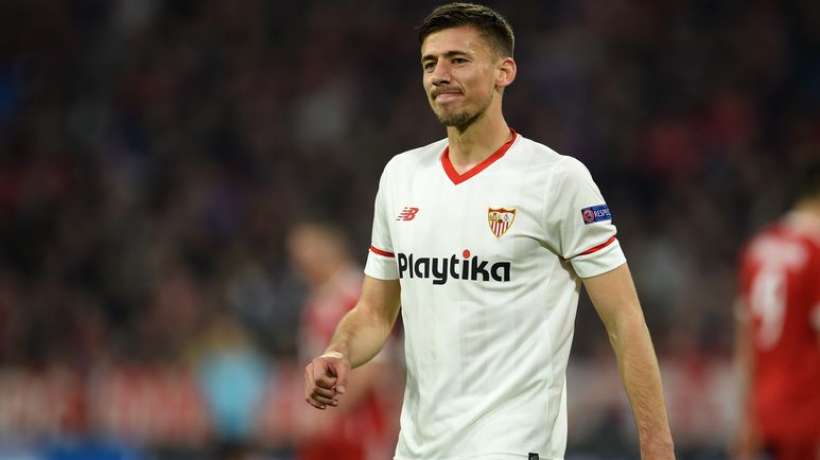 Barcelona are set to bolster their backline as they prepare to sign a rising star from a La Liga rival.

The La Liga champs are nearing the finalization of signing French centerback Clement Lenglet from Sevilla for approximately £35 million, according to Goal. Clement, 23, has spent the last 18 months with Sevilla while making 81 appearances over the last two seasons there.

2017-18 was a productive year for Lenglet who made 52 appearances in all competitions, scoring four goals. Pending a medical with the Blaugrana, Clement will sign a five-year deal with Barcelona joining Gerard Pique and Samuel Umtiti in the centerback pool.

EPL giants Manchester United were also in the running for the Frenchman’s services, but were beat out by the Catalan side. Clement will be the second signing of the summer for Barcelona after acquiring Brazilian midfielder Arthur on Monday.

Miguel Layun has officially made a move back to La Liga on Wednesday, joining Villarreal from FC Porto.

The Mexican wingback spent the second half of last season on loan with Sevilla, and is expected to join Villarreal on a three-year deal, ESPN reports. Layun, 30, is coming off a disappointing finish in the 2018 FIFA World Cup with Mexico, losing to Brazil in the Round of 16. Layun played in three matches for Juan Carlos Osorio’s side in Russia.

Villarreal are coming off a fifth-place finish in La Liga, qualifying for this fall’s Europa League. Layun becomes the sixth player to play for the Yellow Submarine and showed his excitement for his next chapter in a video message.

“[I’m] happy with the new adventure in my career with Villarreal,” Layun said in a video message. “I’m thankful for the trust. I hope to see you soon and hopefully we’ll enjoy our time together.”

Layun has also spent time with Atalanta, Club America, Veracruz, and Watford during his domestic career.

Borussia Dortmund have added a young talent on loan to their backline for the next two years.

According to Fox Sports, the Bundesliga side has reached an agreement with Real Madrid for the services of Moroccan international Achraf Hakimi. Hakimi came through Real’s youth system since 2006 and made 17 senior appearances in all competitions last season.

The 19-year-old played in nine La Liga matches, scoring twice and also featuring in his side’s two UEFA Champions League matches against Tottenham Hotspur. He played in all three of Morocco’s matches at the 2018 FIFA World Cup.

“Achraf Hakimi is a young, very dynamic full-back, who has played for Real Madrid and the Moroccan National Team at the highest level,” said BVB sporting director Michael Zorc.

Dortmund are currently in the United States, preparing for their preseason matches. Hakimi is expected to link up with the team as they try to improve on a fourth place finish in the Bundesliga last season.

Olympiacos have added an experienced defender to their backline on-loan for the 2018-19 season.

Wolves centerback Roderick Miranda has been loaned to the Greek top-flight side after falling in the pecking order, according to Goal. The 27-year-old joined Wolves from Rio Ave in 2017, seeing frequent playing time in the early stages of the 2017-18 season.

However, the second-half of the season saw Miranda’s playing time drop as he only made two appearances from that point on. Miranda made 37 appearances in his fourth season with Rio Ave in 2016-17, but made the switch to England ahead of Wolves’ Championship winning campaign.

Miranda has also seen time with Benfica during his domestic career, but also featured in both Spain and Switzerland before his move to England.