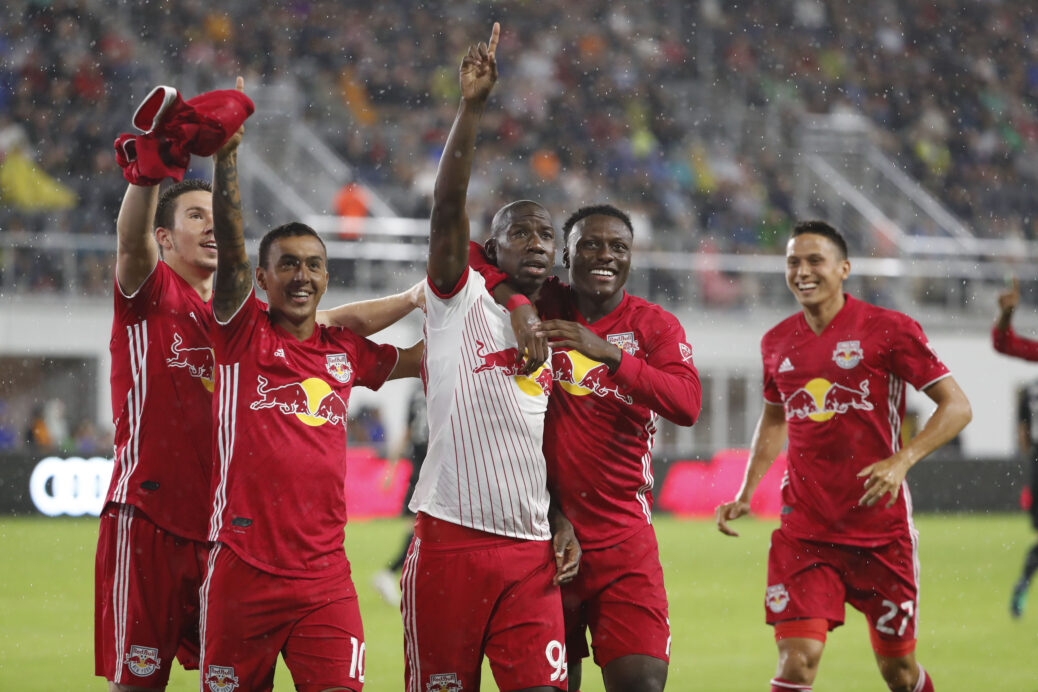 Originally a trialist following several up and down years in the English league system, Wright-Phillips wasn’t supposed to be some kind of superstar when the Red Bulls signed him five years ago. He was an added piece with a famous name, one that could provide a few goals with a fresh start.

On Wednesday, just about five years to the day after he signed, Wright-Phillips reached another milestone with the team, further cementing his status as a club, and league, legend.

Wright-Phillips scored his 100th goal for the club on Wednesday, becoming the fastest MLS player to reach the century mark. The forward wasted little time scoring what turned out to be the game-winner just two minutes into the match.

“It was kind of lucky,” Wright-Phillips said. “I’m obviously happy. Not just to score 100 goals but to do it for this club too, they gave me a chance.”

“He’s obviously a club legend but we’ve all been privileged,” added head coach Chris Armas. “Whoever’s spent some time around him– this is my fourth year with him. To just be part of his 100th goal, that it comes in a derby match and a meaningful one on the road, it’s a big win for him.”

Wright-Phillips says D.C. United matches have always been special to him because, from the moment he signed with the Red Bulls in 2013, that was the main rival. Largely, the Red Bulls have found success in that rivalry since the forward’s arrival, and that continued on Wednesday.

The goal certainly wasn’t Wright-Phillips’ prettiest. After beating his defender, Wright-Phillips banked a shot off David Ousted, a goalkeeper that forward admitted has always given him problems.

After scoring, the forward lifted his jersey to reveal a second jersey underneath with a 100 stitched on the back. The original plan was to unveil a shirt saying “100 for 99”, alluding to the forward’s number, but kitman Sean Ruiz surprised the forward with a better idea in the form of the No. 100 jersey.

“I wanted to show the traveling fans the jersey underneath,” Wright-Phillips said. “It was kind of warm under there honestly. I got my chance and it was great. As soon as I got it I was relieved.”

And the Red Bulls are relieved to have him. With the goal, Wright-Phillips moves up to ninth on the all-time goalscoring list, and the forward could conceivably jump all the way to sixth this season. It’s easy to imagine Wright-Phillips leapfrogging Taylor Twellman and Dwayne De Rosario in the coming weeks before approaching Jason Kreis, who sits on 108 career goals. Of that top 10, Wright-Phillips’ .63 goals per game ranks the best with Twellman sitting second with .58 finishes per match.

With a tie atop the single-season charts already on his resume, Wright-Phillips will certainly go down as one of the best goalscorers MLS has seen, and Wednesday will be looked at as another big achievement for a player that few expected to every get this far.