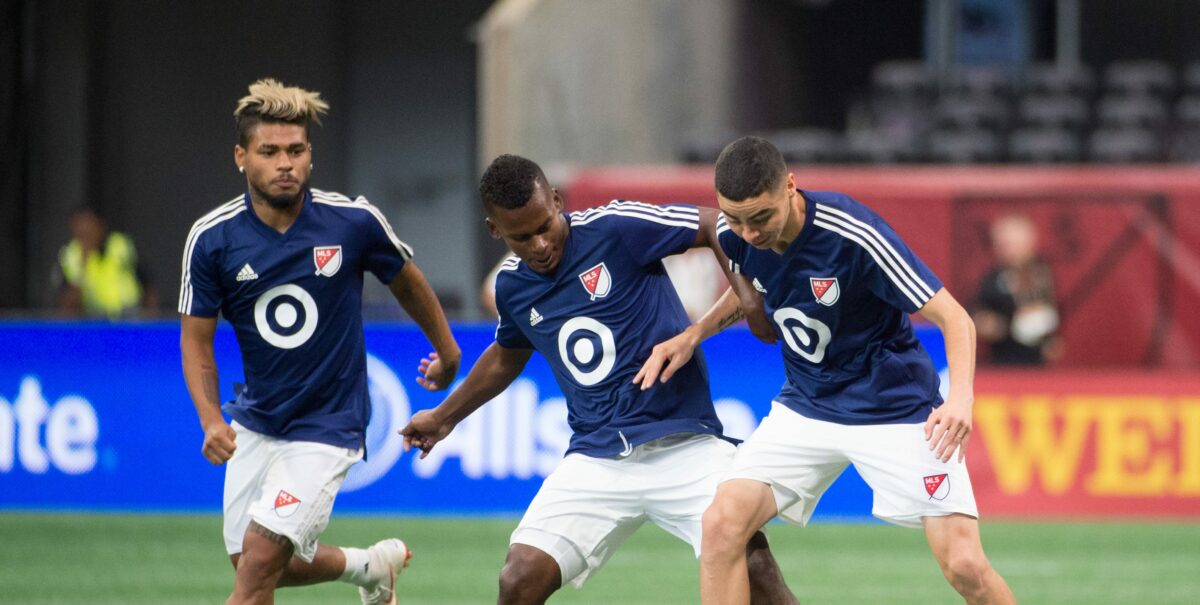 The eyes of American soccer fans will be on Atlanta Wednesday night as the 2018 MLS-All Stars take on Italian giants Juventus F.C. in the MLS All-Star Game at Mercedes-Benz Stadium.

Led by captain Carlos Vela of LAFC, the MLS All-Stars will feature 26 players from 16 teams around the league.

Although Juventus will be without their newest star Cristiano Ronaldo and other big names including Gonzalo Higuain and Paulo Dybala, the reigning Serie A champions won’t be short on star power. Sami Khedira, Emre Can, Giorgio Chiellini and Claudio Marchisio all have featured for the Bianconeri on their U.S. tour and figure to get minutes Wednesday night.

“We are very excited to be here,” said Juventus manager Massimiliano Allegri. “For us it’s the beginning of the new season during which we train and get to play some important games, particularly against MLS All-Stars. We are proud to be here.”

“There’s not many cities around the world that have what we have here in Atlanta,” said goalkeeper Brad Guzan. “To have this opportunity to showcase this to everyone, it should be an exciting time.”

The MLS All-Stars are 7-4-2 (W-L-D) against European opponents since switching to the current format in 2005. Their most recent victory came against Tottenham in the 2015 All-Star Game in Colorado.

After losing to Arsenal in 2016 and tying Real Madrid in 2017, the All-Stars look to break the two-year winless streak against Juventus.

“To play a club like Juventus, obviously it’s a historic club,” said Guzan. “As Tata mentioned some of the best players here for the game, to have these guys, to be part of a team with them, for me, it should be a special night.”

LAFC forward Carlos Vela, who was voted captain of the All-Stars by MLS fans, hopes to thank the fans for their support with his performance on the pitch.

“It’s an honor to be named captain of the MLS All-Stars,” said Vela. “This is a game where the top players in MLS play and the fact that the fans selected me, represents a big responsibility.

“The fans deserve a great show and we hope to give them a good game.”

Who will start for the All-Stars? Head coach Tata Martino says no final decisions have been made, but many expect Atlanta United stars Brad Guzan, Miguel Almiron, and Josef Martinez to start for the MLS All-Stars in front of their home crowd.

“I’m still working on the squad and lineup for the game since there were a few changes,” Martino said. “What I can tell you for sure is that the players will play at most 45 minutes, and at very least 30 minutes. This is because we have a great number of players to choose from and need to give all the players the opportunity to take part in the game.”