MLS Week 25: A Weekend Look Ahead 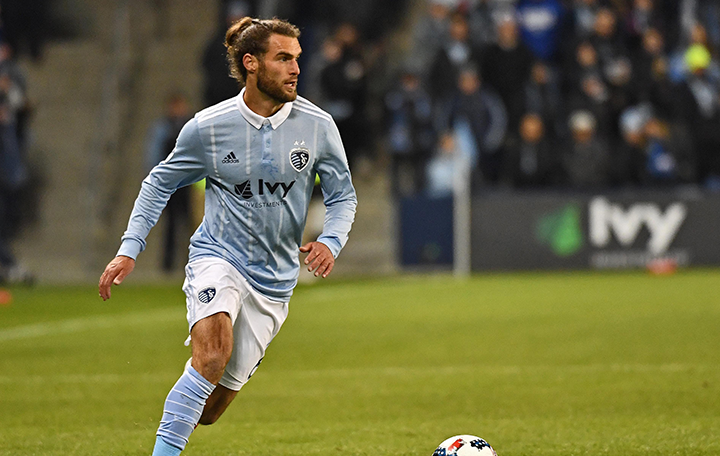 The race for the Major League Soccer postseason is officially here.

After keeping an eye on the Supporters’ Shield, home-field advantage and the red line in each conference, it’s time to seriously evaluate the standings at any glance.

D.C. United and Toronto FC have made the Eastern Conference much more exciting than it should’ve been, and they have the poor form of five teams around them to thank.

While in the East, the divide between the top four teams and the rest is clear, the Western Conference is more muddled and any one of five clubs could land the No. 1 seed by the end of October, and that’s not counting the surging Seattle Sounders.

Below is a look at Week 25’s action on Saturday and Sunday, which begins with an oldie but goodie matchup and ends with an all of a sudden intriguing game in Los Angeles.

Portland went from one of the most consistent teams in MLS to a club with two straight defeats and on the verge of dropping to sixth.

Life doesn’t get much easier for Giovanni Savarese’s men, as they make the trip from Washington, D.C. to Kansas City to take on second-place Sporting Kansas City.

After experiencing a dip in form, Sporting KC rectified the ship with 180 minutes of shutout soccer on the road at Houston and LAFC.

The last two games proved why Peter Vermes’ side have to be considered one of the favorites to win the West.

With three of its next four games at home, Sporting KC has a real opportunity in front of it to eclipse FC Dallas at the top of the West.

Saturday’s weekend opener doesn’t have the national draw it once did, but it carries plenty of importance for the LA Galaxy and Seattle Sounders.

The Galaxy, who sit fourth in the West, should’ve finished off Colorado on Tuesday, but didn’t, and now they face a challenge of taking on the streaking Sounders without Zlatan Ibrahimovic because of turfitis.

During their five-game winning streak, the Sounders have let in three goals, and they’ve scored multiple strikes in four of those contests.

Sigi Schmid’s Galaxy enter with one goal in their last three matches with the Sounders, and they haven’t knocked off Seattle in league play since July 9, 2016.

A win for the Sounders could place them above the red line if Real Salt Lake stumbles in Houston.

Outside of Columbus’ knockout-round victory at Mercedes-Benz Stadium, Atlanta United’s dominated the series with the Crew.

Tata Martino’s men earned one of their seven road victories at Mapfre Stadium on June 13 to move their regular-season record against Columbus to 3-0-1.

Even if the Crew come out of Atlanta with a win, they’ll still be stuck in no man’s land, as they sit eight points back of the top three in the East and nine points above Philadelphia and Montreal.

The Five Stripes must get three points out of Sunday since they won’t be back home in their lavish digs until September 22, as they embark on a four-game road trip that coincides with the start of the NFL season.

No one thought New England’s trip to Audi Field on Sunday would mean anything even two weeks ago, but now it’s a crucial tilt in the hunt for the final two playoff spots in the East.

The Revolution fell flat at home against the Union in Week 24, a loss that dropped them below the red line, while D.C. inched closer to sixth place with a win over Portland on Wednesday.

How the Revs deal with the budding partnership of Wayne Rooney and Luciano Acosta will be key to getting a point out of the newest stadium in the league.

If the Revs, who last won on June 30 against D.C., falter again, Week 26’s trip to Philadelphia could make or break their season.

From the D.C. perspective, it needs to keep doing what it’s been doing since Rooney entered the lineup.

It’s clear Rooney isn’t treating his MLS career like a vacation as other European stars have, and there’s a decent possibility of him leading the Black and Red to a playoff berth.

The Union are in the middle of a contentious fight for the final two playoff spots in the East, a race that heated up recently thanks to the surging form of D.C. and Toronto.

Despite their recent uptick in form, the Union have still alternated a win and loss in their last five games.

In order to prove themselves as a playoff contender, they must take care of business at home against the No. 3 seed in the East.

NYCFC should win this game, and David Villa should be at the forefront of that success, but he’ll have a trickier time than expected against the Auston Trusty-led back line.

While NYCFC experiences a short trip down I-95, the New York Red Bulls must travel across the continent ahead of the third installment of the New York derby on Wednesday at Yankee Stadium.

The second-seeded side in the East still has a game in hand on Atlanta and NYCFC, and a loss at BC Place wouldn’t be the worst thing.

Vancouver earned seven points from its last three contests, but since this is the Whitecaps, you never know if they’ve actually reversed their form.

The Whitecaps could vault over RSL and stay ahead of the Sounders with their third victory in four games.

Playoff implications aside, the clash at BC Place could be a showcase of two of North America’s top young talents in Tyler Adams and Alphonso Davies.

Chicago and Montreal didn’t take advantage of Toronto and D.C.’s early struggles, and now both are in real trouble.

The Fire are quite literally a dumpster fire of a franchise right now, with all of the success achieved a year ago being thrown out the window on their way down the East cellar to 11th place.

The Impact have three draws from their last four contests, with only five goals coming during that stretch.

Don’t expect a ton of excitement, even though both sides are in desperate need of a victory, as the last two matches between the Fire and Impact have been 1-0 games.

No, FC Dallas isn’t going face first on a slip and slide that exits beneath the red line.

Although some FC Dallas fans are starting to have flashbacks to a year ago, Oscar Pareja’s men should find the perfect remedy in a clash with Minnesota United.

The Loons haven’t earned a clean sheet since May 26, and they’ve let in eight goals in their last three games.

Even with Darwin Quintero wreaking havoc on FC Dallas’ back line, it could be a struggle for Adrian Heath’s side to take a crucial point out of Toyota Stadium.

It’s difficult to claim a game is do-or-die in mid-August, but that’s what Saturday feels like for the Houston Dynamo.

The Dynamo are eight points back of Real Salt Lake in the race for the red line, and could slip as far as 11 by the end of Week 25.

The need for points is growing at RSL, as it’s played the most matches of any team in the West, and remember it drew the short straw and sits out Decision Day.

Mike Petke’s side needs a road result to help balance out a 9-1-3 home mark. If the Claret and Cobalt can pull a few road points out of their final trips, starting at BBVA Compass Stadium, they should be safe.

Toronto FC’s reward for winning the Canadian Championship is an easy three points in San Jose, at least that’s what it looks like on paper.

San Jose is still a mess, with only the Fire coming close to matching its disaster status.

The Quakes caught FC Dallas off guard in Frisco two weeks ago, and they’re hoping to catch TFC on the back end of an emotional wave on Saturday.

The final match of the weekend is much more intriguing than it was weeks ago, as the Colorado Rapids have discovered new life since the addition of Kellyn Acosta.

The Rapids enter Banc of California Stadium with seven points from their last three contests.

LAFC earned its first win since July 7 on Wednesday against Real Salt Lake, and their own summer trade acquisition Christian Ramirez could be key to success on Sunday after scoring twice midweek.