MLS Week 27: A Weekend Look Ahead 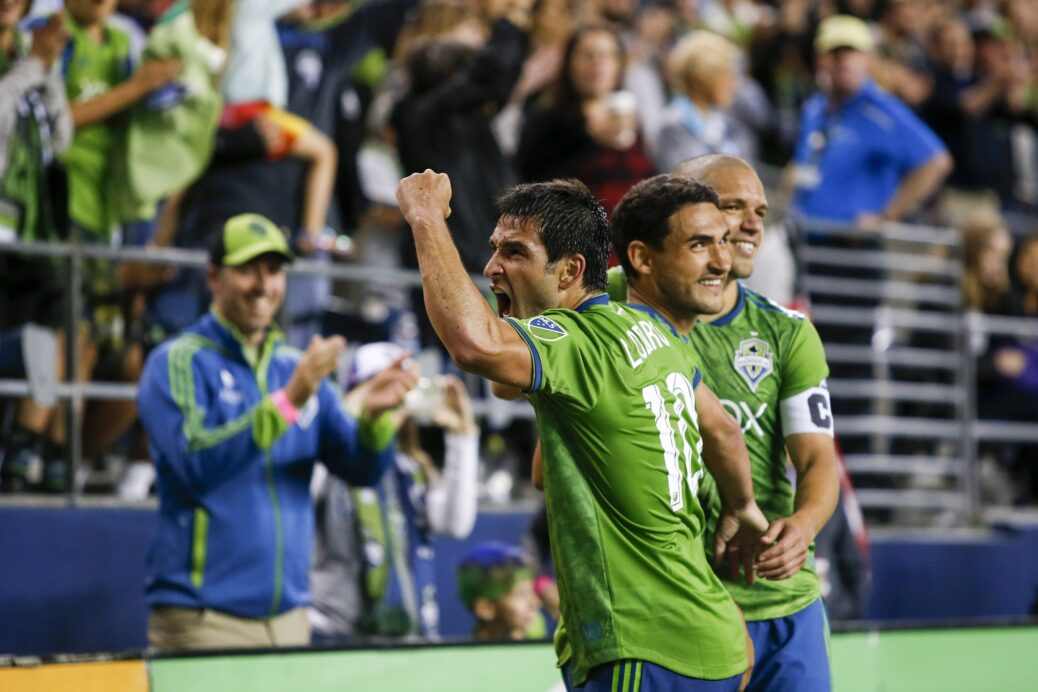 As the calendar flips over to September, we’re starting to receive a bit of clarity in the Major League Soccer playoff races.

A handful of teams used August as a springboard to put themselves in good position to clinch playoff berths. On the opposite end of the spectrum, there’s a collection of sides on each side of the red line in both conferences in bad form.

The matches on Saturday and Sunday present a plethora of opportunities to create momentum ahead of the international break, but based off what we saw in August, only a few teams are actually capable of doing so.

Below is a look at Week 27’s weekend matches.

The team everyone in MLS is talking about faces the club that deserves more attention in the weekend opener at CenturyLink Field.

The Sounders come into Saturday’s clash with Sporting Kansas City in sixth place in the Western Conference with seven straight wins in the bag. Sporting KC’s won four consecutive matches to put more pressure on FC Dallas for the No. 1 seed in the West.

The Sounders scored 10 goals in August, while Sporting KC didn’t allow a single tally in the same span, which means we should see a defensive struggle, with both sets of midfielders looking to control the contest.

Both sides appear to be evenly matched across the field, but look for Chad Marshall to be the X-factor on both ends of the field.

Other Games of the Week

Columbus’ attempts to crack the hierarchy of the Eastern Conference have been as unsuccessful as stopping the momentum of the club’s move to Austin.

The Crew have been stuck in fourth place for quite some time, and now with the Philadelphia Union on their heels, they need to defeat third-place New York City FC at home.

A victory by Gregg Berhalter’s team would serve two purposes, as it would bring it within five points of NYCFC and keep the Union at bay in fifth place.

From the NYCFC perspective, the team needs to find a way to deal with suspensions and injuries to stop a skid in which it won one of its last five games.

With three games in eight days, two of which occur during the international break, NYCFC faces a make-or-break part of its season in which it must put more pressure on Atlanta United and the New York Red Bulls.

The most important development in Toronto FC’s week occurred off the field, as it secured the services of Jonathan Osorio through a new contract.

LAFC felt the opposite emotions of a player deal, as Laurent Ciman departed for French side Dijon, leaving a hole in central defense.

After falling in Portland on Wednesday, the Reds need three points out of their home clash with the third-place side in the West in order to keep pressure on the teams ahead of them in the standings.

Ciman’s departure comes during a run in which LAFC earned seven points from its last three games. Dejan Jakovic and Walker Zimmerman will be tasked with replacing Ciman and containing the threat posed by Jozy Altidore, Sebastian Giovinco and Victor Vazquez.

Conversely, TFC’s back line must limit the interchange between Carlos Vela, Christian Ramirez and Diego Rossi to avoid a slip up at home.

Real Salt Lake is the team in MLS that deserves much more praise than it is currently receiving.

The Claret and Cobalt charged up to fourth place in the West with back-to-back road wins, and now they’re poised to make a run at third with the stumbling LA Galaxy coming to Sandy.

If RSL, who is 9-1-3 at Rio Tinto Stadium, dispatches of the Galaxy, it’ll create separation between the contenders and pretenders in the West.

The Galaxy haven’t won since July 29, and while they’re still in position to make a late-season surge behind Zlatan Ibrahimovic, they need to win games like Saturday to stay competitive with RSL, Portland and Seattle.

Montreal is one of a few teams who failed to take advantage of its position in the standings and is now fighting for its playoff life.

The good news for the Impact is no one really wants to grab hold of sixth place in the East right now, and, because of that, they have an opportunity to knock off the New York Red Bulls and put more pressure on the four serious contenders beneath them.

However, that task will be more difficult than they think, as a rested set of Red Bulls first-teamers head into Stade Saputo with the Supporters’ Shield on their minds.

Normally a team can use a cross-country September trip as a throwaway game in order to focus on more important games in the future, but the Timbers can’t take that approach in New England.

After winning midweek over Toronto, the Timbers have an opportunity to take points from the struggling Revolution.

The Revolution, who are no stranger to summer slides, have two points since the start of July, but because of the futility in the East, they’re only four points back of the Impact.

The Union went from perennial underachievers to a force to be reckoned with in August.

Jim Curtin’s fifth-place side is on a five-game winning streak in all competitions, and it enters Orlando City Stadium as an overwhelming favorite to knock off Orlando City.

The Lions have one victory since May 6, and they’re only three points above the league’s worst point total after San Jose’s win over FC Dallas on Wednesday.

FC Dallas is one of the more confusing sides in MLS right now.

Although it sits in first place in the West, the conference leaders lost twice to the Quakes during an August in which it took four points from a possible 15.

The Dynamo enter in worse form, as the team hasn’t won since July 7, but since this is a rivalry match, it should carry an extra punch that a regular contest involving either of these teams wouldn’t have had given their recent form.

If the Quakes didn’t play Minnesota United or FC Dallas this season, they’d have eight points.

Remarkably San Jose’s been able to earn nine points on the road this season, and it’ll be cast in the role of spoiler until October 28, which might suit it well.

The Whitecaps are on the outside looking in at the top six of the West, and in addition to a win over the Quakes, they’ll need some help in Week 27 to enter the international break with some level of comfort about its playoff position.

Even though D.C. United holds two games in hand on its closest competitors, Sunday’s home match with Atlanta United has some sense of a must-win.

With six points still left to make up on the Impact, the Black and Red must recover from back-to-back losses in order to have a chance of contending for sixth place.

Atlanta’s back and forth with the Red Bulls at the top of the East continues, and it passed the first of four road tests during Rivalry Week.

If Tata Martino’s men are able to get a result at Audi Field and do the same in Colorado and San Jose, they’ll be in a good position to go after the Supporters’ Shield in October .