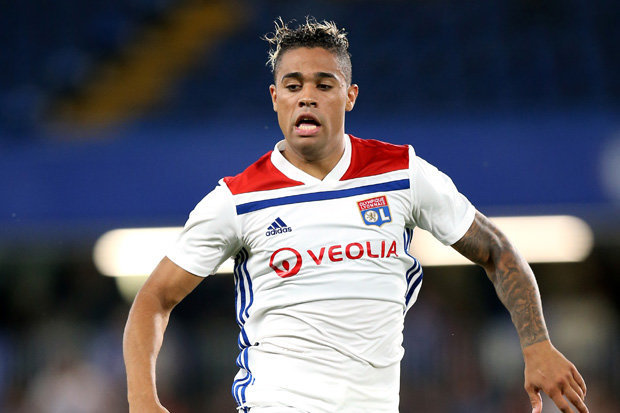 With Cristiano Ronaldo now gone to Juventus, Real Madrid have added a familiar face to their attacking front, the club said Wednesday.

Mariano has returned to Los Blancos from Ligue 1 side Lyon for €30 million, Goal reported. The forward spent one season with Lyon in 2017-18, joining for €8 million last year. He scored 18 goals for the club but has not found the back of the net since April.

The Dominican Republic international has signed a five-year deal with the defending European champs, and will be introduced to the fans on Friday.

Mariano, 25, worked his way through Real Madrid’s system eventually seeing time with the first team in 2016. He only made eight appearances, scoring one goal but will hope to see more time this season.

Los Blancos are back in action on Saturday at home against Leganes.

AS Monaco have bolstered their backline with the acquisition of Benjamin Henrichs from Bayer Leverkusen, the club announced Wednesday.

The 21-year-old joins the Ligue 1 side on a five-year deal, ESPN reported. Henrichs, a product of Leverkusen’s academy, made 28 appearances in all competitions in 2017-18 registering one assist.

“I am very proud to be involved with AS Monaco, a top European club for many years, and I will do everything I can to adapt quickly and help the team achieve many victories, with the staff and my new teammates,” Henrichs told the club’s website.

Monaco are coming off a defeat in league play and host Marseille on Sept. 2nd at the Stade Louis II.

Seydou Doumbia has joined his sixth team over the past four seasons, signing with La Liga side Girona, according to the club.

The 30-year-old has inked a three-year deal with Girona, after several loan spells from AS Roma, BBC Sport announced.

Doumbia’s most successful season domestically came with BSC Young Boys, where he tallied 50 goals in 64 appearances from 2008-2010. He then moved onto CSKA Moscow, where he scored 61 goals in five years.

Since then, he failed to score goals in separate loan spells with both Newcastle United and Sporting Lisbon. Doumbia won 38 caps with the Ivory Coast, and should provide veteran experience to a squad hoping for a top-ten finish.

Girona has failed to win in either of their two opening matches this league season, and travel to Villarreal on Friday.

Badou Ndiaye’s stay with Stoke City has been a short one with the Senegalese returning to his former club Galatasaray on loan.

The Potters confirmed the 27-year-old’s move on Wednesday, after he joined Stoke for £14 million back in January. During his time with the Potters, Ndiaye scored two goals in 14 matches but was unable to help them from relegation to the English second-tier.

Ndiaye only made 17 appearances for Galatasaray before moving to England. He has also seen time with Diambars, Bodo/Glimt, and Osmanlispor. He also has won 17 caps with the Senegalese National Team.

Galatasaray next faces Trabzonspor in league play on Saturday.