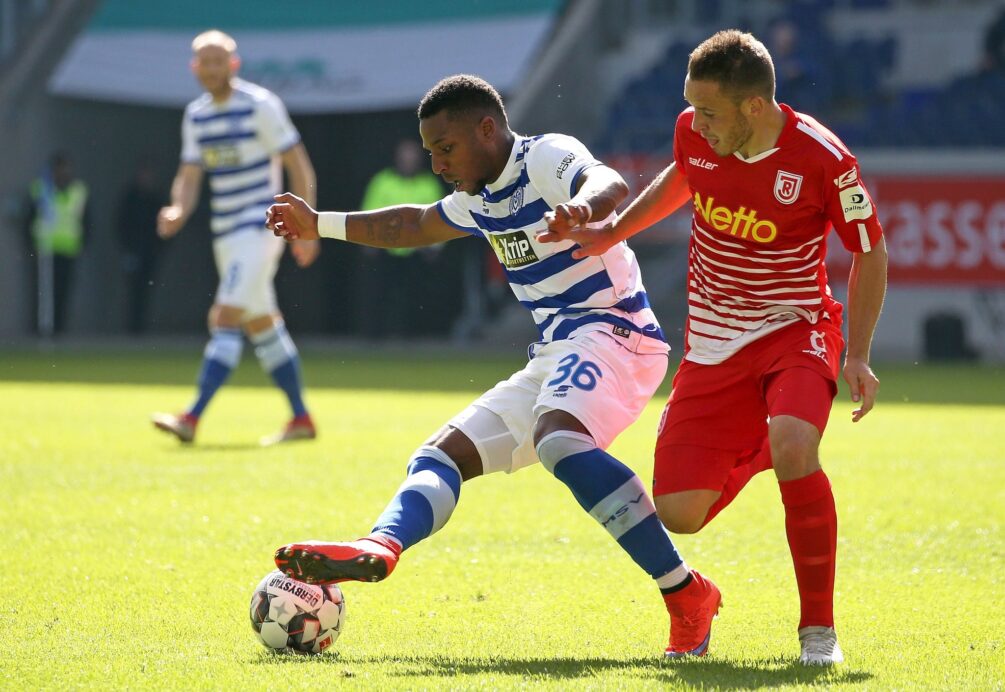 Joe Gyau has been fighting for his first start of the season in the 2. Bundesliga. On Saturday he answered the call for Duisburg despite a home defeat.

The 26-year-old Gyau scored his first goal of the league season playing 69 minutes in a 3-1 loss against Regensburg.

Already down 2-0 after 13 minutes, Gyau gave the home fans something to cheer in the first-half. The midfielder’s right-footed shot from a Ahmet Engin pass found the high center of the goal.

It was Gyau’s first goal since last season when Duisburg earned promotion to the German second-tier.

A 78th minute penalty by the visitors sealed the comfortable win as Duisburg remained winless to start their league campaign. Duisburg (0-6-2) are bottom of the 2. Bundesliga and needing some positive results to go their way in order to move up the table.

For Gyau, hopefully his strong outing will lead to another start on Oct. 8th when Duisburg takes on FC Koln. He has two caps with the U.S. Men’s National Team.