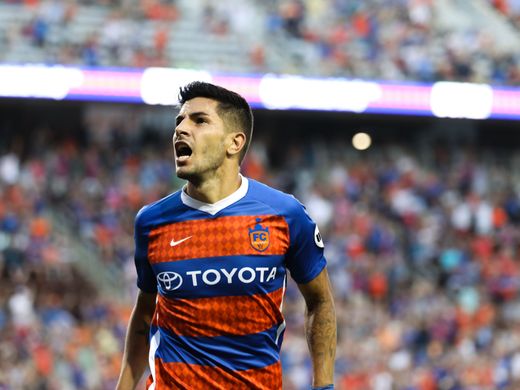 USL side FC Cincinnati may be moving to the big show in 2019 but they first made sure to end their final regular season on a high note.

Alan Koch’s men clinched the USL regular season championship on Wednesday night, rolling past the Richmond Kickers 4-1 at City Stadium. Despite an hour-plus weather delay in the second-half, Cincinnati used a brace from Emmanuel Ledesma and goals by Nazmi Albadawi and Emery Welshman to claim their first-ever regular season title.

With three matches remaining, FC Cincinnati’s record stands at 22-3-6 which has broken the league record for wins (22) and points (72). It will be a great send off for the club who make the jump to Major League Soccer next season.

Cincinnati was awarded an MLS expansion slot last May and will continue to play at Nippert Stadium until their new, 21,000-seat soccer stadium in the West End neighborhood is completed.

Up next for Koch and Co. will be their final home regular season game against the Indy Eleven. FC Cincinnati will be favorites to win the USL Cup which they have yet to do in their history as a franchise.

The USL playoffs kick off on the weekend of October 20.