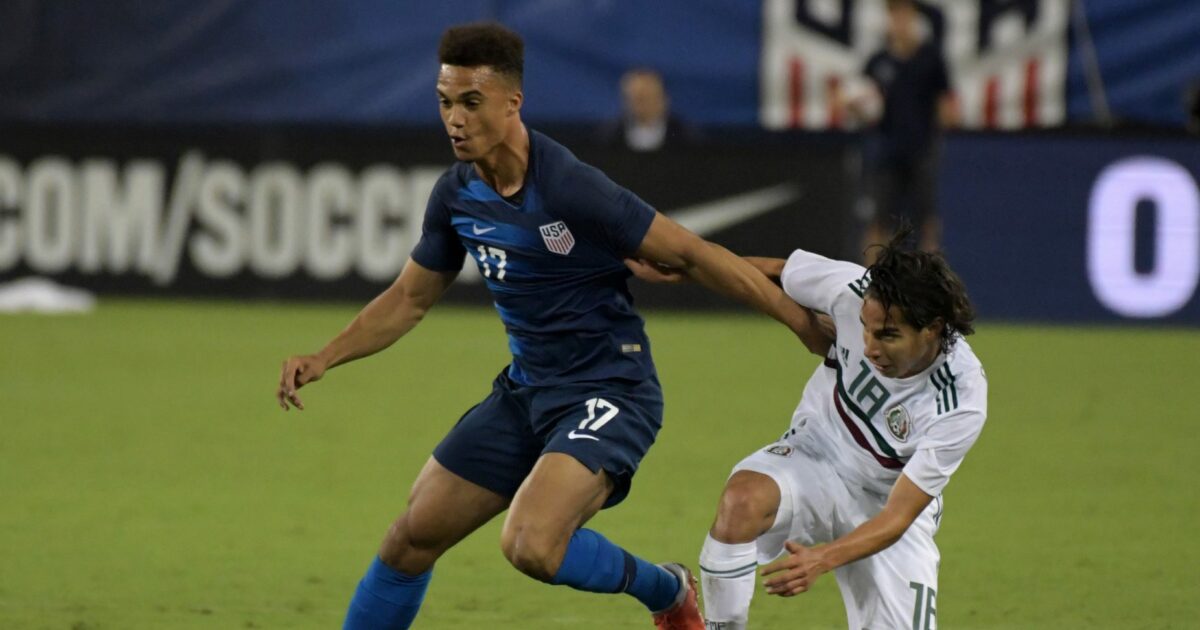 Tuesday night’s 1-0 friendly win over Concacaf rivals Mexico was not the best performance by the Stars and Stripes, but it was a win nonetheless. Tyler Adams played the hero for Dave Sarachan’s squad, scoring the winning goal in the second-half.

However, defender Antonee Robinson registered the assist on the winner by Adams which highlighted a huge bounce back performance by the 21-year-old. It was an improvement for Robinson who starred in the second-half following a disappointing showing four days prior against Brazil.

“I didn’t really have the Brazil game on my mind too much too much,” Robinson said. “I thought I have to be ready to go out and do my best whenever I’m needed. I came on and did my part and that’s really all you can ask for.”

“It felt really well. The coach told us before the game the whole team needs to be ready. It’s such an important game for us, especially on a day like this. It was really meaningful to come on and have an impact on the game.”

Robinson replaced Eric Lichaj in the 56th minute and played a huge role on the eventual winner in the 72nd. The Wigan defender made one of his dashing runs down the left wing, and cut a ball back inside the box. Adams was fortunate to get to it before the Mexican backline did, and slotted in his first senior goal for the USMNT.

It was a sigh of relief for Robinson, who was able to have an impact in what turned out to be a heated affair between these two rivals. Despite several regulars missing from the squad, El Tri had numerous chances to equalize but was unable to avoid their second consecutive friendly defeat.

“I just seen the defenders all close to the goal so I cut it back and hopefully someone gets on the end of it and thankfully Tyler did and it was a great finish,” Robinson said.

“It was definitely feisty. There was a few things going on. A few instances with Matt [Miazga], a few dirty tackles, and the tackle on Wil [Trapp] was disgusting. I felt the team kept their head and was really together and we just showed we had it better mentally over our rivals.”

Every player is going to face times where their talent is questioned, and be able to prove they belong with the rest of the team. Robinson is one player who has not guaranteed a spot on the team long-term, but has impressed Sarachan and his staff both domestically in England and internationally.

“I think with Antonee, I was quick to pull him aside after that game against Brazil because everybody was pretty harsh on him,” Sarachan said. “He had some pretty good moments in that game, but people remember the moment that wasn’t so good. I think that’s going to happen with every player.”

“With him, he still has an inner confidence and you can see it and he even made a couple mistakes tonight, but generally he was really good. As an athlete, you want to get back on the horse when you get knocked off it and I thought he did great.”

As Robinson now heads back to Wigan, the goal will be to continue soaking up first-team minutes with the Latics as they fight for a top place in the English second-tier.