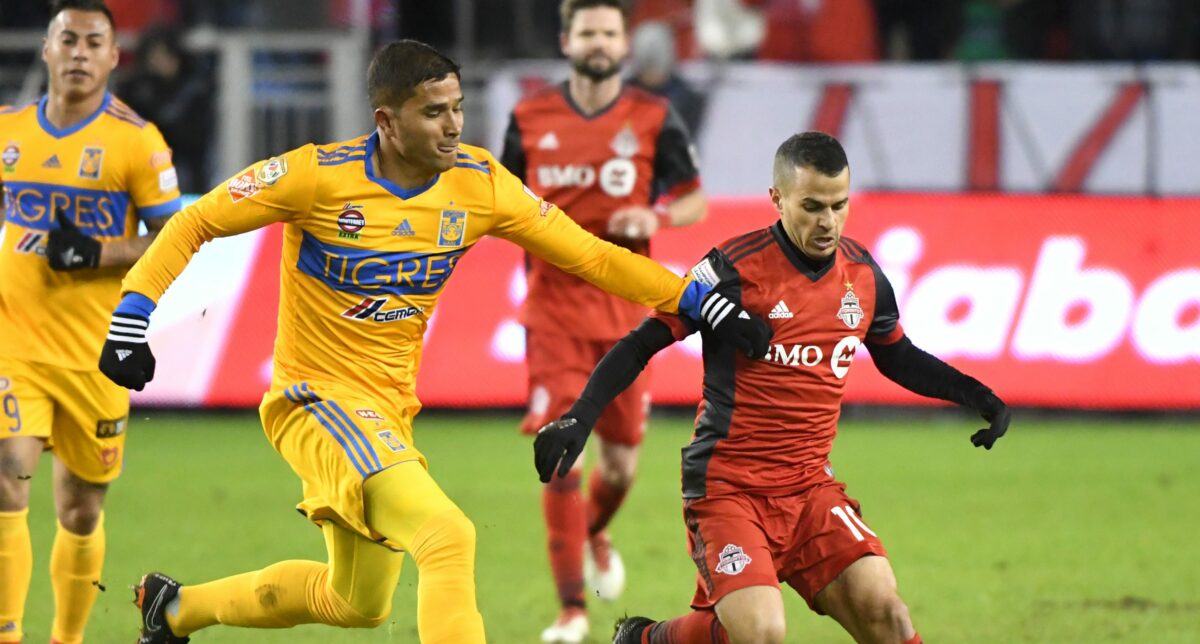 Five months after their heartbreaking loss on penalties in the 2018 Concacaf Champions League Finals, Toronto FC have a chance to get revenge on Liga MX in the first ever Campeones Cup as they take on Tigres UANL Wednesday night at BMO Field.

The Reds beat Tigres in the 2018 Concacaf Champions League quarterfinals but lost to Chivas de Guadalajara in the finals, a disappointing finish for a team that looked to be MLS’ best chance at finally winning the tournament.

“We want a rematch after losing the Concacaf final,” said TFC midfielder Jonathan Osorio. “Tigres is a very big club. When we met in the Champions League, it was a beautiful match to play because they have very good players, players well-known in the world of football. It will be a very good match.”

Osorio and TFC held off Tigres 2-1 in the first leg of their quarterfinals series at BMO Field. Tigres opened the scoring in the 52nd minute of that match, but a 60th minute equalizer from Jozy Altidore and Osorio’s 89th minute game-winner gave Toronto the edge in that game.

Tigres won the second leg 3-2 thanks to two late goals for the Liga MX side in the 84th and 93rd minutes, but Toronto advanced on the away goal tie breaker.

The match comes at a strange times for the two sides, as both clubs have had disappointing results in their respective leagues. Toronto FC currently sit in 9th place in the MLS Eastern Conference, while Tigres sits in 7th place in the Liga MX Apertura table.

The question many are asking heading into the match is how will both teams approach a game from a lineup standpoint? Will the two clubs come out with strong, first-team lineups in an attempt to win the inaugural cup match, or will they save their starters for upcoming league matches in an attempt to salvage their respective seasons?

If Toronto FC head coach Greg Vanney’s thoughts on the competition are any indication, Toronto FC will put out a strong lineup and look to represent MLS well.

“This is an important game, for the league and our fans,” Vanney said. “This is a cup that is going to become important over the years.”

If nothing else, bragging rights will be on the line for fans of both MLS and Liga MX. The two leagues have developed a rivalry in recent years. Liga MX has traditionally been the stronger league, with Mexican clubs winning most matches between MLS and Liga MX sides. However, as MLS clubs continue to improve, the gap between top MLS and Liga MX has begun to close.

That rivalry is exactly what MLS and Liga MX officials are banking on for the Campeones Cup to be a success. A win for Toronto FC over a strong Liga MX side, even in an artificial one-off cup competition, will help show that MLS is catching up—if not caught up—to the Mexican league in terms of quality. On the other hand, if TFC fields a full-strength side and Tigres win in Toronto, it could reinforce the idea that MLS has a ways to go before reaching Liga MX levels.

“We want to win,” Osorio said. “For our league, but more for our club, for Toronto; to show this club is at the level of the big clubs in the Americas.”